Datacenter in the streets, Gaming Beast in the Sheets

You might have seen old tesla’s for sale on ebay pretty cheap, but they don’t have any video outputs
with the new windows update that doesn’t hold you back anymore

this guide is specifically for the K40, the tesla version of the Kepler Titan Black, but I’m pretty sure it’ll work with any Tesla, post your results in the comments

first thing first you need a motherboard that can handle a graphics card with REALLY huge bar space all at once, so older boards are out, I got reliable results with b350 and newer, I tried on z77 and X79 and while I could boot with the sabertooth z77 it didn’t have enough bar space to use it, if you have a motherboard that works please post your specs of your success for others to see

you might also have luck with workstation or server class hardware as long as they support, UEFI, disabling of CSM and Above 4G Decoding

you’ll also need integrated video, you can try using another graphics card but that’s just asking for trouble as that’s even more bar space your mobo will need to handle

Setting Up for Success

so before you even put the card in the system you’ll need to set some things up, first enable UEFI mode, disable CSM, and enable above 4G decoding

then you’ll want to install windows, you’ll want to make sure its the UEFI GPT install of windows. after its installed its at this point you’ll want to get your CPU/RAM overclocking as if you reset the bios, it resets the above settings which will make your computer not boot while the Tesla is plugged in

plug in your tesla, and now you want to install your integrated GPU drive, then the Tesla driver, you can use latest as of 462.33, note that you can’t just reuse your Geforce drivers you have hanging out in your flashdrive, you need the datacenter drivers, its as simple as going to the drivers page (note: geforce driver page will not work as its for geforce only)

image957×380 23.3 KB
its advised you restart after each driver install. after you install you tesla driver you’ll want to modify you Registry
so type in start menu Regedit and then navigate to here

great now it’ll use your tesla for rendering, but its a little lacking in power since it doesn’t boost by default and MSI afterburner doesn’t seem to change clocks, so lets fix that

your default clock is 745mhz, I was able to get mine to 1125mhz and heres how

open up CMD with admin privileges
this website might come in handy for reference but these are the commands you’ll most likely need
https://pubs.cray.com/bundle/CS_Storm_Hardware_Guide_H-2003_Rev_E_CS-Storm_Hardware_Guide_Ditaval/page/NVIDIA_GPU_Boost.html

nvidia-smi –q –d SUPPORTED_CLOCKS
this will tell you what you can SET your overclock to
you’ll want to first give root access to set your clocks so enter in the nvidia-smi -acp 0 command before anything else, then the other two

the first number is the ram speed and the second number is the core clock
if I were to give plus 121mhz to the memory and +250 to the Core in afterburner I would then need to input
nvidia-smi -ac 3125,1100

this of course is for the K40, it’ll be different for other teslas

if you get any errors, make sure that you have already gave yourself root permissions and what you can set your clocks to with the supported clocks command

if you’re still need help let me know down below

Congratulations, you now have a 12GB GTX Titan Black

which doesn’t mean as much today as it would 8 years but its still a damn good card, you’ll want to run games in DX11 if you can, DX12 games will start but will likely run like ass if they force DX12 features like Dirt 5 does

Physx is not by default enabled on Tesla by the driver but I think that’s likely remedied with a registry hack or modded drivers, if you can get it to work the batman games are one of the best examples of it

most of these cards are meant to be in servers with rely on the servers fans for airflow, so they don’t have fans of their own, You need to attach fans to this there are 3D printable adapters that let you use either standard case fans or blower fans, there are also PCI plate adapters the let you mount a 92mm fan on the outside of your case, I would recommend using this as a Pull fan in a Push pull config, remember, the cooler the core the better the your highest stable clock will be 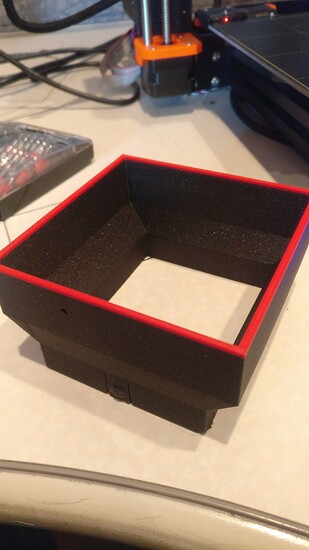 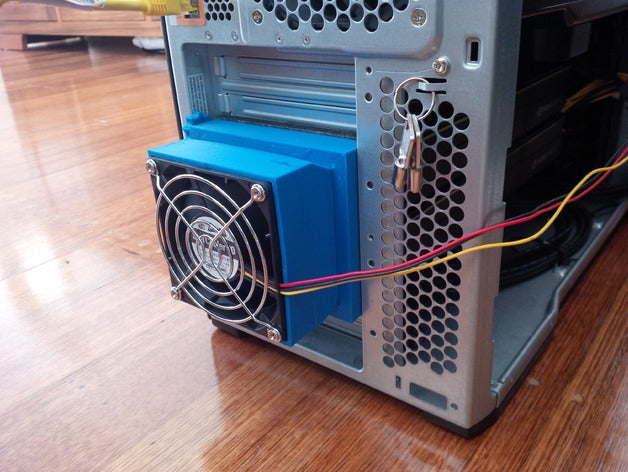 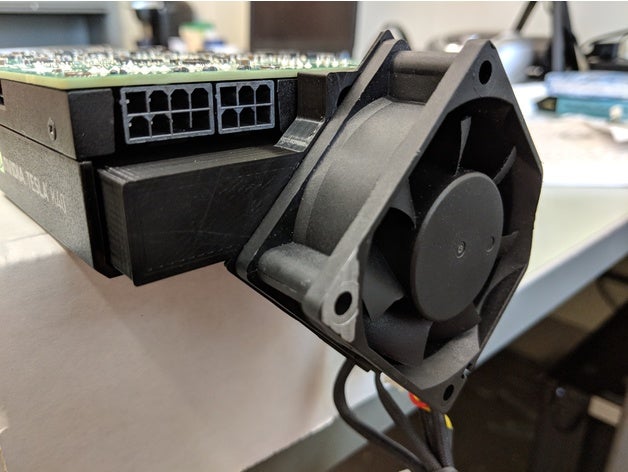 Shroud (mounting bracket and duct) to cool the nVidia Tesla K40 with a 60mm fan. Details and issue tracker are on GitHub. 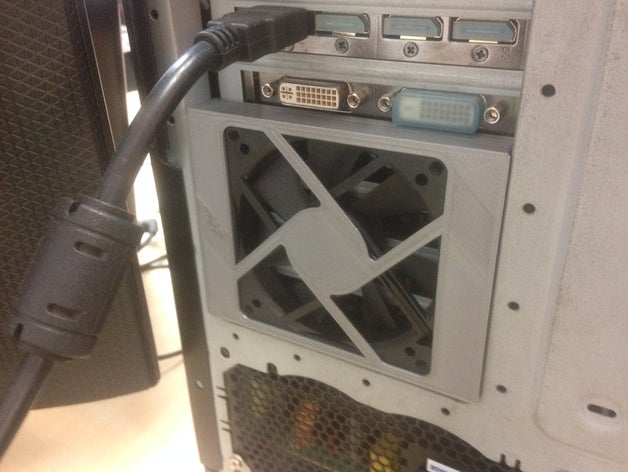 fan for pci slots by guilem

This is a mount for a 80x80x10mm pc fan. Is adjusted to fit over the pci slot outside of the computer case. Not will fit in some cases and require 4 empty slots. Probably you can reduce the borders to use only 3. It has a slot in the lateral for be... 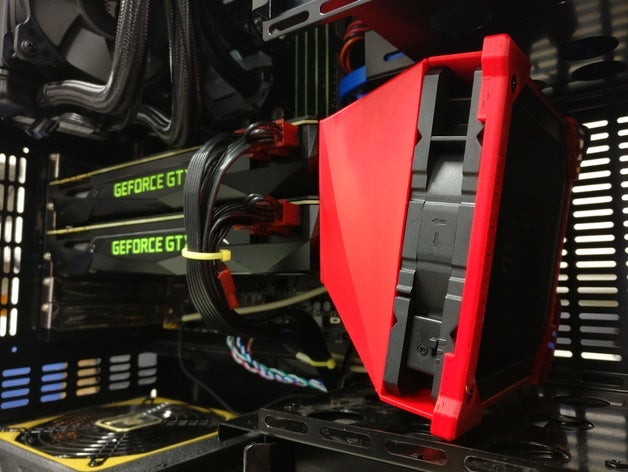 I had two TITAN Xs and I was doing a lot deep neural network training several months ago. I assumed that the two card should handle the heat well and they supposed to have some kind of safeguard to prevent the card destroy it self. It turns out I...

— 'To preserve the integrity of GigaBuster’s creative vision, these were shot in 4:3 to show the impact of the larger than life titan class card 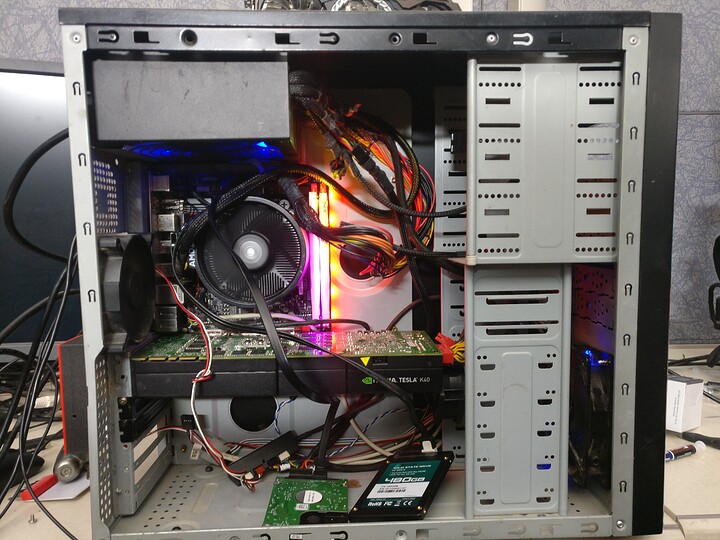 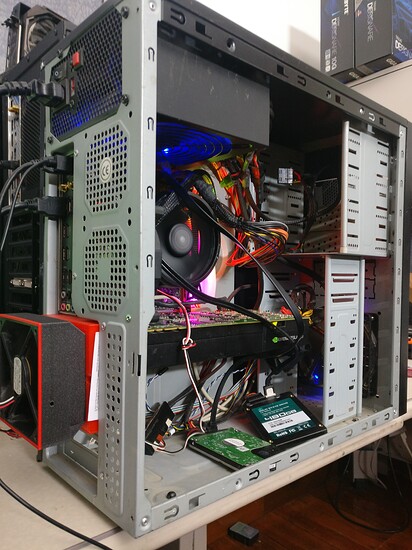 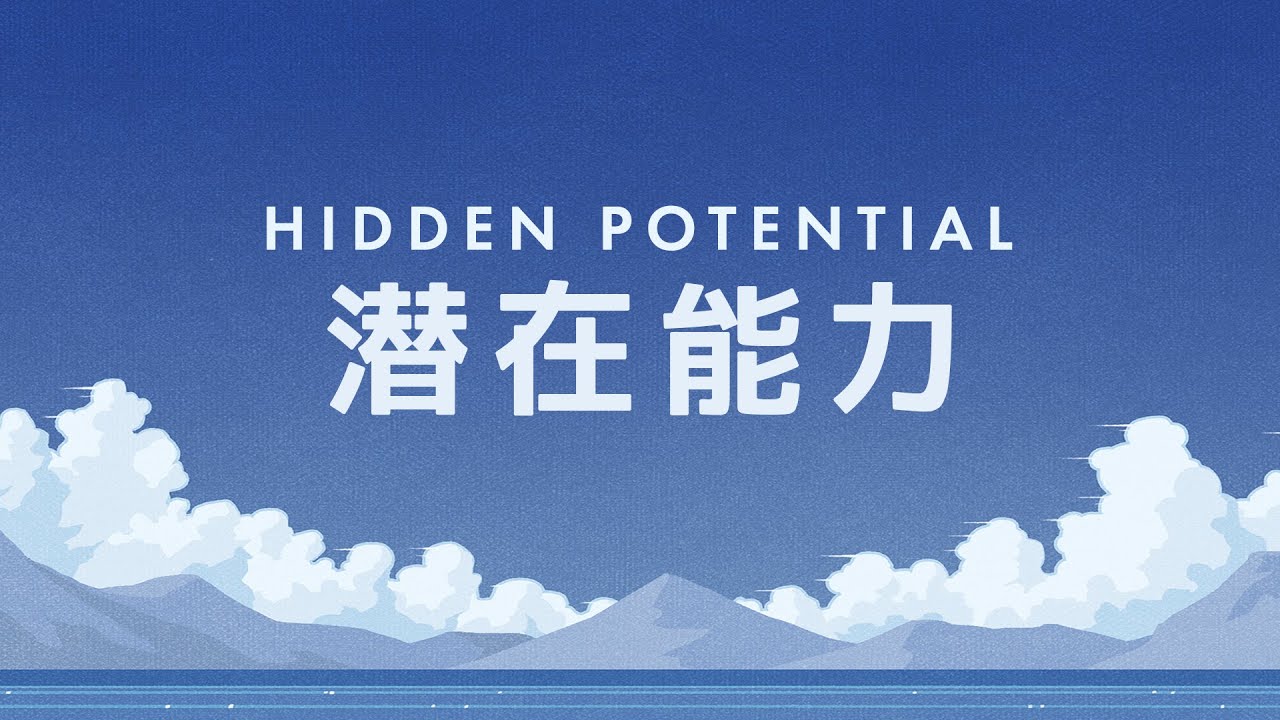 200W+ TDP GPU released around the time of the GTX 780 (back in 2013)? I’m impressed that you got this to work, but not 100% sure how practical this is as the cards sell for $120+ USD used, and someone’s unlikely to accidentally stumble upon one of these in eWaste.

To add to this; if you are going to do BIOS mods for GK110B and don’t have the cooling seriously worked out DO NOT OVERVOLT. Big Kepler wants juice but if you haven’t got it properly cooled it will bake itself to death. Enjoy your cheap Titan with moderate voltages if you’re not going custom cooling.

not 100% sure how practical this is as the cards sell for $120+ USD used, and someone’s unlikely to accidentally stumble upon one of these in eWaste.

Because a Titan Black is $400 with half the RAM. 2021 GPU Challenge: find a modern card with equivalent performance readily available for the same price as a K40.

I’m fixing to get the maxwell version, the M40, I have high hopes

That’s a very good point. GTX 680’s sell for about the same price, but only have 2GB VRAM, and would not perform as well.

The only thing I’m not sure of is driver optimizations, it uses the tesla version of the driver so it’s got the horse power just not too sure about the optimizations, I don’t have the data on hand but it did 1440p arkham knight decently

You should add onto the thread if/when you see any games misbehaving. Also what “current” GPU would this technically compare to in performance?

There’s a video coming out soonish
DX12 games with DX12 features don’t like it but, like they don’t like any other kepler card either, they don’t perform particularly well or don’t start, horizon zero dawn wouldn’t start but that could just be it being a buggy port

M40 installed and showing up as a high performance device, installing afterburner and installing games to see how it does 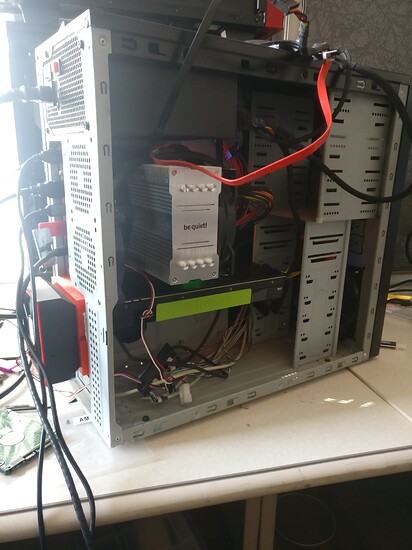 Install PhysX software by itself and go into nvidia control panel and select the M40 as a dedicated device and hardware physX works, this is a must have for batman games

This is fucking stupid I love it

Still some time before the video goes live

A titan made of platinum and gold.

Borderlands 2 also looks great with PhysX and it is super obvious is if is working or not.