Welcome to Part Three!
This builds on the first two parts of this Series, which you can find here and here.

Having installed TrueNAS Scale and created a Storage Pool and Dataset, we’re now ready to install an application on the Host.

This Guide will go over the general options and then show you step-by-step how to install a Docker Container via the GUI, at the example of Jellyfin.

Before we start to configure anything, it’s important to understand what we’re working with.

TrueNAS Scale is built on k3s, which is a leightweight implementation of Kubernetes - a Container Orchestration Solution focused on making it easy to deploy Containers on multiple Devices in a Cluster for Load Balancing or High Availability.

These functions aren’t yet implemented fully in TrueNAS Scale and we won’t be covering much about Kubernetes, but it is important to keep in mind that there’s more than just plain Docker behind the GUI.

A Helm Chart defines how Kubernetes deploys Containers and related resources like Networking and Storage.

TrueNAS Scale’s Official Apps and also the community-maintained TrueCharts Catalogue are a collection of Helm Charts, which pre-configure almost everything and make it very easy to deploy more complex applicatons that might need multiple Microservices, e.g. a Webserver, Database and Application Container.

I’ll not go over how to deploy these kinds of Apps in this Guide as it’s quite well-documented, but here are some resources that might come in handy if you choose that path:

As an alternative methods to using pre-configured Helm Charts, TrueNAS Scale has an Option to launch Containers via a GUI which exposes most important Configuration Options.

It makes it easy to deploy Containers without much knowledge of the underlying Kubernetes while still exposing enough Options to make more advanced configuraitons feasible.

It is the only sanctioned Option you will have if the App wanted is not in the TrueCharts Catalogue, installing via the CLI is almost always a bad idea as it will break on Host Updates.

This is also what we’ll be using in the example below to install Jellyfin on our TrueNAS Scale Server.

Jellyfin is an Application that can be an equivalent to Netflix, Spotify and a Kindle Library by creating your own local streaming service.

A few links that might come in helpful:
Clients for Jellyfin
Hardware-Acceleration (Out of this Guide’s Scope)
Organizing Media 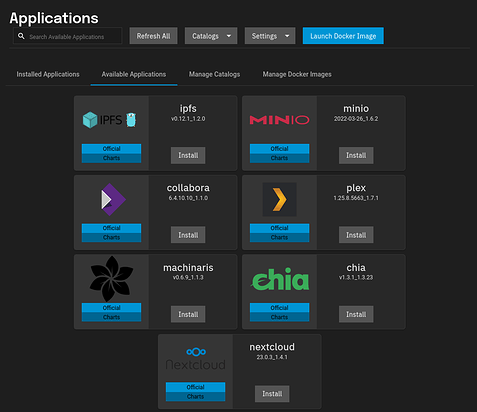 If we were going to install Applications only via that Method, we’d be done now, but since we’ll use the “Launch Docker” GUI, there’s two more Steps ahead:

Creating a Dataset for Peristent Jellyfin (or other Containers) Storage

To make sure Configuration Data of our Jellyfin Container isn’t lost if we upgrade or uninstall the App, we’ll store its data in a separate Dataset in our Pool.

Changing the Permissions on the Dataset

Create Directories for Jellyfin in the Newly Created Dataset

Now that we’ve created a Dataset with Directories that Jellyfin can use to store Configuraton Data Persistently, we’re ready to Configure Jellyfin.

Configuring Networking to the Container

We have Multiple Choices Now, only follow one of the two Folders below as mixing the settings up will Collide:

After you’ve followed one of the two Options above, Continue on with the Guide.

Now, we’ll have to create two Host Path Volumes for Config and Cache, plus one to access our Dataset where Media is Stored.

As this is a lot to Type out (and possibly get wrong), here’s everything Entered:

Navigate to the Web Interface one of the following ways:

Now that you’ve successfully set up Jellyfin on your TrueNAS Scale Server, it’s time to get some Popcorn and start watching movies! 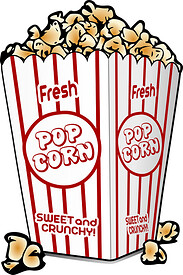 In the next Part of the Guides we’ll go about setting up File Shares via the Network.

Thank you for this! I have my collection in place now. Initially I thought it would get from the truecharts app repo but it seems to have got it from ix-charts? If TrueNAS had these in the first place, why wont they show it along with the built-in Apps? This will break when TrueNAS updates, isnt it?

You got the Container itself from Docker Hub, I’ll edit the Wiki to explain it a bit more.

If you followed the Guide it shouldn’t break on updates, unless if there’s major breaking changes introduced in the Updates.

But even if it should break - with the config stored in a dataset, you don’t loose any data

I should add that proper folder name and filename structures are required because Jellyfin parses the directory structure so that it could be run with nice pictures, description, cast, etc that it pulls from the internet. I didnt RTFM and just dumped my video collection in the media dataset and did not recognize a lot of my movies and tv series.

Thanks for your tutorials. I am planning to upgrade (or rather replace) my current TrueNAS core with TrueNAS scale. And jellyfin sounds like it might be good choice for my occasional movie/show watching. Maybe combined with something that can automatically download torrents. And I see that Jellyfin is written in .net core which is nice, the new multiplatform opensource version of .net is very cool and performant…

Hi, I’m runing into a problem witht the networking part, I’d like to be able to reach Jellyfin witht he IP of the host i.e: SERVERIP:8096 but i’m not sure how to achieve this?

It’s explained in this Part of the Guide: Click me!

There is two Options there, you’ve got to follow the Tutorial in the Second Spoiler and forward a Port to the Host’s IP.

Keep in mind it has to be a port higher than 9000 on the Host Side.

If there’s any additional questions, let me know.

Thank you for the speedy response, I’m now scanning librabry

Thank you for the guide. Can you go through how to ensure hardware encoding with a GPU via Docker? I’m going to do my own research as well, but if you see this, I’d love a published answer

I’m able to add the Host Path mount points but Jellyfin is not able to show the contents of the libraries. Is there additional permission required on the dataset?

Welcome to the Forum!

The Dataset which has your Media needs to have Read Permissions enabled and the Dataset used for Jellyfins App Data should be owned by the “apps” user and group as described above.

From what you’re saying it seems the issue is with accessing the Media Dataset from the Jellyfin Container?

To be able to help you better, please share your Datasets Permissions and Jellyfin Docker Configuration with us. It’s hard to diagnose a problem otherwise.