This is a thread about cases that work with the Actic SP3 CPU cooler designed for 4u cases. 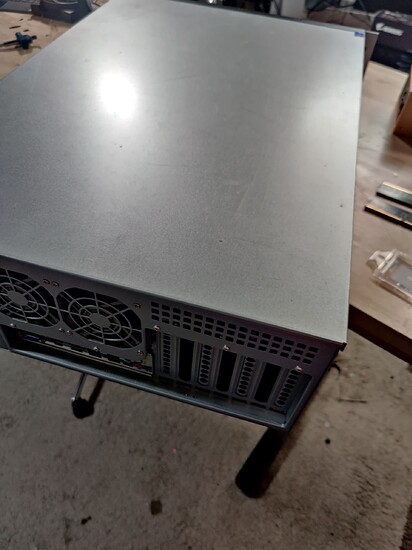 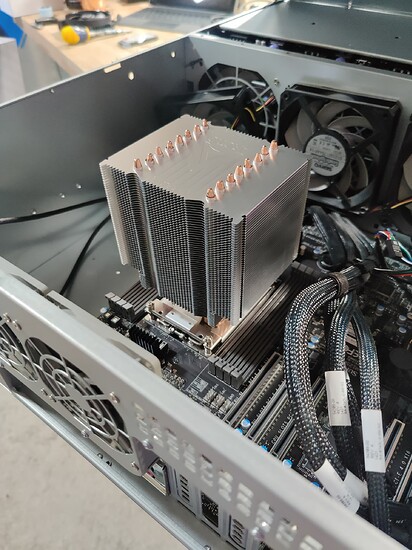 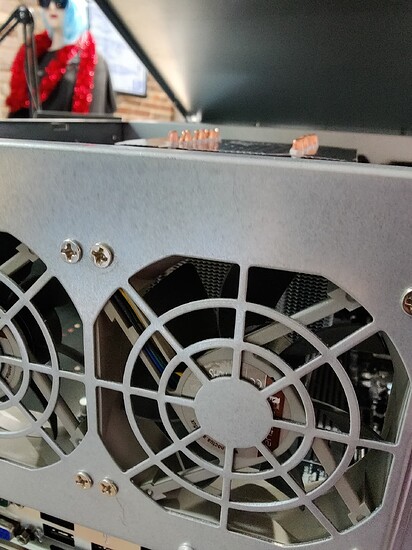 Do you have the sp3? Post your confirmed-fit and confifrmed-not-fit below.

It’s a great cooler and I considered getting one, but after too much measuring figured it probably wouldn’t fit in my old supermicro case. They really could have saved a lot of headache by reducing the height by 5-7mm so it could fit into everything, I’m doubtful it would effect temps noticeably.

I use a different Norco case, and I got -2mm clearance. but I just have to rest the lid slightly on the cooler.

Presumably it would cause damage over time to the motherboard, but I figure if it lasts another 2-3 years, then gen1TR should really be replaced anyway.

the case I got, a Norco clone, has a mobo plate under it.

I could remove the plate and have the mobo a bit lower to fit, but I’d just change the problem to the PCIe slots not being fully connecting.

Rather keep the PCi cards snug, and slightly rest the lid.

the other case has a nh-u9-tr4-sp3, which has plenty of clearance.

The 44xx series uses a standoff with a very short threaded insert in the bottom metal sheet of the case. Which is also a hassle because finding those in a lower height has proved to be impossible so far. So the next thing was looking at the SP3 itself. I’ve looked at somehow lowering the copper at the top. I’ve found in other forums not to heat heat pipes as to bend / mold the copper as the pipes will explode. The best option I found on another forum that I have to try out yet is to use a (small) hammer to make the copper more flat on top. I haven’t dared or tried this yet.