WELCOME TO THE UNOFFICIAL WINDOWS GAMES ON LINUX TESTING THREAD

There are now many new games to test on Linux. Thanks Valve and everyone involved in making this happen

Steam for Linux :: Introducing a new version of Steam Play

In 2010, we announced Steam Play: a way for Steam users to access Windows, Mac and Linux versions of Steam games with a single purchase. More than 3000 of the games that have been added to Steam after that point have included Linux support, with more...

In order for it to work you need to opt into the beta channel on your Linux Steam client. In: settings - > account. Then goto the Steam play tab in the same menu and enable the above. Experiment with the second option if you want.

Valve just added their first update to Proton today… [image] There should now be an option for 3.7-4 Beta.

Post your experiences and if you feel okay doing so, your hardware Specs / Distro. 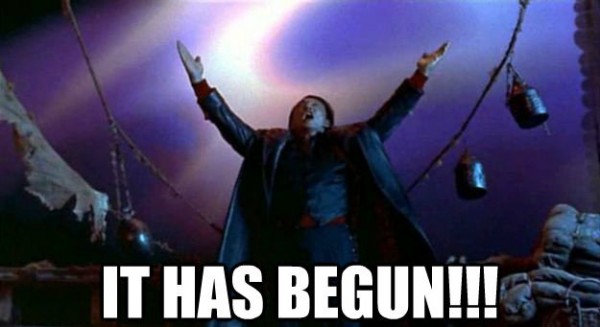 Pro-tip: Make a ‘Proton’ or similar category in your games list ( right click on a game and ’ set categories ’ )
That way you remember what games you have been testing.

Note: updates may have caused some of the Proton games to stop working
You can delete the appid folder from steamapps/compatdata and it should reset the proton portion of a game.
This will include any user made tweaks. (do this at your own risk ofc).
Finding the appid of a game is as easy as going to the store page and looking looking at the URL presented on the top of the client.
There is also the https://steamdb.info/apps/ search function.
Thanks @Dje4321 for the headsup.

Some older Games I’ve tested so far both options:

No performance issues or glitches so far.

fyi i have a slow connection so going for older lower spec games. il let others with faster connections do the heavy lifting

Have been testing this and I’ve only tried a couple of games.

for Skyrim performance isn’t great and have screen tearing on some of the games I’ve tested.

I will test this later when I have the time.

Games which work on my system:
Lego Star Wars III
Witcher 3 (bad performance)
Games which dont:
Fallout 4 (only blackscreen after the launcher)

Installed three games and struck out. It will open a box saying what the game is and will instantly crash. Running Elementary Loki. Will try Ubuntu 18.04.

Update: Installed Ubuntu and got the same result. I’m not going to worry that much. It’s a day one beta release. I’ll keep an eye on it.

Anyone else having trouble getting Civ4 to run with it? Interesting considering civ4 is gold support (or whatever) for regular wine.

I put it in my download queue and I’ll check it in the morning. What exactly does it do?

I wish I could test FFXIV (it already looks okay-ish with DXVK) but the download size is humongous.

Did anyone tested with a DualShock4? Does it works like it should or it is presented as a x360 controller?

In order for it to work you need to opt into the beta channel on your Linux Steam client. In: settings - > account . Then goto the Steam play tab in the same menu and enable the above. Experiment with the second option if you want.

Keep in mind, that you have to enable the beta first. You can do that by going to Steam --> Account and enable Beta participation.

Also, for those with separate windows partitions with Steam installed on it, I suggest adding the directory to your Steam Library Folders in the Downloads section. 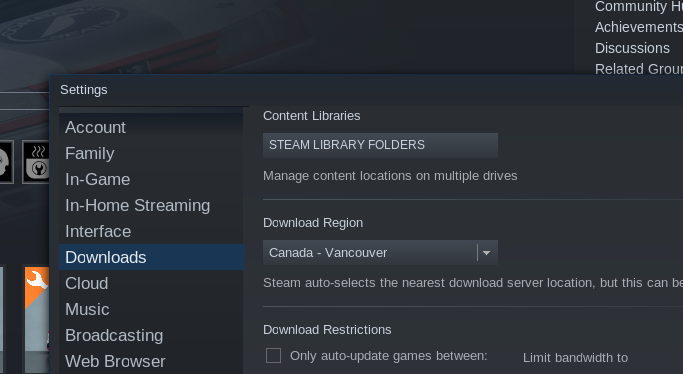 It’s neat seeing my library of 190 games all appear in Steam. I’m sure a lot of them will not play. But it will be interesting to see which ones do.

My first game is:

OK, after playing one 10 minute round, the game works flawlessly. The audio works, the game runs at 60fps (it is Pac-Man) and my game controllers work.

The only issue I had is that my linux mint distr o decided to go into sleep mode after 10 minutes because it thought my PC was inactive.

This is the first game I wanted to try, because I could not get it to work properly in Wine. But this works… surprisingly well.

This one works just as well as the first game. Actually it did crash on me once while I was playing through the first tutorial maze. But interestingly enough it never happened again. As I played through the tutorials and first challenge map.

This one gets another pass. I am not running the greatest of hardware here, and I do need to upgrade my PC. But on Windows I can get this title to run at a solid 60fps at 1440p. Not so much here. The game does run at a pretty solid 60fps at 1080p, though. Not too bad.

I do not have the Remastered Edition. This is the original. But it does work well enough under Steam. There are a few hic-ups, but nothing bad.

This is the original, though I have the remastered too. So far it works, but there seem to be a few minor issues. The game crashed on the first loading screen. But restarting the game over, it did not crash. Managed to play through the introductory stage and a bit of rapture at 1080p and it maintains a pretty good 60fps.

OK. I’m really impressed with this one. I went through the introductory level, and into the first proper level and the performance is fantastic. The New Order runs on OpenGL, so I have to wonder if the Vulkan to OpenGL wrapper is really well optimized. I think this actually runs better on Mint 19 with a compatibility layer than it does on my Windows partition.

No surprise here that the game would run flawlessly. It is an older game than Wolfenstein: The New Order, but it works great. That’s ID Software for you.

Yeah, 8 year old title from 2010. But always good to check older classics like this one. Generally, it runs really well. There are a few odd visual artifacts, but I’m not sure if that is just New Vegas being New Vegas or the compatibility layer.

Works. Though the framerate does like to hover a bit under 60fps on my computer. A few tweaks does fix that issue though. Not bad overall.

Figured I would give a 2D platformer a try, and Sonic Mania has worked flawlessly for me. This one is impressive because I could not get it to work on Wine.

This is a port of one of the 16bit Sonic games that was ported by the main programmer of Sonic Mania. I figured that this one would work as well, but it crashes on me at launch.

That about does it for me for now. I honestly have to install more games later and try some of them out.

That’s the problem, it’s doing nothing.

One of them gives an error saying .app is missing, the other does nothing except spams other steam accounts with ‘Radio is now playing Civilization Iv Beyond the Sword’, but doesn’t do anything beyond that. It doesn’t launch.

Some initial testing with a few games. I have a Ryzen 7 1700 with an RX 580 running Fedora 28 and the amdgpu open source driver.

Dishonored 1: Graphics are fine, but keyboard controls frequently become stuck or unresponsive. Xbox 360 controller seems to work better, but I suck with a gamepad. EDIT: Once I disabled Synergy the keyboard controls worked fine.

Final Fantasy X/X2 Remaster: Installer locked up (I suspect .NET was the issue.)

Metro 2033: Graphics are fine in DX9 mode, in DX11 mode the game won’t even start. Audio is a mess, though you can play with subtitles on.

It’s possible Synergy caused the DIshonored control problem, so I’ll have to try with it disabled again tomorrow.

Games I’ve tested and are flawless:

Games I’ve tested and are flawed:

Games that straight up don’t work:

I’ll be monitoring this thread and updating it as I test things.

@anon97550313, would you like to make a list of “working” “semi-working” and “broken” in your OP? I think it would be nice to keep that up to date. (I’d be happy to help you with the list maintenance if you’d like)

I’m starting on some “heavy lifting” for ya, I’ll be testing Project Cars, Far Cry 3, Empyrion Galactic Survival, Oblivion, Borderlands The Solus Project (playing solus on solus, kek) and a few others.

If anyone has any requests for games tested, this is my games list:

SteamCalculator will calculate the approximate value of a given Steam account. The total value is composed of each single item which has been purchased.

In Windows, it’s fine. I didn’t experience it in Linux, but I didn’t really test it that extensively because once I realized the audio wasn’t going to work, I decided to give the game a pass for the time being.