Thanks for coming in.

Have a awesome time looking at my trash I feel is worth posting.
things I post about here already include and things I plan to do:

i have 2 Bpi-w2’s ordered for making a plug and play storage for home media and a capture location for a very low frame rate home security camera. I bought the boards on a whim and it bites me, but I will follow through with the intended purpose. They are a bit under powered for the task but for what the boards are its gonna be a learning curve of fun.

Later I want to build a SBC cluster for a “something”@home but crazy in a fun way.
gonna happen ™ but not sure which sbc to get and what im getting my self into. 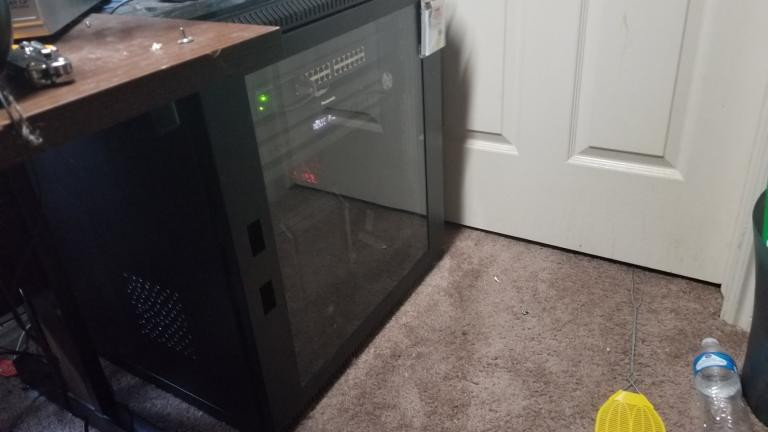 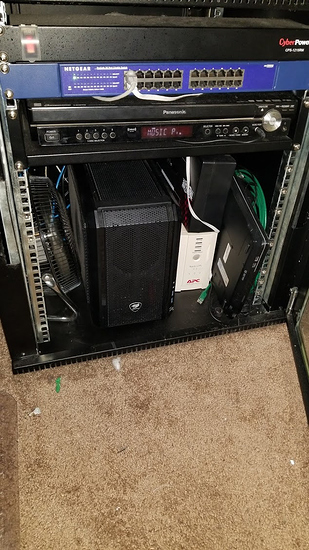 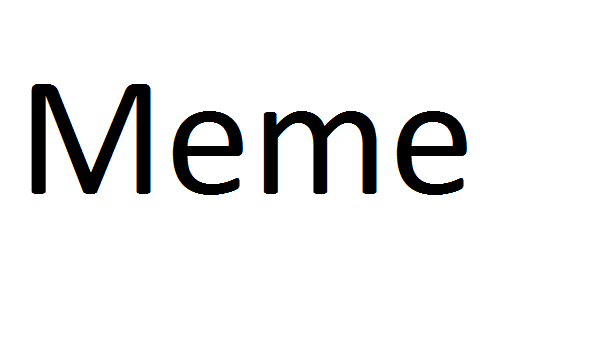 These are things I think are worth the share as a collective spot for me to have here. Enjoy my trash I find it fun.

This would be a good spot to also share my experience with uv reactive hair dyes, instead of spamming other places in the forum.

https://www.deepin.org/en/ [DeepinScreenshot_select-area_20190827102441] hello Im SINK i jumped on linux last year in august after windows updated and removed my ability to use virtual audio cables on any version but enterprise. so my journey began. i started by testing deepin on my razer blade stealth late 2017 with a razer core v1. the install of deepin was a minor headache mainly getting a usb to boot (bad usb drives found out later) once in the deepin installer it was a beaut Deepin DE or DDE is wonderful everything at the tips of ur fingers the new user experience put me in awe the system was smooth and sense its a based on debian had alot of no work software installs. could download a deb file and just install would bring up a gui installer that checks dependencies and incompatible software before installing. this has helped tons with finding missing depenacies for things that required a tiny bit of work. [DeepinScreenshot_20190827105500] [image] deepin has 2 guis in its de one is more mac os aimed one is windows aimed. the deepin store is actually a selling point for the new user compared to the ubuntu software center. ubuntu may have the software you are looking for but also software that is YEARS out of date broken with newer virsions of ubuntu and just bloat and malware. ubuntu does nothing really to fix these issues. oh the other hand deepin has the exact reverse software is uptodate and if the software is a version or 2 behind there is ways to notify deepin to update the software. everything in the deepin store WORKS on deepin and they also support flatpaks of their software which is nice if you installed dde on a non-deb linux distro but thats a minor issue. [image] [image] [image] after a while using deepin i needed to update my nvidia drivers and that was seemless and didnt require cli i opened the graphics driver util that comes with deepin hit the default drivers which uninstall the drivers prior and then the updated drivers no hass…


forgot to link this 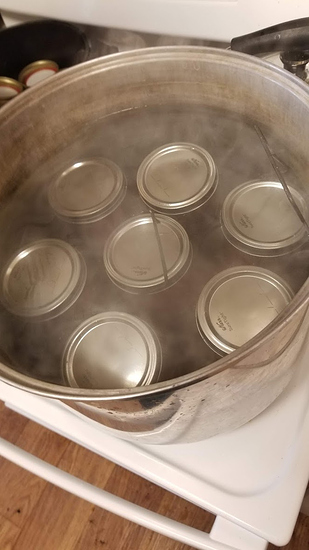 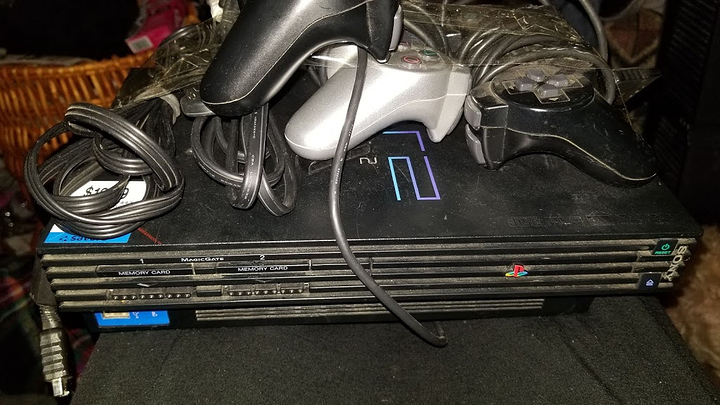 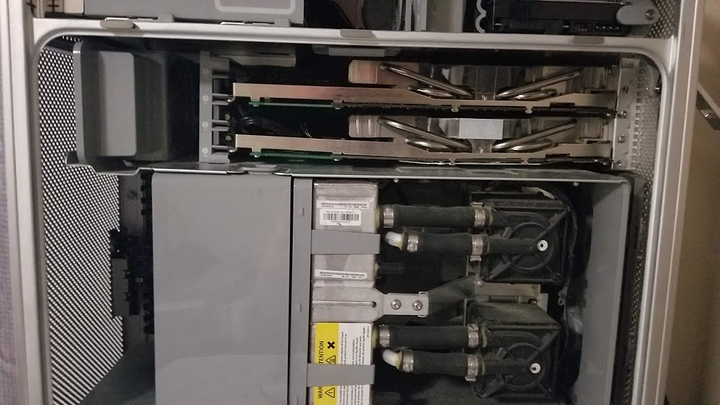 In your chili recipe, I see green peppers in the pic but not the recipe. Also try adding 1 tsp oregano and 1 tbsp ground cumin to your recipe.

I see green peppers in the pic but not the recipe

true this was a home addition ad they were gonna go bad soon and i personally do not like oregano in my chili but cumin next time!

I put lots of veggies in my chili. Always some type of pepper and also celery. Overcooked brown rice is a pretty good substitute for meat if going vegetarian, it has a similar texture to ground meat. And rice and beans make a whole protein. 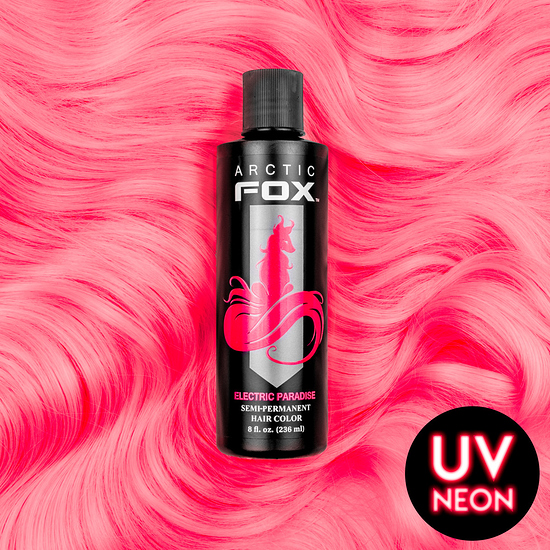 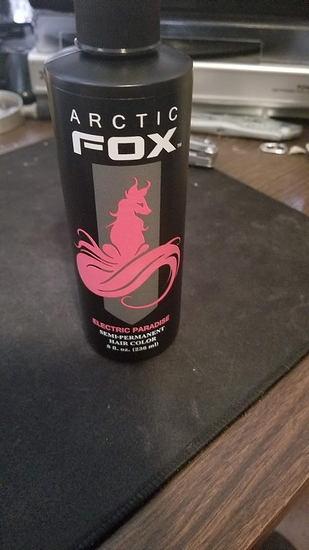 I wish I had enough hair to dye…
I think I’d dye it white so the roots didn’t show up too quick. [I have more white than brown in my beard. I’m getting close to being a Santa clone] 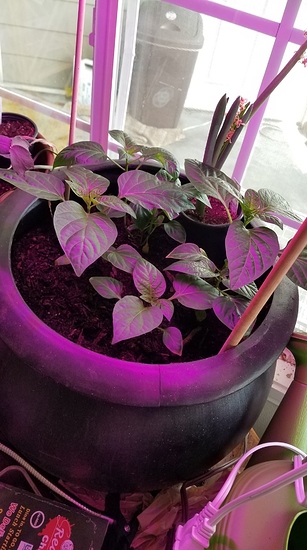 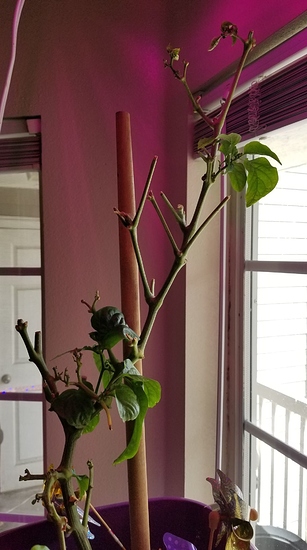 my pepper (ghost pepper Anaheim hybrid) from last year made it i will be getting it another light.
and this season i am growing ghost peppers to trade for tomatoes from my friends garden to make some home made salsa

the bell peppers didn’t take this year and so ends my home line of bell peppers.
i will buy a plant from lowes and attempt to maintain it for multi season.

update on the my pepper 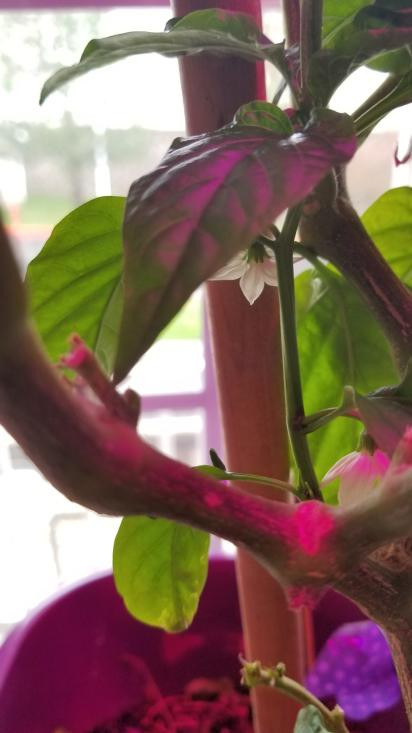 i have hand pollinated with a small paint brush

Flex tape joint at the bottom that leaked before again.
I [doubt] the anti corrosive would eat the flex tape? @Adubs ?? Or the pump pressure after about 2 months? I’ve taken the Mobo and psu off a weeks ago thankfully

I’ve got to drain the rest of the loop tonight to the point it won’t spill so the bottom bot the back rads.

Also this is long term tests reason I was running the loop on a ac dc brick for a 4 pin12v5v molex and pull the 12v to a 3 pin fan header was to test flex tapes hold I think? 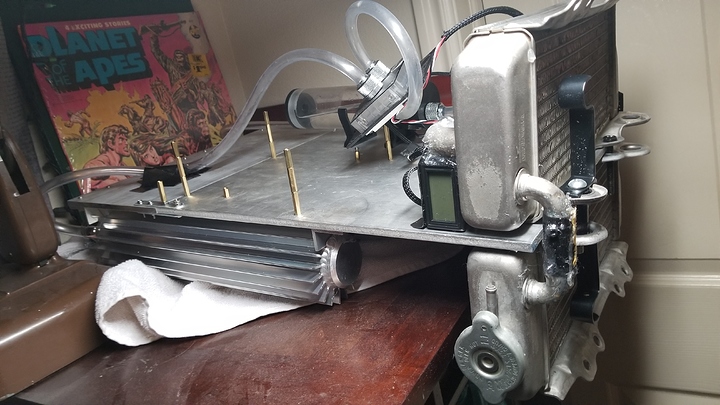 It’s possible there could be a reaction but I’m not sure that the outcome wouldn’t have been the same without any… Because tape. 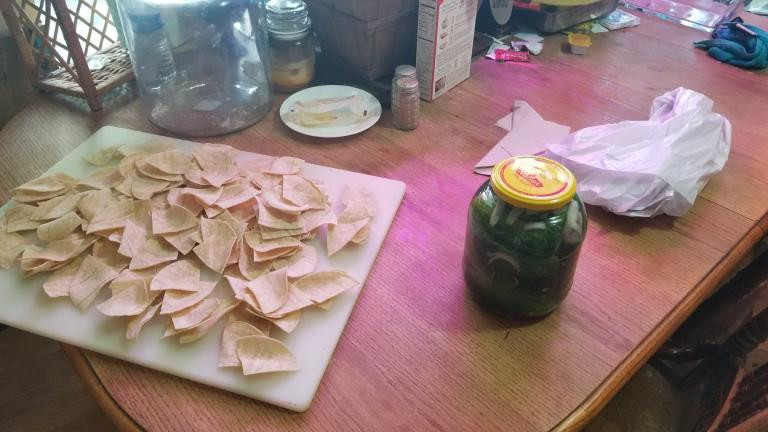 made more corn chips from cheap tortillas cut into 1/4 and they taste better as chips imo
and home made pickles 1:1 water:vinegar salt pepper spoon full of minced garlic and a 1/4 yellow onion 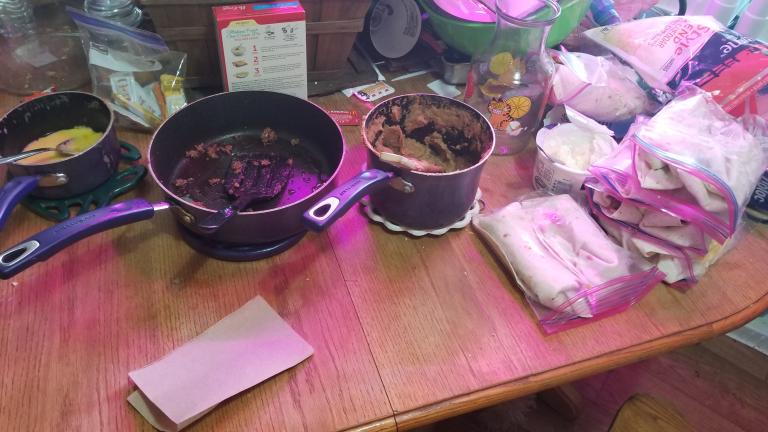 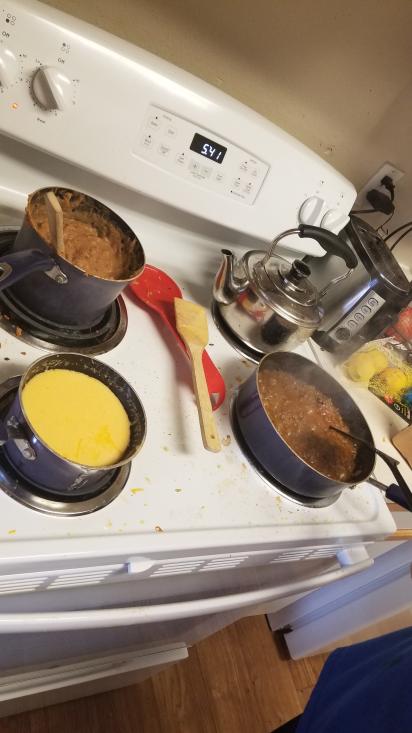 -canned refried beans cause being cheap
-my mums tacos season powder no idea how she makes it leaving grease in the meat for congealed burrito
-cheese sauce is 1 stick of non salted butter a splash of milk and mixed 5 blend cheese hand grated thin
-being cheap and collecting tacobell sauce packets over time
-1 sauce packet & spoon full of cheese on a 16" tortilla
-12" tortilla on top of cheese and sauce.
-spoon full of meat and refried beans
-sour cream spoon full
-5 cheese blend hand grated medium bits