Background: To increase community engagement and to give our new BSD section a healthy and prosperous new life, AdminDev created the “BSD Challenge” (BSD Challenge). The *BSD challenge is based off of the “1 Year Linux Challenge” (1 Year Linux Challenge) but focused on *BSD instead of Linux. The premise is to use *BSD for one year and to document your adventure in a thread. At the end of the 1 year, you will be awarded with a badge for your efforts.

Purpose/Goals: To install, use, and to maintain a DragonFlyBSD (https://www.dragonflybsd.org/) desktop system running the openbox WM (http://openbox.org/wiki/Main_Page) for a year to complete the *BSD challenge. As well as to compile some applications from sauce (source), and to document the journey and actions, as much as personally possible in detail. As well as to try and help answer users/readers questions.

Method: DragonflyBSD will be installed on a Dell Inspiron AIO via a DVD-RW disc. The installation of pre-built packages will be done thru the terminal with the package manager (pkg), and source based applications will be compiled via the make command in the ports tree. Documentation will happen live, as soon as things are being worked on.

Other Notes: My grammar and writing skills are trash tier ranked. Please ignore.

. I don’t see myself doing too many complex tasks, as I am a very basic computer user. Although, I hope to at least try to set up and use and familiarize myself with jails and maybe some other more complex things.

The actual start of the journey will begin on post #54. I will document what I am doing down below in the reply section of the thread, and then summarize what I did in those posts and include those summaries under the Summary of Results section here in the OP, as well as include a link back to the post in the thread for what it is that I summarized.

. DragonFlyBSD is the vehicle of choice for the challenge as i have used it once before in the past, and it is something that I am somewhat familiar with. It is also something that is quite unique, as when I joined the challenge no one else had chosen it. Of course I was the first to join the official challenge

), so that may explain that.

DragonFlyBSD is written by Matthew Dillon, a former Amiga developer from the late 80s to early 90s, and a former FreeBSD developer from 1994 to 2003. DragonFlyBSD differs significantly from its parent, FreeBSD, in that it defaults with its homemade file system, Hammer 2. There are also some other changes that can be seen on their Wikipedia page. One could also ask of the differences of the two *BSDs on the DragonFlyBSD community mailing list. 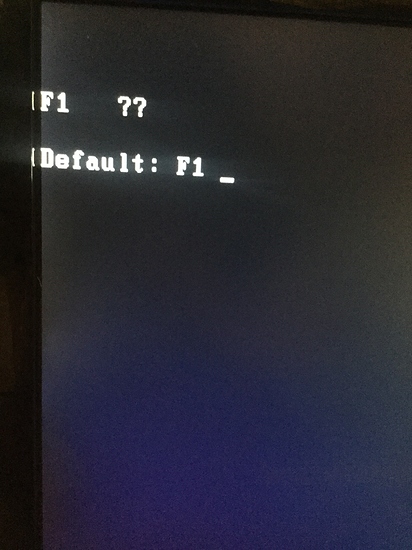 At this screen, all I was supposed to do was hit the enter key on the keyboard and then the system would have booted. Goalkeepers DragonFlyBSD Adventures

It seems that if you do a UEFI install, you need to manually do bootblocks as I did thru another option on the live CD. After the system is installed on a non UEFI install, a screen will prompt you to enable bootblocks.

That’s why God gave us the draft

But hopefully people will enjoy.

This new BSD section is HOT.

all up in this section.

May I ask why dragonfly? I’m currently reading about different BSD variants so curious to know how/why you ended up with dragonflybsd?

I used it once before and didn’t get all that far with it. So I hope to redeem myself in that regard.

Also, I wanna feel the performance. Dragonflybsd has speed improvements or whatever over freebsd. Although, while it is faster then freebsd and Linux in some things, it does get its butt handed to it in others.

If there was more info on PureDarwin, I would use that. I

HAMMER is a high-availability 64-bit file system developed by Matthew Dillon for DragonFly BSD using B+ trees. Its major features include infinite NFS-exportable snapshots, master-multislave operation, configurable history retention, fsckless-mount, and checksums to deal with data corruption. HAMMER also supports data block deduplication, meaning that identical data blocks will be stored only once on a file system. A successor, HAMMER2, was announced in 2011 and became the default in Dragon HAMME...

woofer, got any updates?

Do you wanna see benchmarks? Cause that’s how you get benchmarks… on the slow 5400rpm hitachi drive that’s in there

Yeah man, for sure. You get it fired up?

Next woof. I was busy this woof. Didn’t realize this woof was Easter woof. Had stuff to do.

May also do a photoshop blog concurrently with the BSD blog.

I had no idea photoshop people can get payed mountains.

woofer can woof in photowoof?

I also wanna do this in Medical research paper format. I’ve been reading a lot of those and I like the format.

I don’t think that the name is medical research paper format tho. Lol.