Recently you’ve heard of this new (lol) phenomenon known as Unix/BSD/Solaris or, as I like to say, X_BSD. What is X_BSD, you might ask? 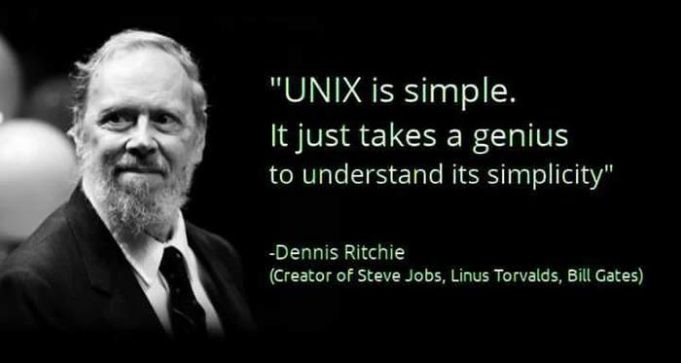 That’s just to name a few. Unix was created at Bell Labs a long time ago. It’s original intent was to have a mulituser operating system that programmers could work with and multitask on. This ain’t a history lesson, though, so feel free to do some digging or ask some community members you jive with to fill in the gaps if you’re not sure.

Why use an X_BSD operating system?

Well, if you go the FreeBSD route, native ZFS is KING.

The Z(ed) File System is a crazy evolution in filesystems. Tons of man hours have gone into perfecting it into what it is today. It allows for integrity checking while reading and writing (a gross oversimplification), real time snapshots, data compression, and a slew of other benefits.

BSD also has a pretty solid networking stack. But why listen to me butcher and stumble around it? Here’s some fun facts from Netflix:

FreeBSD has scalability and power where it matters. Ask Facebook, Google, and Netflix. Sure, they’re easy to hate on, but they know how to handle modern web architecture.

You’ll also be following your computation ancestors that wrote C and built Unix to solve problems. Like video games? Playstation3 and Playstation4 are running FreeBSD from what I recall. Like software development? Have an out of the way OS that allows you to write code with minimal headaches. Unlike Linux, X_BSD will have the kernel contained in the development and implementation of the operating system. Rarely will you have to recompile a kernel on X_BSD, you can import a module or work with the built in ports.

Security more your fancy? OpenBSD is known for its legendary security controls. FreeBSD itself allows well thought out security during the installation. Just today, on my fresh install for the BSD Challenge, I randomized PIDs, hid groups and users from others, and disabled sendmail. There are a ton of other options out of the box as well.

I’m a total X_BSD newb, but I absolutely love it. It’s why I fell in love with systems administration and, to an extent, software development and computer science. There are a few members on here more advanced than me when it comes to X_BSD, so I hope they decide to participate in this thread and section, to correct my plethora of mistakes and contribute

Lol! I fear for the next person that says you can’t game on X_BSD.

Can I get a hell ya, @AnotherDev made a thread bout it!!!

including pfsense but not freenas

Made the edit to the OP

I swear its real bsd

It is. Just slipped my mind. pfSense is real FreeBSD too

I don’t think there is much bsd left in macos

You may be right. I can edit the OP (again) if it bothers too many people.

Doesn’t it was a big part of their origin

Doesn’t it was a big part of their origin

Fair enough! They even have it on their website lol:

Breh, I can take it to legendary heights.

Were is CellOS, Orbis OS, Vita, switch, 3DS, and xigmanas?

That’s just to name a few.

Well, if you go the FreeBSD route, native ZFS is KING.

Except ZFS on Linux is king these days.

I jab, but I do use BSDs quite a bit myself. FreeNAS and pfSesne are hard to move away from. pfSense in particular I’ve been trying to get away from literally for years. But forget finding anything better than it, I can’t find anything on par with it.

And then there’s OpenBSD. If you need to setup a service that has randos connecting to you, it’s pretty much OpenBSD or go home.

And then there’s OpenBSD. If you need to setup a service that has randos connecting to you, it’s pretty much OpenBSD or go home.

This is true, I didn’t include that in the OP, but OpenBSD has solid security. FreeBSD does too, for that matter. I’ll make edits real quick.

Switch actually uses BSD. Which is kinda weird considering it’s possible to boot a Linux environment with a day zero Switch… You can thank Nvidia for that one

On another note, I’d just like to say, yes ZFS is unparalleled currently… But BTRFS is rapidly getting better while retaining speeds that other filesystems (with the exception of XFS and especially F2FS) can’t match.

No, I don’t think BTRFS will truly ever be there, but it’s going to end up being pretty damn close.

Sorry. Probably should have posted this in the filesystem thread but given that ZFS is a large selling point of BSD I figured I’d add my own two cents.

That said, I love Jails. I believe it’s an amazing concept and I wish Linux had something comparable that was as good.