Thermal Take Level 10 GT (and then some)

I have other related pictures and video links floating around on LEVEL ONE TECHS but this post is more related to PC building so I will continue here. Houston we have issues. . . 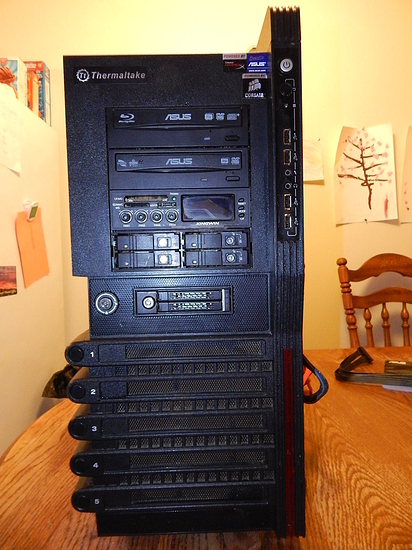 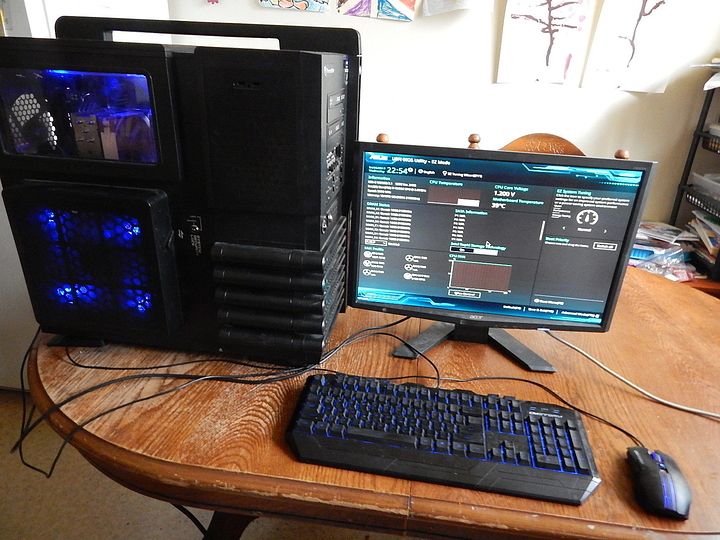 My very first case that I thought was balls to the walls at the time.

Ended up selling it for 1k

That case was on every pc based magazine at the time. Never liked the look tbh.

ew, you put case badges on it

I was thinking of smothering it in case badges for posterity.

That's a good start for back in the day, Ken. I was surprised to learn that the case actually won awards for optimum air flow. Of course there are better out there these days but I'm happy with mine. It does the job. My real challenge will be sticking strictly with air cooling. I've had the 6850 on a mild overclock and it was very nice. Think I'll let it season a bit before I push it past 10%. OC isn't really the goal with this build anyway. I gave my Sabertooth to the wife. She has the fastest rig in the house at the moment and sometimes I wonder why I yanked it out of the olde GT and slapped it in that pink monstrosity of hers. Still it works good. I just don't think ASUS is what they used to be anymore. Might be a while before I buy another mobo from them for personal use. 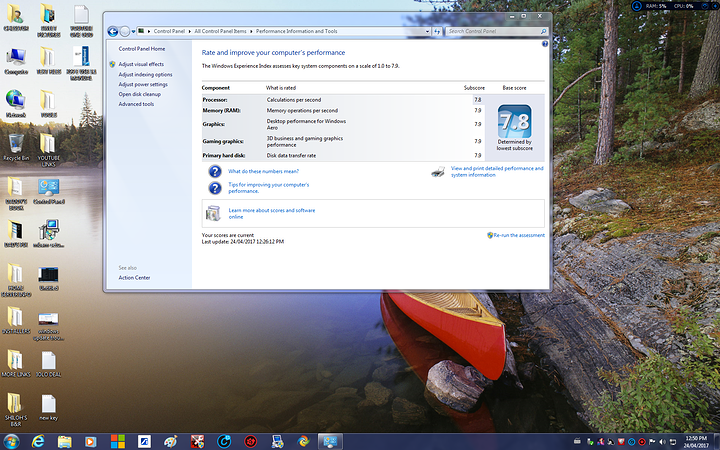 Any chance of increasing my score if I oc the cpu?

yeah possibly. But WEI is garbage.

As I said, "For what it's worth...." Here's some work on cable management. 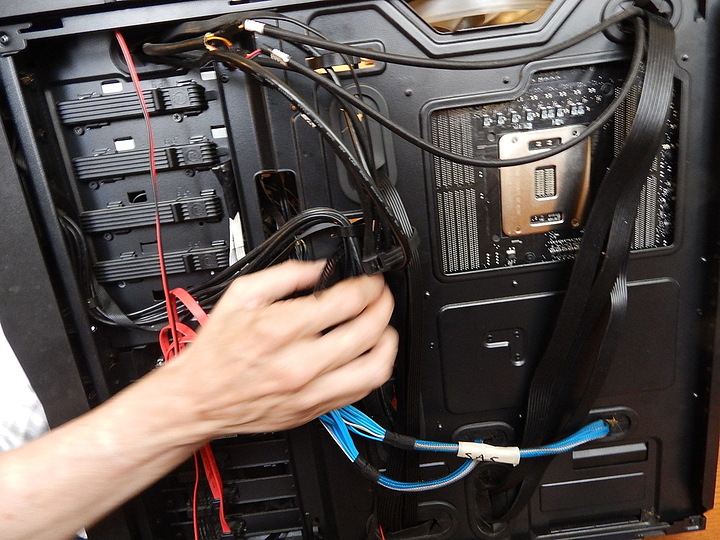 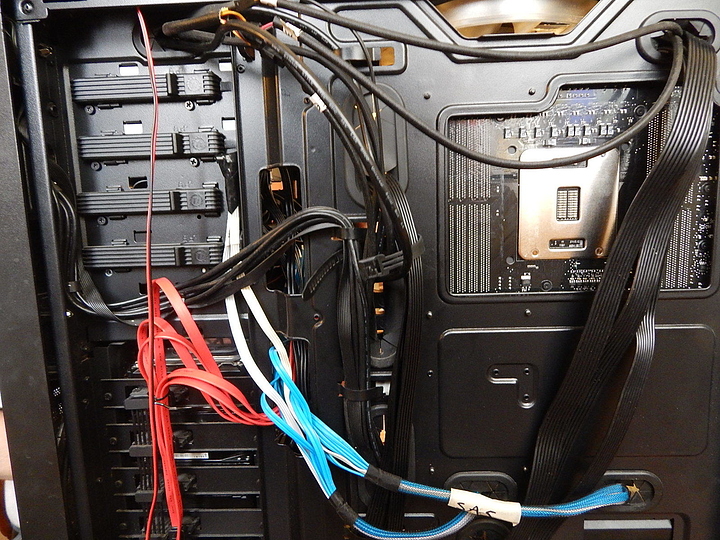 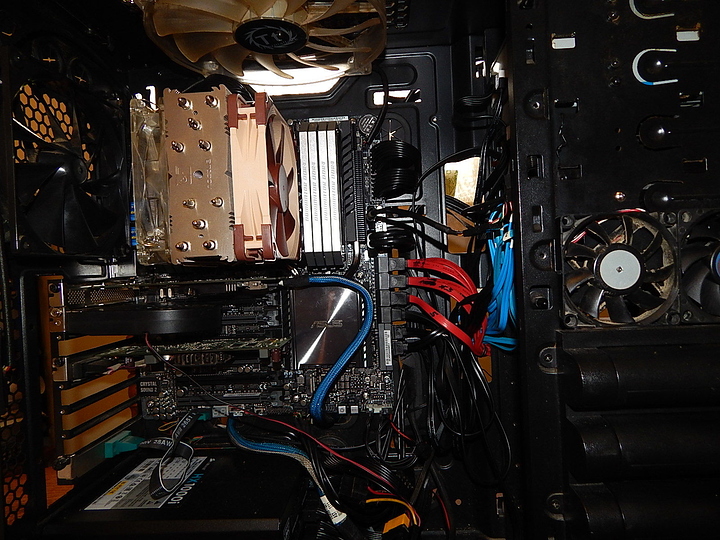 Who said cable management is hard on the old LEVEL 10 GT?

Who said Cable Management on the LEVEL 10 GT was Tough?

AHH! Found the pics of my very first computer build! Back when sandybridge was new. 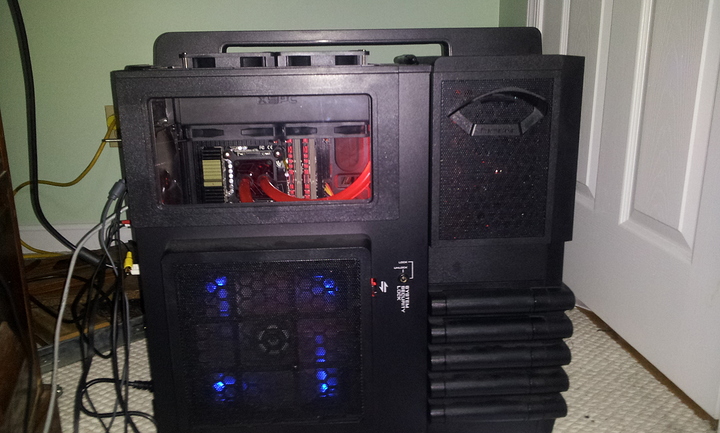 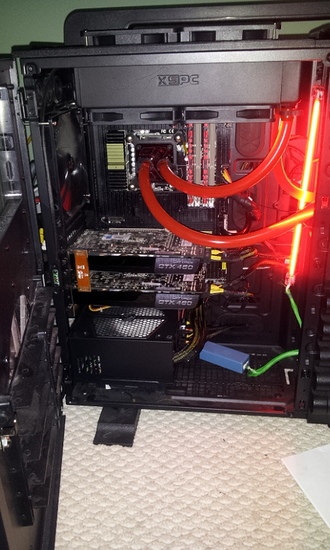 A very unique design. I like it too much to let go of it. 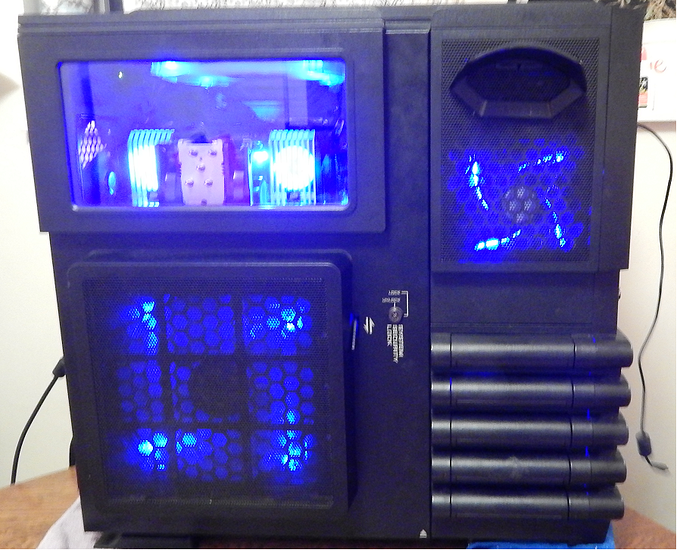 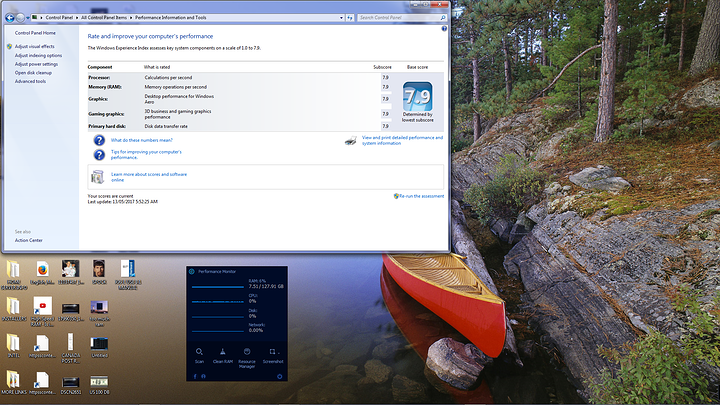 LOL.....I have one also that started life with a 2500k in it, today it houses my 8370 pass through setup, great case in my opinion with lots of room but it does like to get dirty inside.

I can appreciate the function of the Level 10 and that BMW helped to engineer it. But I always thought it is too busy gamer ugly (sorry).

The Level 20 is different. Much cleaner looking now. Due to ship next year. 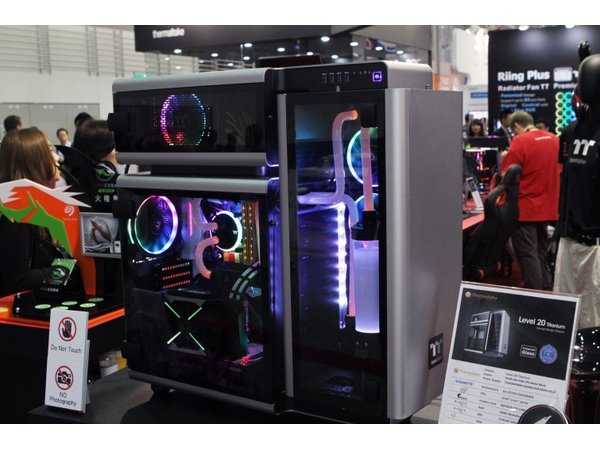 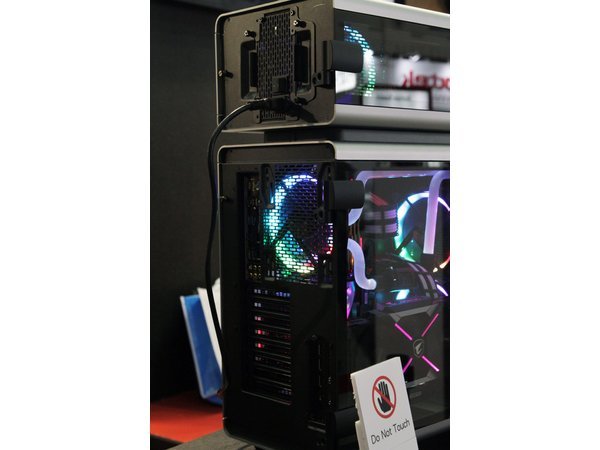 Thermaltake Takes Its Premium Chassis To Level 20 At Computex (Updated)

Das macht fein. - But a little rich for my blood. To be honest I still have little confidence in liquid cooled systems but she shore do look purdee.

Blanger. I was surprised to learn the ThermalTake Level 10 won an award for efficient cooling. Frankly, it doesn't look like much but I got my 6850K to a stable 4.9 with no liquid in the case. Alas, for other reasons things have changed. It's a shame I can't get it back there... yet.

Yeah, all in all it's a good case that has a look that not really many cases can compare with, I've had a few issues with mine over the years, mostly just not staying clean inside but then again mine sits on the floor under my desk... I've also had a few issues with the drive caddies mostly SSDs and getting proper alignment not a big issue to be honest. Mine has a 240mm radiator mounted in the top and there is still room for a smaller radiator to be mounted in a couple other locations, I have lots of fans and the box runs pretty much 24-7, inside temps are ok given the amount of hardware in the box, I monitored the temps for a long time after installing the 8370 and doing the hardware pass through, but it's been months and months since I've even looked at the temps of anything, I hear the GPU fans kick up while playing games and slow back down after so I assume everything is ok...lol (honestly my system is slated for a update at the end of the summer or early fall (will be 2 and a half years old then), I just need it to run a few more months...lol)

yeah, I'm pretty much in the same stage. Waiting on some SSDs and things to come in the snail mail. Summer is a busy but short season where I live but come fall time I should be ready to revamp the build. I want to make the gaming end 500 Gb striped and bring the RAID 10 up to one TB total. My RAID 1 is still running on good ole fashioned klunk drives which is fine with me since they're the drives I back up with the beastly mechanical hardware. Plus my Linux needs an overhaul but I'm just too lazy. All this in one PC? For sure. This is the beauty of a work station layout when you have 12 cores and 40 lanes to play with.

My God is it ghastly.