its basically a buy and go set.

but if you a person who is into overclocking shouldnt go with this machine anyways because of those reasons.

i want one. its beautiful.

I would love just the case by itself.

10 posts were split to a new topic: Are Geforce cards really license-restricted for Neural Net uses?

I picked up one their mini ITX Thelio desktops a month ago (needed a second rig). Mine was configured with a Ryzen 7 2700X, 16GB of RAM (2933MHz), a 500GB NVMe SSD, and an RTX 2070. It’s a beast, but I do wish they had used a standard cutout for the rear IO and a GPU with a blower-style cooler (they installed an EVGA XC Gaming into my unit instead).

Nvidia does not intend to prohibit such uses.

Statements like these and NVidia’s past shadyness certainly have to be considered as sure, they won’t go after people now but that’s not to say in a year or two they won’t. Or NVidia will just change what they mean by “commercial.”

The case looks sexy. Just need a front panel USB port and a standart IO cutout and it is good to go.

The rear io being part of the case makes me sad

The expansion slot mechanism reminds me of the one on the HP xw8400, except it doesn’t take your fingertip off when you release it.

Acer are going down a similar aesthetic rabbit hole with their new workstation chassis. 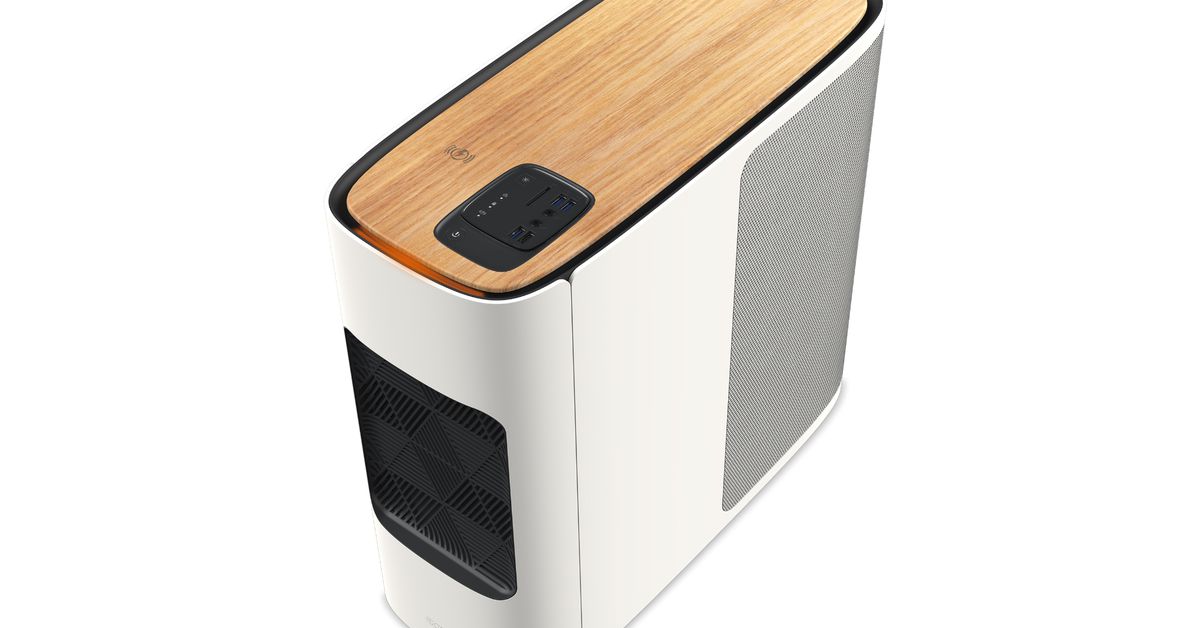 Not a huge wood on my PC case fan

Except for HTPC, I don’t want/need wooden parts on my PC either.

y’know I wasn’t either… but its got a certain charm… I can’t explain. it’s somehow swanky and not tacky?

The 2990WX with the Designare EX i´m not really sure about that combo personally.
Although as long as the fans are actively cooling the vrm it might work fine.
I´m kinda currious what the vrm temps do during stress testing etc.
Since the vrm on this particular board isn’t the greatest.
But other then that pretty cool system.

I too don’t entirely understand the appeal of the wood paneling, but the simple cut, bend, add screws construction looks very attractive.

I wonder if they will eventually get to selling the cases stand-alone; it could pair nicely with a Talos II I think

4K 60fps! You up there with the big boys like Gamers Nexus and Hardware Unboxed now!

I hope you can get the Alpine Ridge working on this system.

Also, tell us how to VFIO with UMA access to pin cores to a single die with direct memory access.

I hope you can get the Alpine Ridge working on this system.

Someone elase on the forum has the newer Titan Ridge card and it is just plug and play from the sounds of things on their AMD system.

Edit: though it is windows.

I got the Gigabyte GC-TITAN RIDGE thunderbolt 3 card to work in windows with hot plug.

Well, true plug and play would be not requiring pins to be shorted on the header. As of right now, you have to short pins on the Thunderbolt header to wake the controller on mobos without the header.