Well I am glad I didn’t go to watch that. Spoilers btw lol.

They did a that a lot with The Clone Wars as well, but if you’ve read War and Peace, you’d be familiar with this style. Tolstoy introduces characters, gives them backstory so the reader gets attached to them, and then just kills them off. Of course, because he builds them up for the reader, the death has a huge impact.

@Goalkeeper
There was already a Star Wars thread, and didn’t you start it? I like the title of this one better though. It also made me think of this:

I was under the assumption that Empire drew its style heavily from Nazi Germany army. The officers in particular, as well as the AT-ST.

George did draw some parallels with the Empire and the Third Reich. He even at times called them “space Nazis” during production, but Disney made the ties too blatant. In the OT and EU, the Empire’s resemblance to Nazis is only on the surface, so it can be argued the Empire represents any kind of tyrannical regime or even simply the Man/the system/the status quo. This is what made the Empire such a great villainous organization. If they were just straight-up space Nazis, they wouldn’t have the appeal they do, case in point: the First Order.

First thing that came to mind… Well, it’s not from films, but from Battlefront 2 (the good one), but IFT-T looks very similar, too.

That model was probably WWII-inspired. A lot of the EU stuff is drawn from WWII or concept art, which was largely inspired by WWII. However, the models, while not directly inspired by WWII, were kitbashed and almost certainly use parts from some WWII model instruments of war. The firearms were probably intentionally selected, because it’s no secret George liked those old war movies.

Disappointed you said all that without prefixing with what/how you were saying. KOTOR FTW tho.

There was already a Star Wars thread, and didn’t you start it? I like the title of this one better though. It also made me think of this:

That was just for the movie release, I believe. It’s been so long I forgot.

But this one is the mega thread.

Now we are just begging them to stop

if you did not see all the disney shoehorning an agenda coming then you were blind. all i had to do was watch episode 7 to know a shitfest was in store for the rest of the movies. so freaking glad i am doing a disney boycott on all properties and IP that they control.

Hard to watch the Disney Movies. I have read most the books from the Expanded Universe and this just seems to be a bad spin except they used Ben Skywalker instead of Jacen Solo. Cut out what made that part of the story good in the first place when they tried to simplify it and make it family friendly.

The Last Jedi the was last straw for me… After watching it, I never thought I’ll leave the cinema so conflicted about a Star Wars movie. After that I’m never paying for anything Star Wars until they do something about it.

During the whole Solo hype, I didn’t paid any attention to the actors, trailers, teasers and didn’t watch the movie. Last I heard that the movie wasn’t doing that well and the sad thing is from what I heard its not half as bad as people thought it was gonna be. 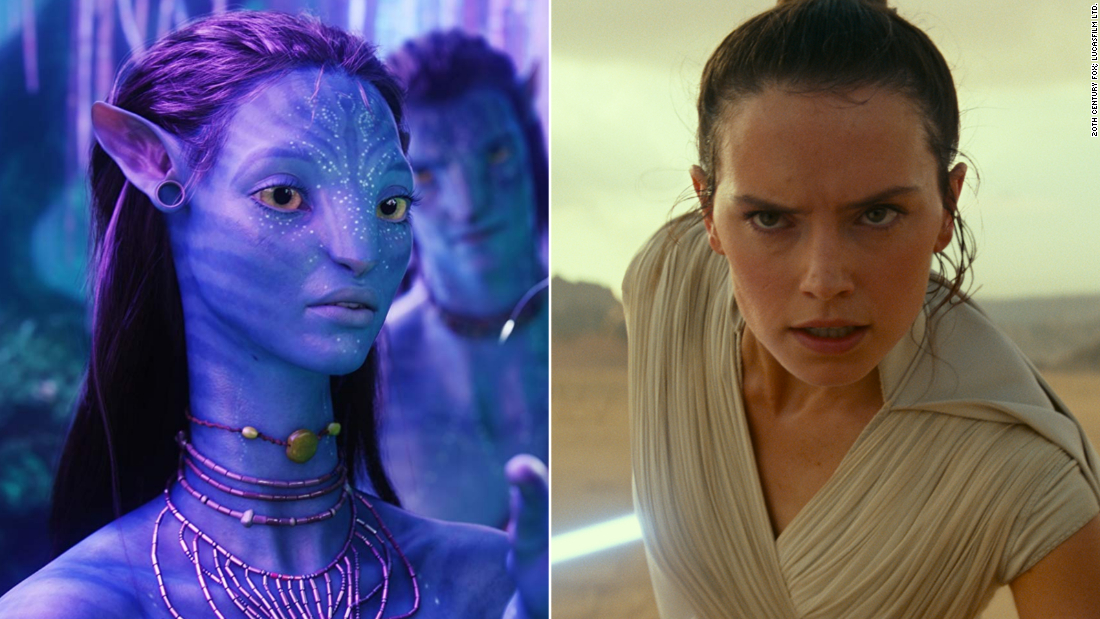 Disney announced on Tuesday that it is producing three more "Star Wars" films that will hit theaters starting in 2022.

I thought we were done here.

Disney seem to be tuning their craft of necromancy. I wonder where it’s going to go.

I consider this to be an acceptable case of aboose.

Does anyone in here like the Star Wars movies? What about the originals? The prequels?

I love 'em…well, merely tolerate the prequels, but I dig 'em all

I really love the originals. The only good prequel was Revenge of the Sith. The Clone Wars was too slow paced, but their were bits of it that were awesome. like the assassination attempt against the Queen of Naboo.

Attack of the Clones was

I liked A New Hope, loved The Empire Strikes Back, and I liked Return of the Jedi. Thought The Phantom Menace was cheesy, but Darth Maul was a great villain and the fight at the end was great. It was cool seeing Obi-Wan’s origins as well, as I love origin stories.

@Goalkeeper
Revenge of the Sith pissed me off because Yoda pansied out. But, I guess they had to write it in somehow. Other than that, it was good. Liked the intrigue/politics/espionage they added into it.

I know the premise and major spoilers of the new ones, but I’m waiting for the last one to come out to binge them.

But, I’m genuinely surprised and taken aback when people just outright hate the content. This isn’t a “muh safe space” or whatever, I get that people have different opinions. Opinions verging on the edge of violence is when I get concerned.

A New Hope, The Empire Strikes Back, Return of the Jedi.

I love all of them, but even more so, I adore the universe they spawned.

The Phantom Menace was cheesy, but Darth Maul

Revenge of the Sith pissed me off because Yoda pansied out

Man…I sometimes wish characters in movies like this just well ape-shit and showed everyone who’s the real deal.

From what I can see, people are angry because it wasn’t left to their imagination. That way it would stay up to their interpretation.

I personally love the intensity of the fights and that the power of the force is getting to the forefront and isn’t just some meditation technique of focus and stoicism.

I thought we were done here.

You guys are surprised by this? I did not expect an announcement this quickly, but I would have been shocked if they had not already been working on trilogy no 4 by this time.

I don’t have a source anymore, but Disney did state soon after they bought Star Wars that they would basically continue making movies for the foreseeable future, although stated a bit more obliquely.

What about the originals? The Prequels?

I rage quit Star Wars after they killed the EU, canceled the clone wars, and failed hard on the new novels, SW rebels and the Force Awakens. I tried like three of the new books, and couldn’t finish two of them both due to the writing quality and how different some things where.

The EU books were of varying quality, but there were some very good ones in there, and I love big storytelling worlds, so I read like every EU novel. Then Disney went and killed it off, and I am still salty.

Oh, also I am also unhappy about EA getting a long EXCLUSIVE contract for SW games. I also called how that would go soon after it was announced, although so far they have failed even harder then I expected.

The new movies are okish. Good visually, but mediocre stories.

That fucking cheesed me off!!!

But did you see that they are bringing it back?