Recommend me some books

Nothing specific, just want to know if anyone has read recently or come across any books new or old that they think is a must need to read?

The Broken Earth trilogy by N. K. Jemisin is pretty good. On the more technical side, I read Artificial Intelligence: A Guide for Thinking Humans by Melanie Mitchell recently which was pretty good as well.

The Black Echo by Michael Connelly

All About Asset Allocation by Richard Ferri

I will just say Terry Pratchett… I enjoy the discworld series a lot.

If you are still not sick of things going wrong in a post-Covid world, Michael Crichton’s Prey was a novel that I could not literally put down and I was reading it non-stop because I found it really fascinating.

Classic literature, Tolstoy is one of my favorites, “War and Peace” and “Anna Karenina” are both good.

For non-fiction I really enjoy authors Steven Pinker and Jared Diamond with books such as “How the mind works” and “Guns, Germs, and Steel.” Their other books are good too.

I would throw “All quiet on the Western Front” by Erich Maria Remarque in the ring. A genre defining work.

I will just say Terry Pratchett…

Never read his stuff until after he passed. But I recently learned he was part of the Glorious PC Master Race. 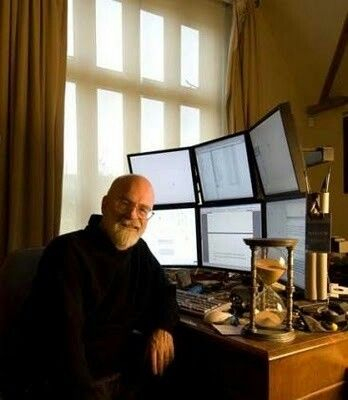 “Why do you have six monitors?” A stupid journalist asked.

“Because I don’t have room for eight.” Pratchett said, his maniacal laughter echoing the halls of his home, still, to this day.

One of the GOATs.

um…LOTR
Just so its been said!

Randall Munroe What if? is a very nice read.

I very much enjoyed Bernhard Hennen’s “Elfen”-series (and the books before and after it). No clue how good the translation is.

The Elven (The Saga of the Elven Book 1)

Brian Lumley - Psychomech and Necroscope series are both amazing.
Dan Simmons - Hyperion (all his other stuff is good as well)
Frank M Robinson - The Dark Beyond The Stars

Non Fiction - The Secret Life Of Houdini by William Kalush

Daniel O’Brien - “How to Fight Presidents” - You are a time traveler who has offended every US president. Interesting facts to help you in a fist fight with them.

It has to be said:
“A Song of Ice and Fire” series by George R. R. Martin (5-books so far… been waiting for the new book a couple years now hehe… Some have waited longer

What Are You Reading? Books, Literature & Writing

You need to work on that.

Of course I started with books first. What till you can purchase old library’s in bulk… Life is good if you have the space. You need to able to read for enjoyment so the controlled optics ? Star Wars or Dragonlance , DragonRiders of Pern something to let your hair down.

Ah.Why ? Are you just condensing ?