Very nice! How many PCs/VMs are we looking at? Mind sharing specs for the PC(s)?

Very nice! How many PCs/VMs are we looking at? Mind sharing specs for the PC(s)?

I use the Intel rig for gaming, recording, and “work” related development. The Ryzen box is for Unix R&D, hacking, testing, and other things where memory gets out of control lol.

Off screen (currently and in that picture), I have a Dell T410 with KVM setup. I have a few VMs for development and networking related tasks. It’s almost fully automated, I just tweak a script and run it and in 2 minutes I have a fresh VM I can ssh into. I pull another script and the kernel and OS is full up to date and rebooted’d.

Django site (Mostly for learning, I’ve since moved on though lol)

Finally straightened my stuff out today. I wish I could get rid of the school work and I need to work on cable management, but other than that I’m content for now. Some day I might get a real desk. This table just works so well because it’s huge and cheap. Once I have my own family room, the consoles will go in their own area with the TV, I’ll have a bigger TV, and I’m going to have a smaller (normal size) desk and triple monitor setup.

Switched back to my Blackwidow V2 for now. Once my Planck comes in and I get it put together I’ll be using it instead. I miss having the extra desk space, but I don’t miss the MX Blues that were in my Pok3r. 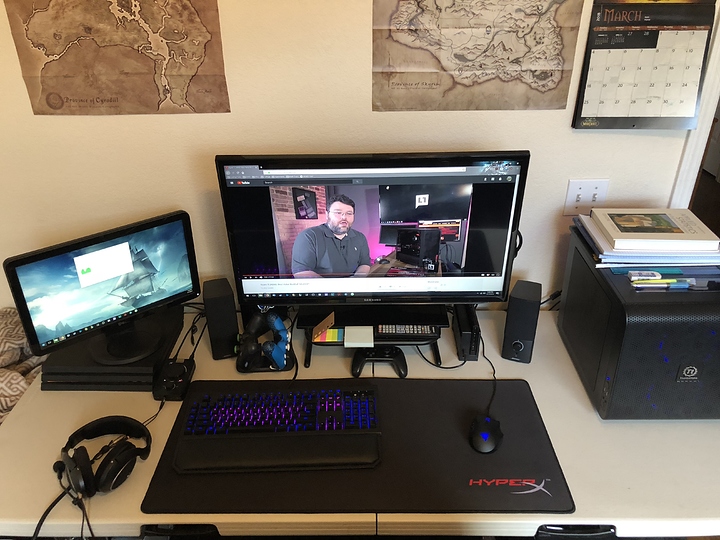 I have that same monitor on the left. It’s so awful, but I love it for servers and whatnot.

Ya haha, it’s definitely only a secondary monitor. I use it for emails, chat windows for Steam, progress bars for big file transfers, etc. Sometimes I’ll use it to play a movie while I’m playing a game, but not actively watching a movie.

When I go to work and all I have is my 13" MacBook Pro, I definitely miss having a second monitor.

It’s somewhat reminiscent of my old setup. This is from after I graduated but was waiting to leave for boot camp, like 2009. I got an upgraded Dell Studio 17 for my graduation present. I played SOOOOOO much CS:S and WoW and had either the first Harry Potter movie or the South Park movie playing in the background constantly. Of course, since it’s only a TV with a VCR built in I couldn’t use it as a monitor, but it was still nice to have. I only worked like 4 hours a week and my parents didn’t ever bug me to do anything because I was about to join the navy. Those were the days. 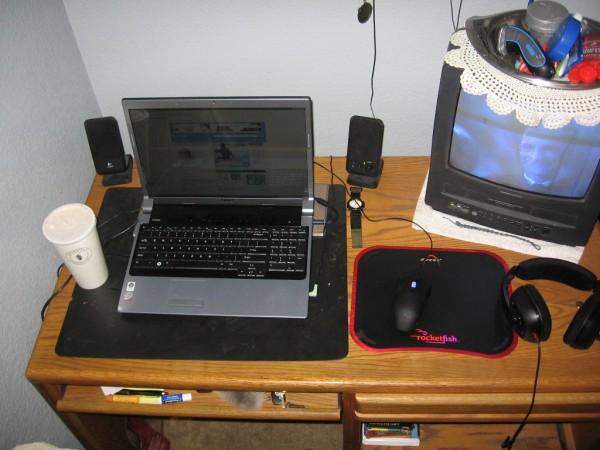 Dude, that CRT would work so well for NES lightgun games cause it’s a curved CRT. Retro gamers are seeking those right now. 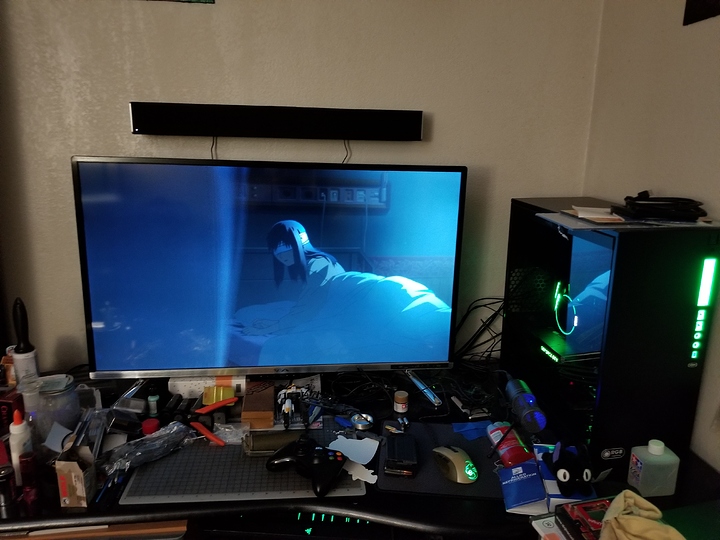 No vote for you.

I’m pretty sure I still have it laying around somewhere. I know for a fact it was still here when I moved back in.

at least rotate your screen, dang 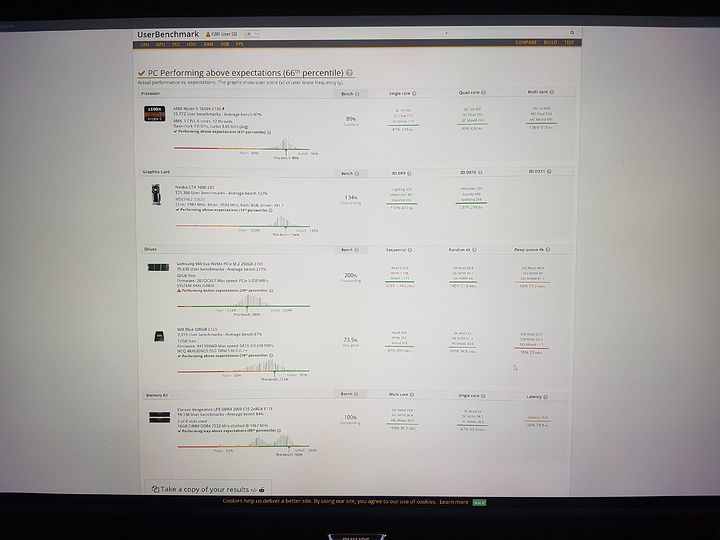 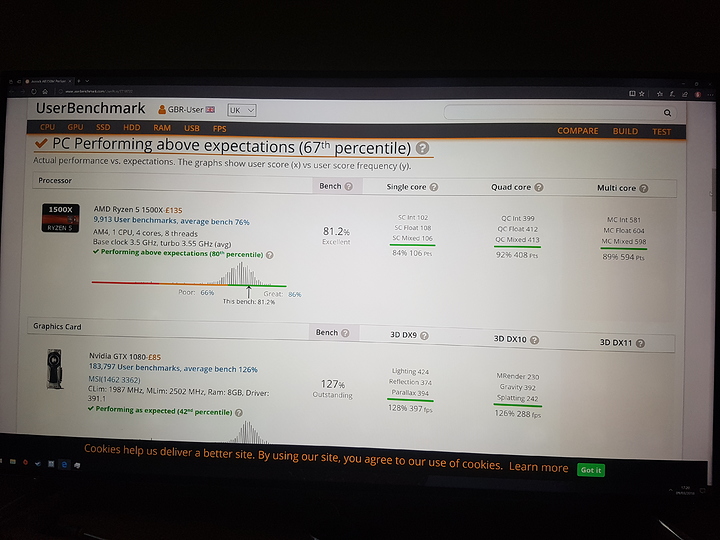 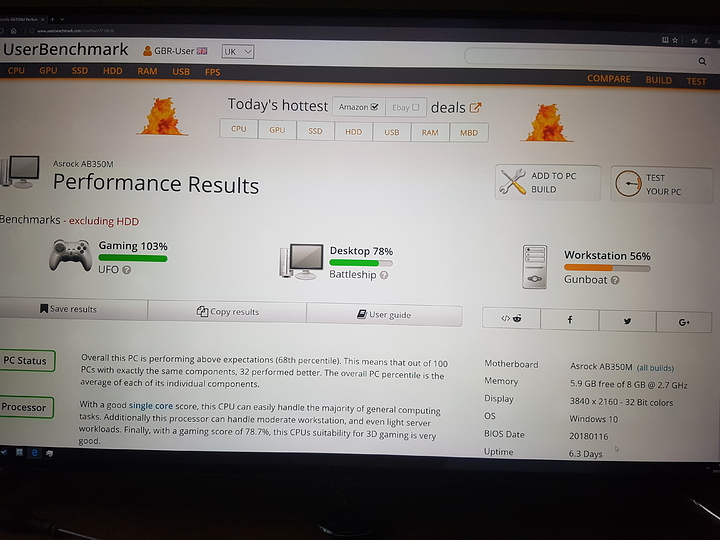 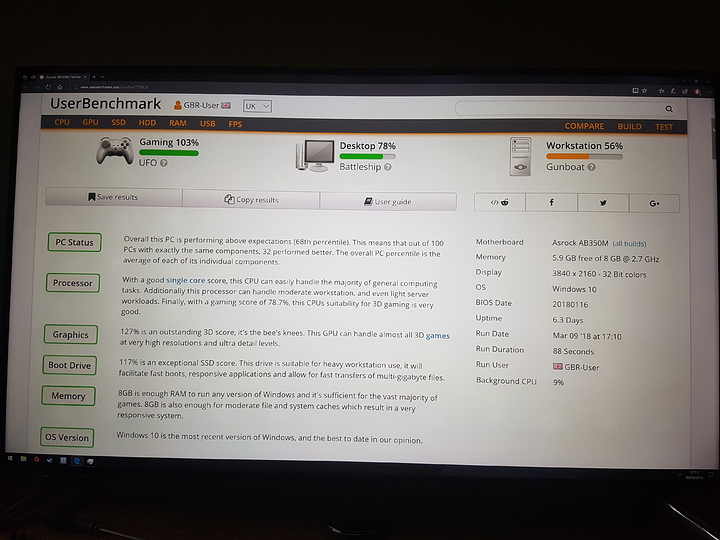 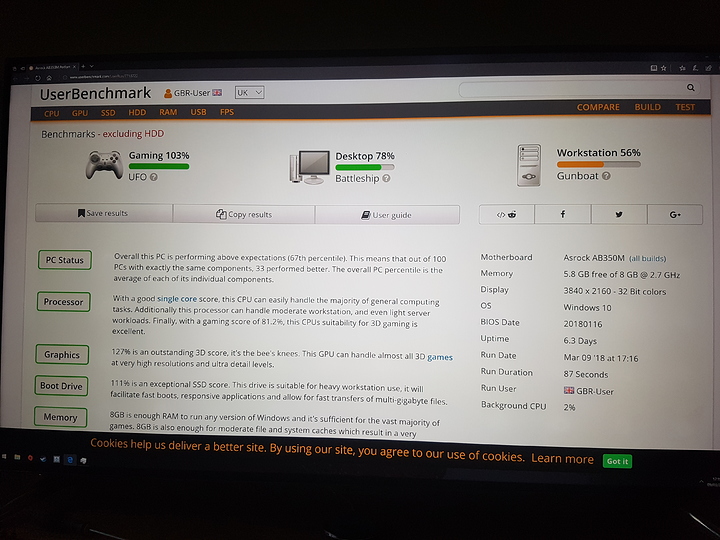 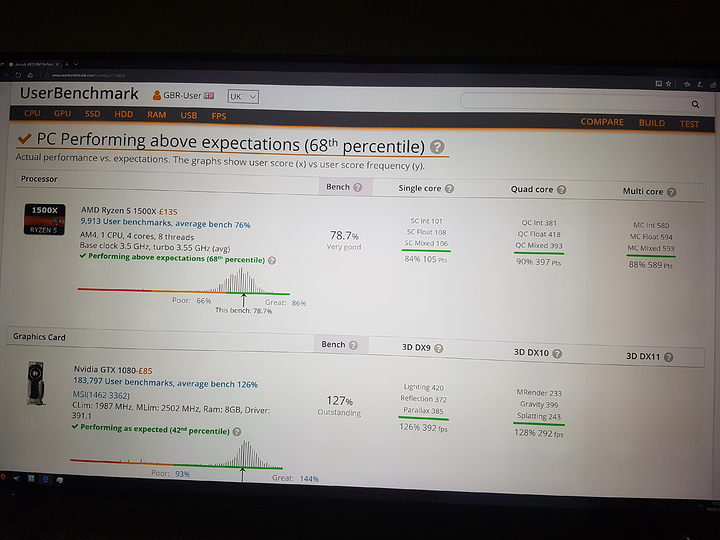 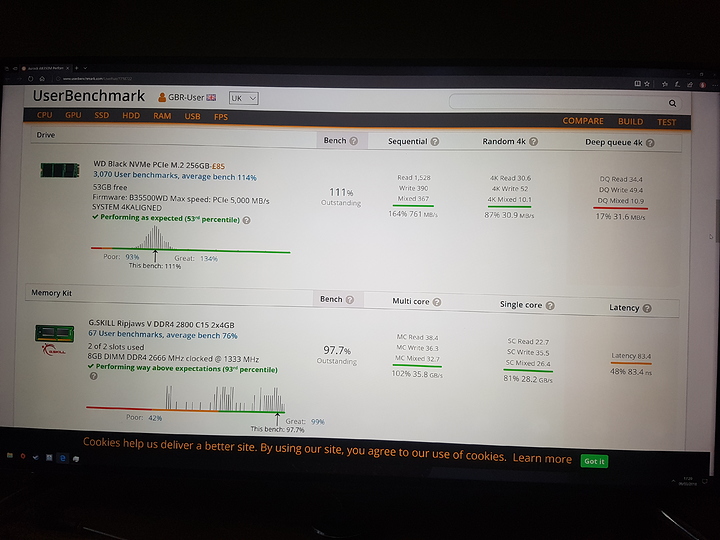 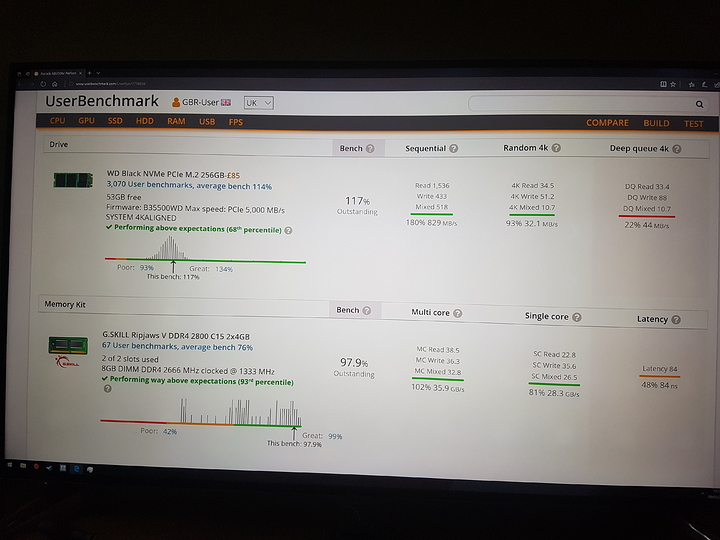 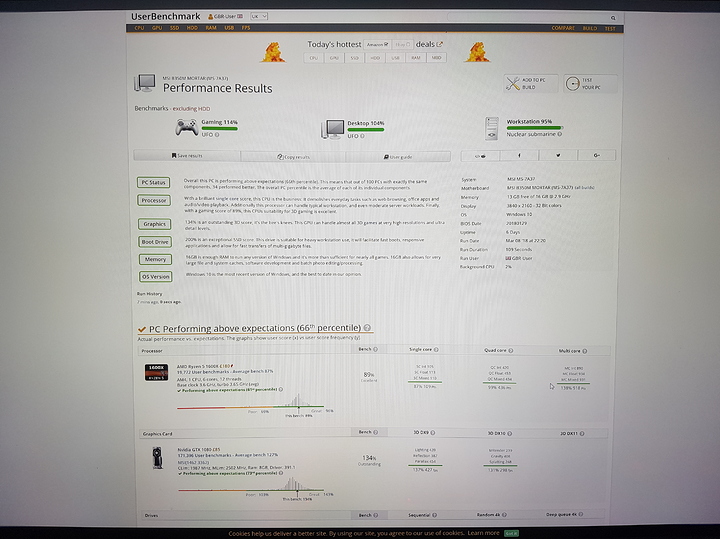 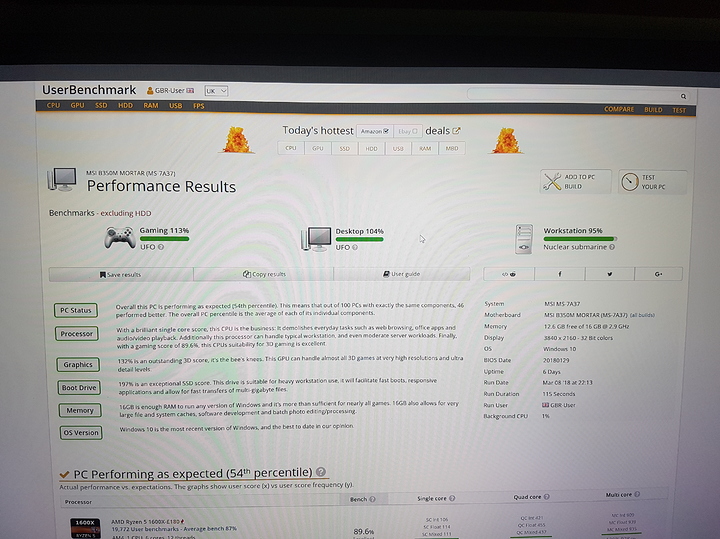 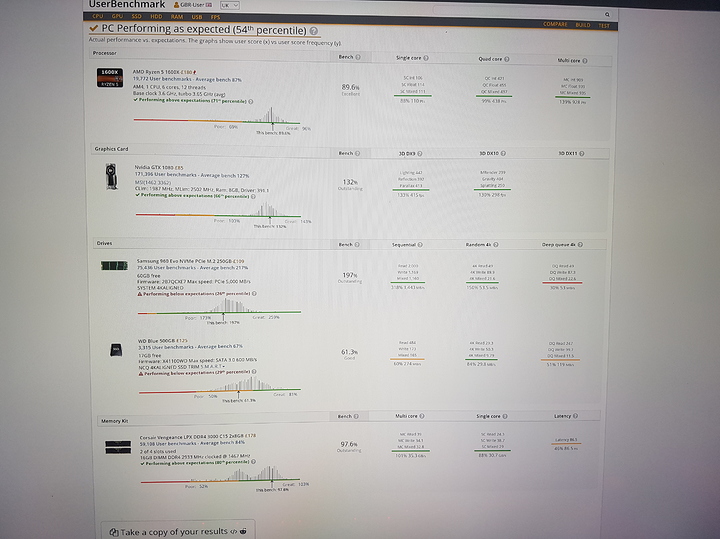 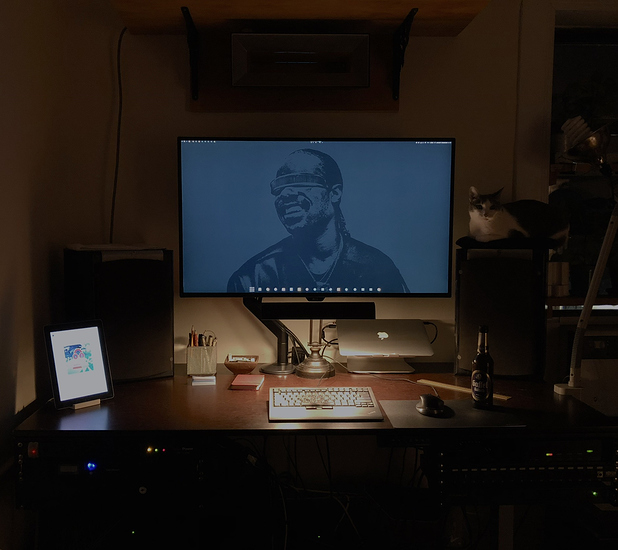 Though prominently featured, the Macbook Air is not the primary system (it’s off actually).

I have one of these ordered, but it’ll probably come in much later this year.

It’s the result of this:

SFF 1U Rack Workstation -- Will this insanity work? Build a PC

I want to put together a Linux-friendly workstation in a 1U enclosure that is less than 12" deep, and can support multiple 4K displays. It’s not for gaming at all. Light media creation, server administration, coding, etc. This is what I came up with… I think I can build it for around $1k. It’s for my desk. Case: https://www.supermicro.com/products/chassis/1U/510/SC510-203B Motherboard: https://www.supermicro.com/products/motherboard/Xeon/C236_C232/X11SSL-F.cfm Processor: https://ark.intel.com/products/88175/Intel-Xeon-Processor-E3-1260L-v5-8M-Cache-2_90-GHz GPU: http://www.amd.com/en-us/products/graphics/workstation/firepro-3d/wx5100# Memory: Any 4x4 kit of ECC 2400/2133 DDR4 UDIMMs Storage: Any SATA III SSD… maybe SATADOM PCIE Riser: Supermicro RSC-R1UFF-E16 Heatsink: Supermicro SNK-P0046P What do we think? I’m concerned about the power supply. The Radeon pulls 75watts but it’ll never be under full load.

Desk? Rack? Can't it be both? Projects & Events

I added a 4U rack to my desk. It’s pretty easy to do. If you aren’t relatively comfortable with a drill, I don’t recommend this as your first drill-centric project, but if you are, then it’s an easy way to make your desk a lot more useful, and potentially tidier. I used: 1 X Startech 4U Vertical Rack (Comes in up to 6U). 6 X 10mm M6 Threaded Inserts 6 X 12mm M6 Screws 1 X Drill 1 X 3/8" Drill Bit 1 X Depth Stop (Optional/recommended) 1 X Metric Hex Key Set ? X Things that go in a rack ? X Square-hole rack hardware I prefer scews/inserts when installing something like this onto a wood surface. You get a better grip into the wood and you can take the screws in and out as much as you want without degrading the grip that the thread has in the wood. [HEIC] STEPS Make sure your desk is thick enough for the inserts. I have an Evodesk with a 3/4" bamboo table top. A cheap Ikea or equivalent table top might be made of a fiber board. Rack mount equipment can be heavy, so you definitely want to have something that is solid wood. [HEIC] Temporarily fix the vertical rack to the bottom of the desk, and trace the holes where the screws need to go. Don’t get sloppy here. It’s critical the holes are aligned perfectly. Set the depth stop of your drill bit to the length of the inserts, and drill holes for the inserts. Then screw the inserts in. [HEIC] Screw in the rack and put stuff in it. [HEIC] DO AS I SAY NOT AS I DO: Take everything off the table and turn it upside down. I was lazy and did not do that. Now my holes aren’t perfectly aligned so it doesn’t screw in flush (see left side). The bamboo table top is not ideal. I would prefer a hardwood like oak or something. I’ll let you know if this falls out one day and breaks my foot. It feels solid, but I was not 100% happy with how the inserts grabbed the wood. I think M5 inserts/screws will give you enough grip while providing more leeway on hole alignment. The M6 screws are exactly the size of…

Once it’s finished, I’ll post a complete breakdown of everything.