Bourboun have more corn in it than wheat iirc… Amiright or amiright?

Visually not very appealing, but flavour wise extremely delicious pork ribs with potatoes, baked in white wine and a bunch of spices… 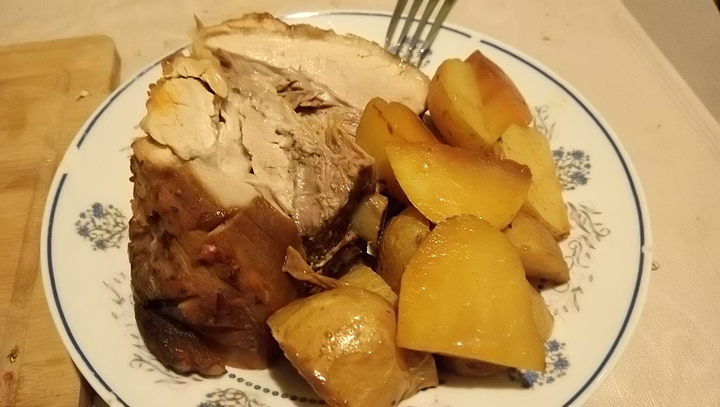 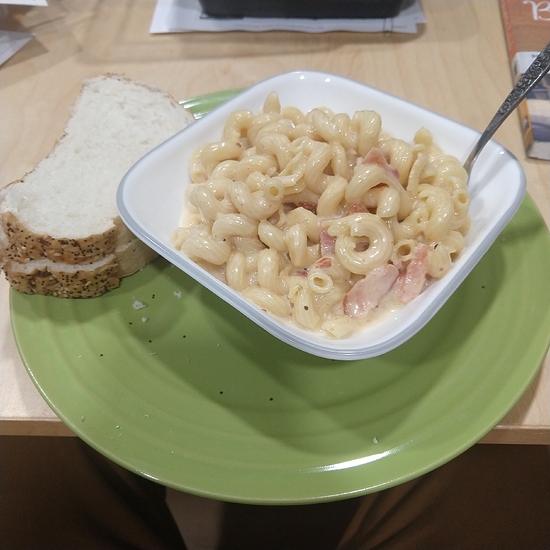 Teriyaki Sockeye Salmon on the grill. 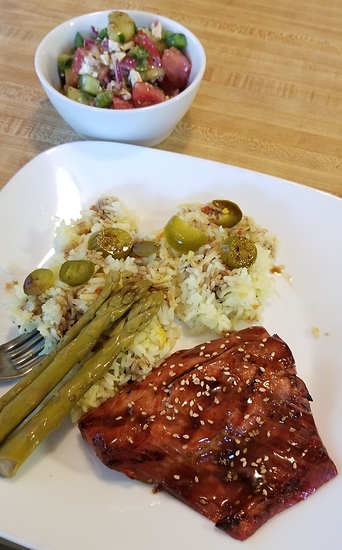 Malt/wheat same source different product. Maybe, my bread is made with bourbon instead of water

There we go, made primarily from KoЯn… 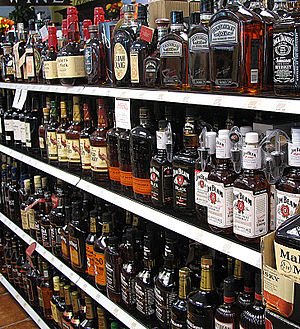 Bourbon whiskey /bɜːrbən/ is a type of American whiskey, a barrel-aged distilled spirit made primarily from corn. The name ultimately derives from the French Bourbon dynasty, although the precise inspiration for the whiskey's name is uncertain; contenders include Bourbon County in Kentucky and Bourbon Street in New Orleans, both of which are named after the dynasty. Bourbon has been distilled since the 18th century. The name "Bourbon" was not applied until the 1850s, and the Kentucky etymo It ...

Australia’s national dish, spaghetti bolognese. Halfway through before I remembered to take a pic. 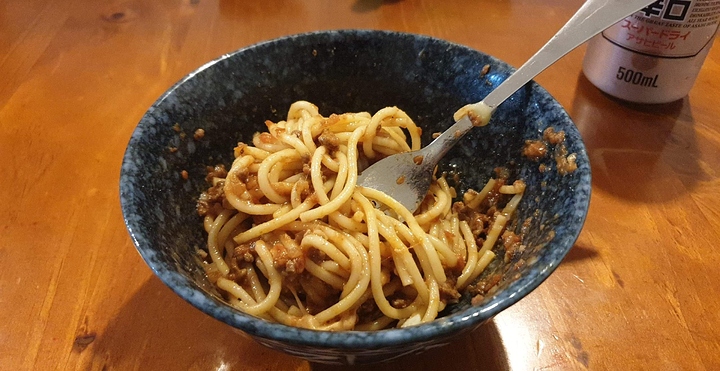 I’m barman for the last about decade or so… My bosses made special point to teach us the difference between whiskey and bourbon. Same with the wines and all that sort of garbage. I have forgotten most of it. I just remember bourbon is corn and rose wine is actually fermented red grapes juice, instead of properly fermented red grapes.

those are some really sexy pans 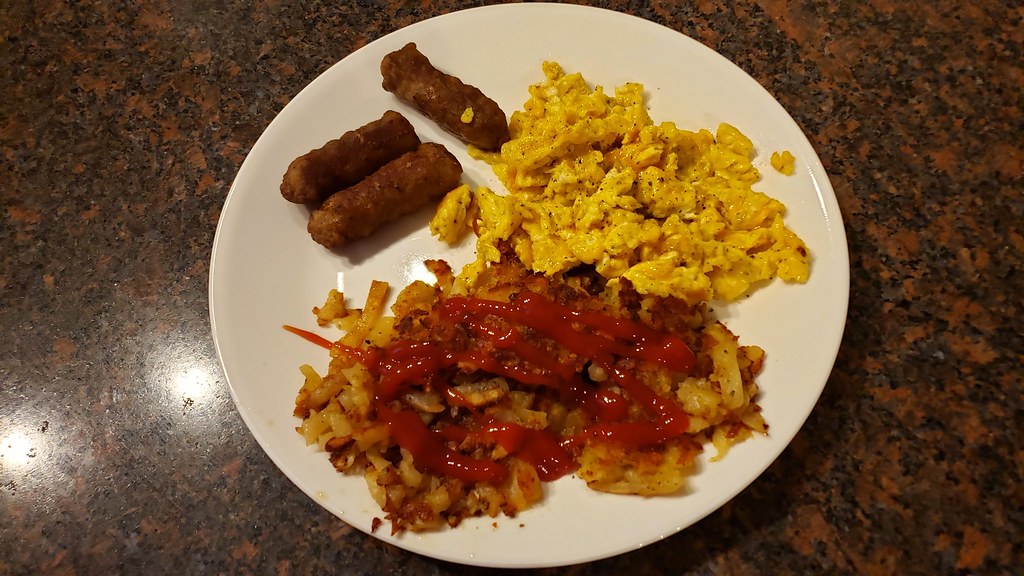 Spatchcock Chicken cause @lesser said it would be great. 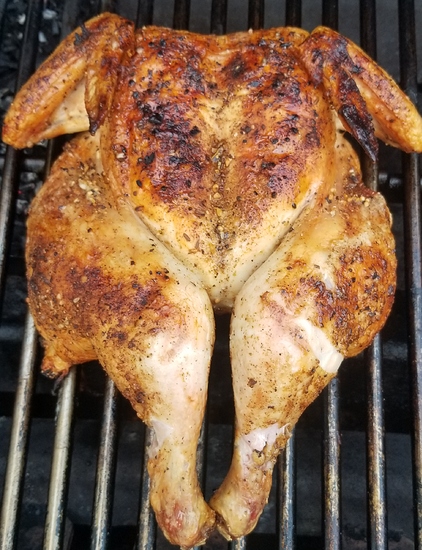 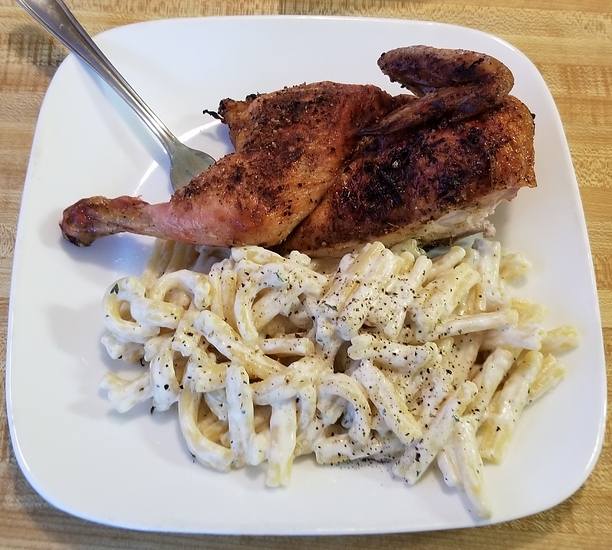 And he wasn’t wrong.

Since I am still working from home, I remain to enjoy eggs more often. Used to only be a weekend thing with several mushrooms to start (to which as a breakfast meal I came to call a “spore drive”) but zucchini has been my bulk base these days (I am more motivated to pick up veggies at the market as part of a CSA - thus pre-paid - than to buy food at the supermarket). 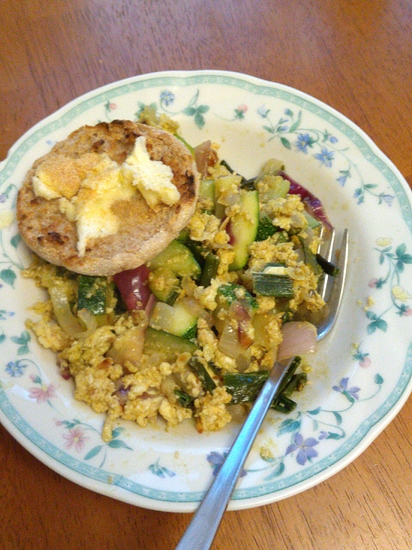 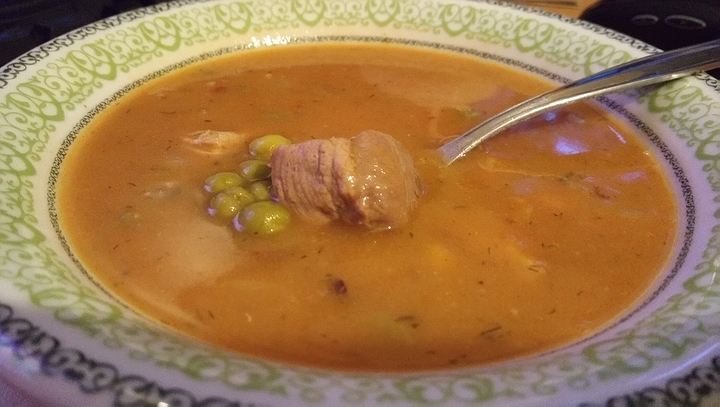 Well, here you go. It’s what we ATE, past tense.

It WAS two of the most delicious Prime Rib steaks that I have ever barbecued. The MOST delicious, because I typically don’t succeed in grilling tender, juicy, medium-rare delicacies.

But wow (pat myself on the back), I finally got it right. The grill is a Weber, now pretty much now cured and aged, which, I guess, helps. I preheated it to 600F, and reduced the burners to minimum, which brought it down to 500F. I then dropped the two steaks onto the grills, but above two smoking boxes, so they were insulated from the direct flames.

I gave them almost exactly 7 minutes per side, and flipped them only once.

Wish you were here!

Seriously! With the isolation these days, we could REALLY use company.

Anyway, hope you like this past tense photo, as much as WE enjoyed it before past tense. 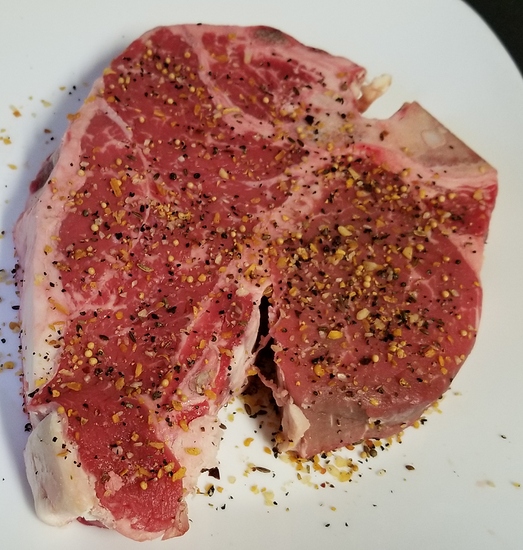 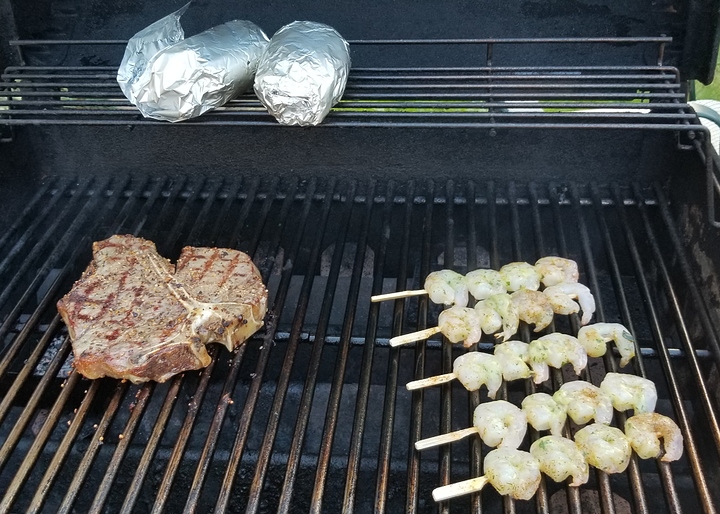 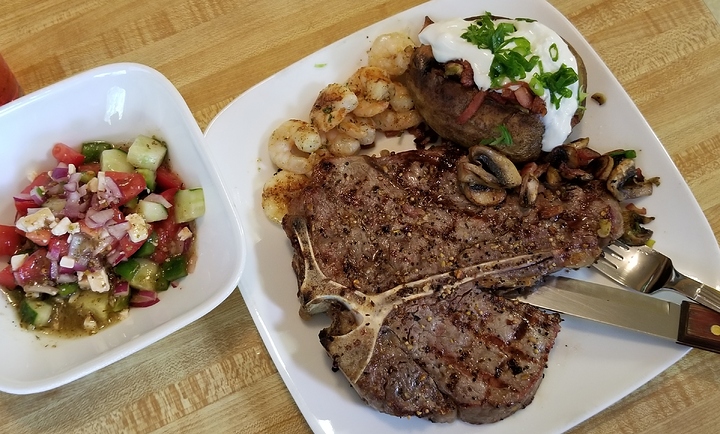 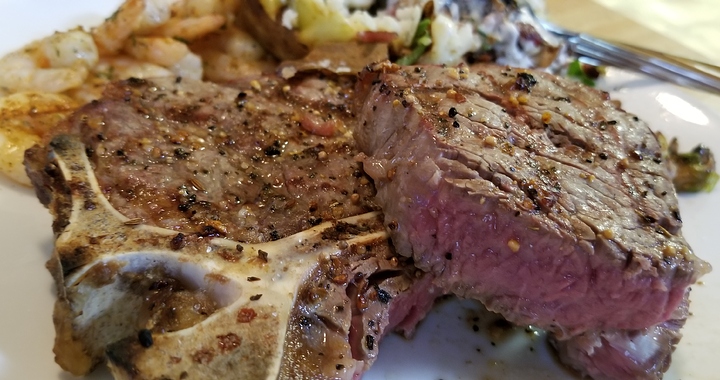