At some point, I must have signed up for emails from AliExpress and they send emails to me regularly.

Well, the latest one got my attention. X79 motherboards from a manufacturer I had never heard of. They look new, and by that I mean they have features I would not expect on an X79 like an M.2 slot for instance. So these have been designed more recently.

I know what I spent back in 2012 for my Sandy-E rig and the 3039K . I have also checked how much secondhand X79 motherboards are going for on eBay.

They are offering a bundle, with RAM, cooler and a 10 core Zeon!

Thoughts? Looks intriguing to me. Would be ideal for an inexpensive Linux workstation. something to mess about with, lab not production.

I would love to see Wendel do a proper review of one of these oddball motherboards.

There are some reviews out there on the Huanan brand on youtube. I’ll have to re-watch them to see if they are quality or not.

In this thread there is a mod bios that will help with overclocking. If you are using and E5-16XX cpu. https://forums.overclockers.ru/viewtopic.php?f=1&t=580210&start=4840

And some information about the motherboard, and other of the Chinese x79 ones. https://xeon-e5450.ru/socket-2011/motherboards/huanan-x79-deluxe-gaming-series/

This has to be a response tho the gaming hotels that are opening.

I recently just purchased just motherboard in a combo set. (HUANAN ZHI X79 motherboard with M.2 slot discount motherboard CPU RAM combos Intel Xeon E5 1650 3.2GHz RAM 16G(4*4G) DDR3 RECC) I’ve suprisngly heard some decent things about it and decided to make a build of it and put it through the ringer. Hopefully I can find driver updates and support for it. Only thing I found was that there was drivers only going up to Windows 8.
See Combo Set Here: https://www.aliexpress.com/item/HUANAN-X79-LGA-2011-motherboard-CPU-RAM-combos-Intel-Xeon-E5-1650-C2-CPU-RAM-16G/32818148443.html?spm=a2g0s.9042311.0.0.15964c4dVkhAjv

Also, this Motherboard can support regular DDR3 RAM as well.

If you are going to buy get it from the ‘WUSON store’, they test before shipping and have humans who actually do support in english.

I used the m-atx version for an upgrade of my vmware lab. 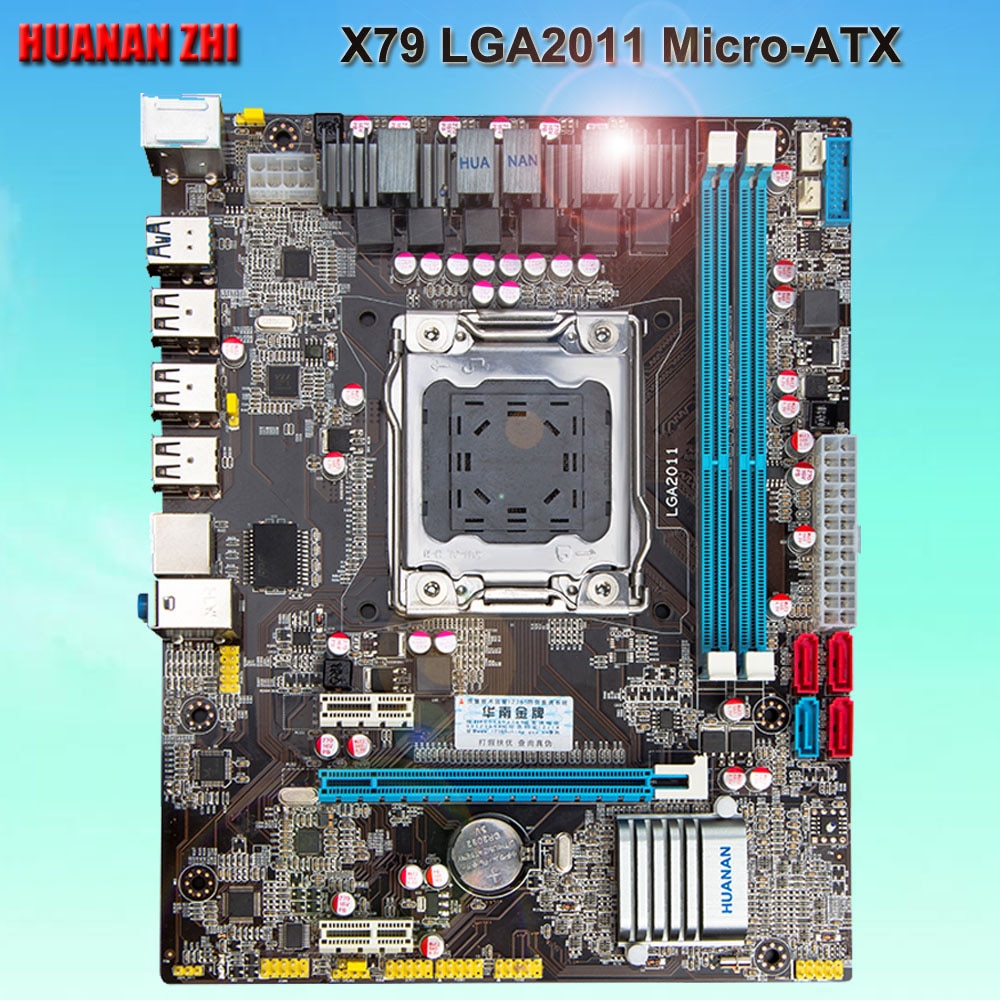 The only issue is the m-atx is the dual channel ONLY memory. Which so far hasn’t been an issue but could be for others. With 32gb of ecc ddr3 registered DIMMS being so cheap. It’s almost rude not to.

also does the board support pcie bifurcation ie. can you set pcie x16 slot to x8x8 or x4x4x4x4 mode?

While not same, I’ve been using the huanan dual socket motherboard for half a year, both with Windows 10 and Ubuntu. So fare I have not experienced any driver issues.

Sounds great. Were you able to run a windows VM with GPU passthrough?

Ah, I haven’t been trying GPU passthrough yet, even though that was the plan. If I can find time I might test it.

I am planning on getting one of the green single socket ones (primarily because there is one seller in Frankfurt) and an E5-2660/2670 or something, whatever is 8-core and cheap-ish.

A friend of mine plays around with video stuff and wanted something more potent than the (free) AMD Phenom Based PC I gave him. I wanted to test the setup first and not sell it to him if I like it enough.

There is a seller that claims that the article is located in Frankfurt (so same country). At least shipping should be fast.

I’ll pull the trigger on it once it’s payday.

Well yeah kinda depends on the quality of parts used on the board.
Like Chinese caps and all that…

Yes very dependent. Some Chinese boards can be top notch though… Remember they do have gamers… Their exports have gotten better in recent years … They have made decent strides on power delivery but little is known about the innards…

Pls can you tell me, where did you find it with shipping from Frankfurt?

I plan to get 2651v2, which are [email protected],7GHz. Could be interesting piece for multithreaded workloads. You can find it on ali for 50USD