I’m on the AMD Red Team plus, and for the New Horizon event we had a get together called The Gathering. Here is an idea of what being Red Team Plus is like and also everything I can tell you about the new Horizon Event that was on the 13th of December in Austin Texas.

First off, I flew to Austin and arrived at the airport around 2PM. We all stayed at the Hyatt in downtown Austin. The first day we were there was Sunday and that was mostly the day when everyone arrived. We did do a stream later in the day, but due to the … meh hotel internet the playing of Duck Game and streaming that did not go so well lol. Still, was really fun meeting everyone on the RTP for the first time and playing a really competitive... shooter?... more like platformer... together.

Monday was really awesome, the entire Red Team Plus were at the AMD headquarters in Austin for the day from 9 until 5 or so. We did a variety of things, like met with a number of the AMD employees working on a variety of products, from CPU’s to GPU’s to OEM relations. One really interesting thing was getting to see the AMD product showcase room where there was a number of things like a Fury X and die/core next to it: 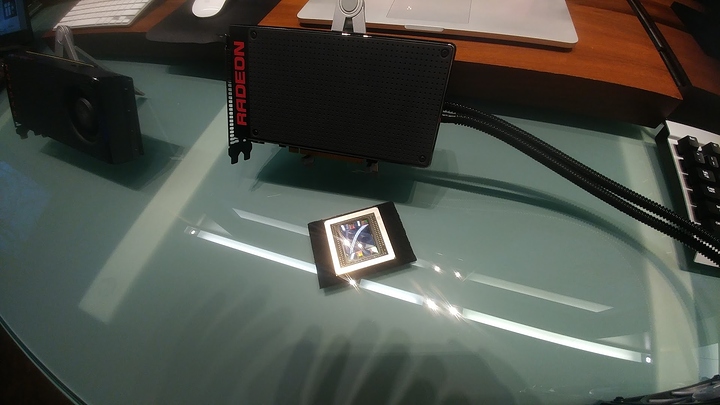 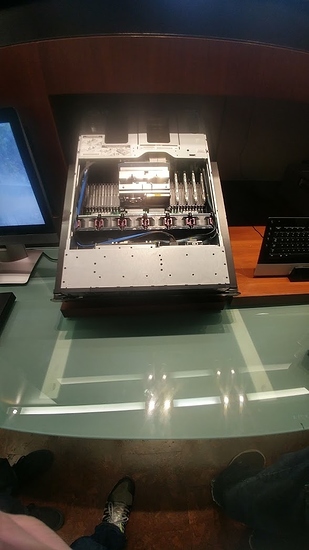 server.jpg588x1045 96.4 KB
Among a variety of cool things like the Playstation set up with the VR headset, a couple of Freesync demos, and a whole room setup of the Oculus Rift with a variety of games. 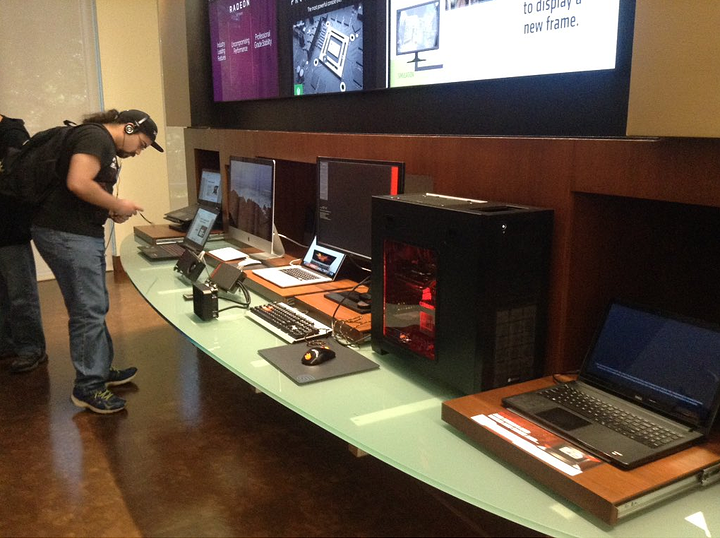 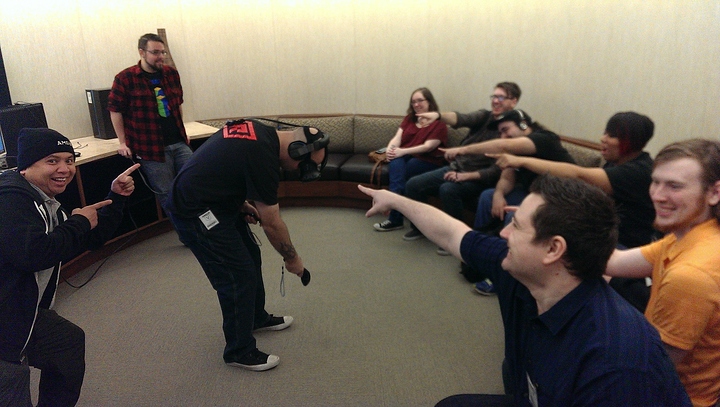 The rest of the day was a lot of meetings, lol. Some about OEM stuff, which was essentially a Q&A, some other meetings, and then a very long session on media etiquette and how to talk to reporters, how to take an interview, etc. and it was actually quite fun in that one. A pic from it: 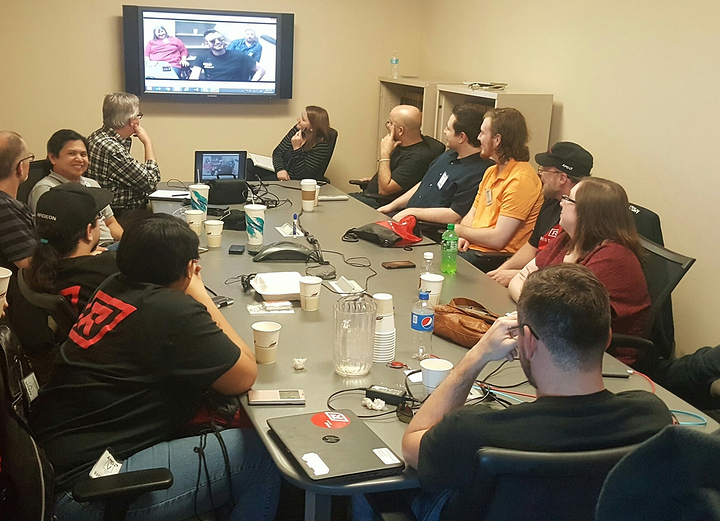 blob.jpg2009x1454 651 KB
We did have lunch while there at AMD HQ, and it was actually really good. Way better than a college campus. 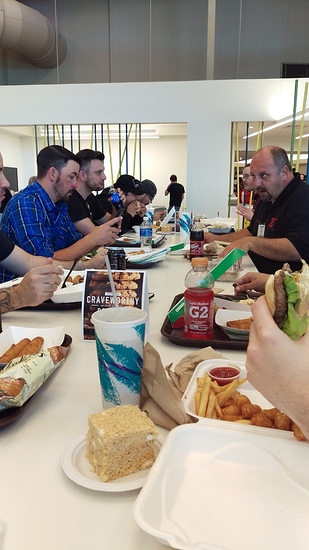 lunch.jpg1152x2048 296 KB
After that, we had… more meetings, lol. Some of which were super interesting, some of which not as much but we got finished around 5:00 and then all went back to the hotel until leaving for dinner at a local restaurant. After that we all hung out at the hotel until the wee hours of the morning.

Tuesday:
Up in the morning at 8 again, left at 9 to go to AMD HQ (again :P), and we got to try out the Assassin's Creed VR experience, which was really interesting. Personally I didn’t find it as immersive as a videogame is, but it still was really cool to be “in” a movie… if only in VR, still was cool. 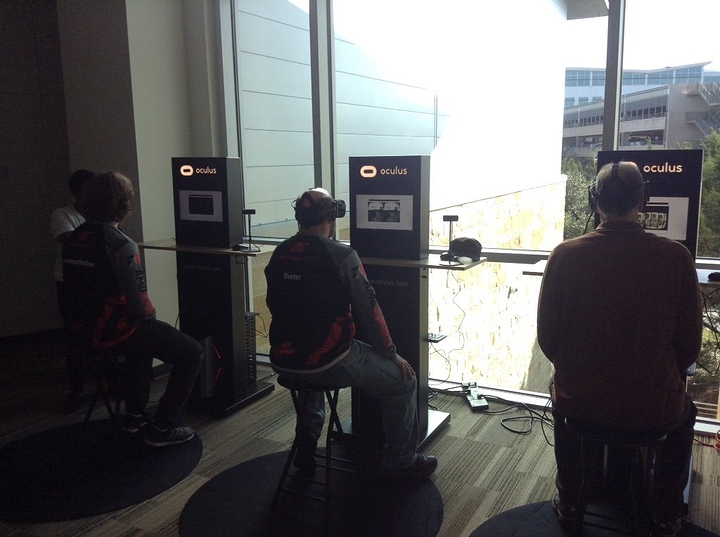 And then the actual New horizon event, which was EPIC to actually be at. I met Robert Hallock, Dr. Lisa Su, James Prior, and a number of other AMD employees and also a bunch of really awesome people that were there. 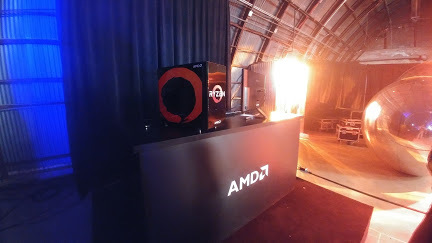 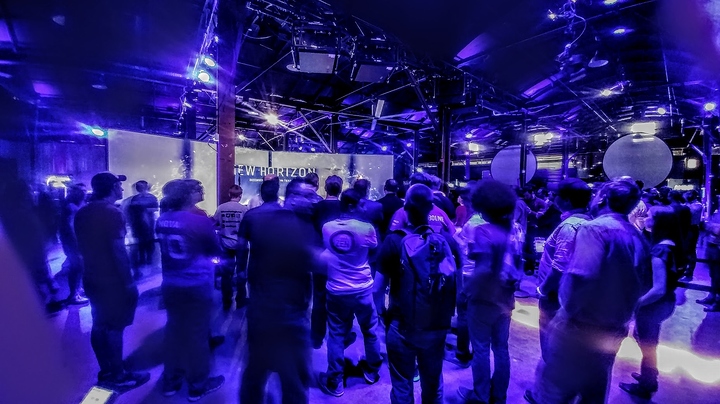 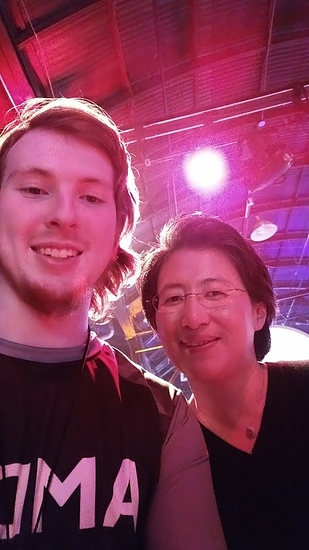 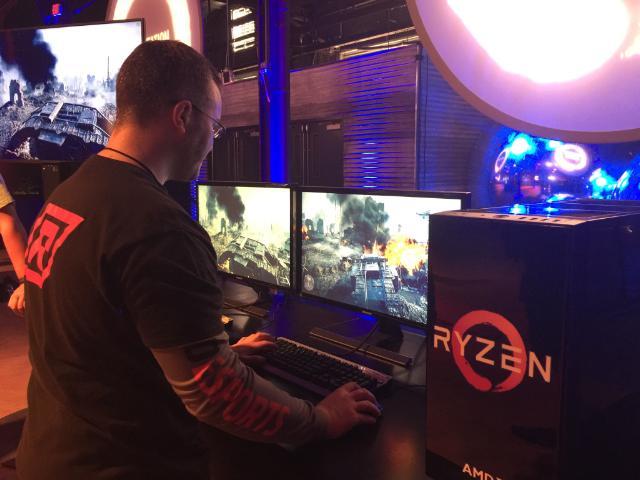 Also an awesome bag of swag: 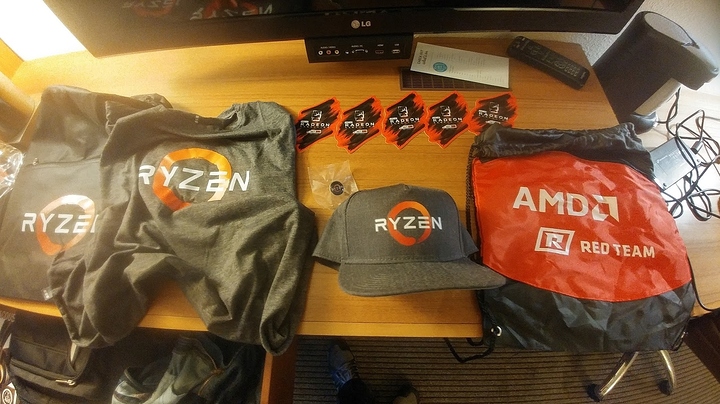 After that, we all went and had dinner. After that was over the whole (well most of the RTP anyway) hung out in one of the hotel rooms for a while: 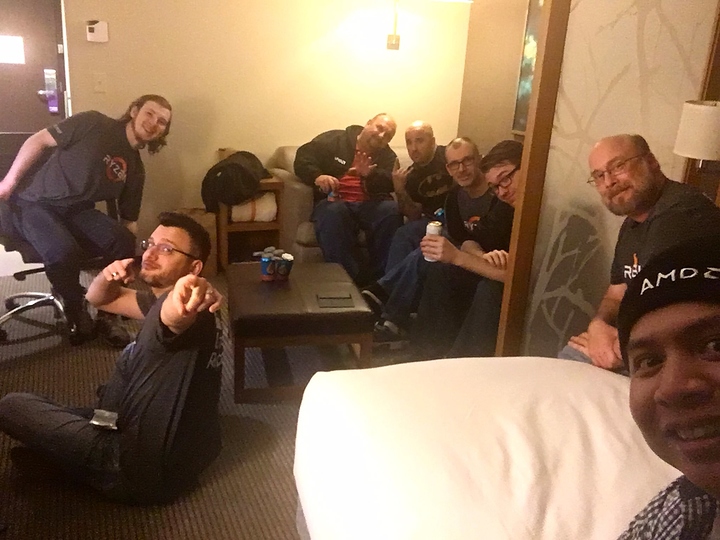 Wednesday was pretty much everyone leaving. By the way I am doing a giveaway (at some point) of some of the Radeon Rebellion stickers, just trying to figure out a good thing to make the competition be lol. Perhaps a photoshop competition is in order, or maybe a new break a leg? Idk yet.

So what did you learn in those meetings?

Overall a good writeup but yeah I'd like to know more unless it is all NDA.

So seriously what kind of music does Raja like? Does he prefer big or little spoon?

Fine, lol will add what I can. Just was getting hard to manage in the tiny little preview box :P

Hahah man it's alright if ya don't wanna.

Yeah the preview box is annoying. When I go on my rants and go full verbal diarrhea I write it in a Word doc then copy paste.

Tjat was cool. Also would like to know as much as you are allowed say.

Also @DerKrieger amd @Cavemanthe0ne you know you can make the tect box larger right, there is a drag thing in the top I think and you can turn off the preview window to give you will width editing.

If you see Keith thank him for some great video's.

After that, we had… more meetings, lol. Some of which were super interesting, some of which not as much but we got finished around 5:00 and then all went back to the hotel until leaving for dinner at a local restaurant. After that we all hung out at the hotel until the wee hours of the morning.

how can i get some of the gravy? Cause i crave for that food. (especially if company is paying for it)

@Cavemanthe0ne how did I not know you were on these forums? Awesome write-up bud

Is that seriously a 3.5" tall rice krispie square!?

Good to see your asking the hard hitting questions Krieger. I too want to know if Raja enjoys being the big or little spoon.

(Literally me and my cave brother @Cavemanthe0ne)

I had not thought of that show in decades . The Lisa Su pic triggered it :)

I'm just wondering one thing: how does one become a member of rtp. Until the newest lan was released, I didnt even know you were a member

Either way. The Event looked like some good stuff

Yep, I'm very active here ( I'm in the lounge a lot as well as running the LAN which is made of people from here doing a tech show every week) 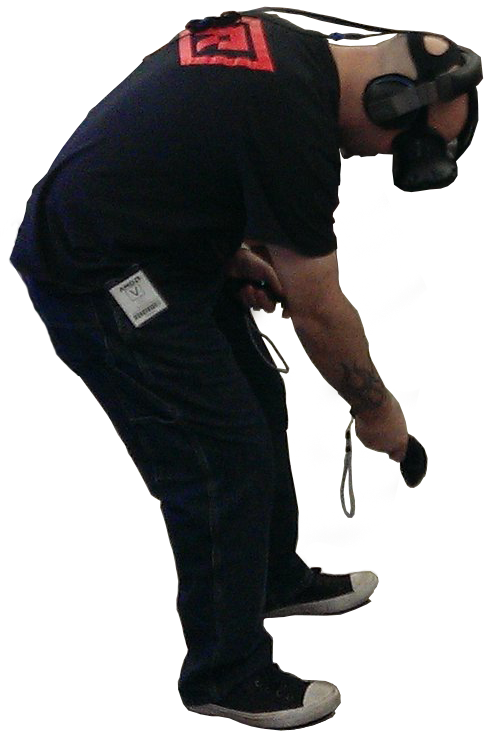 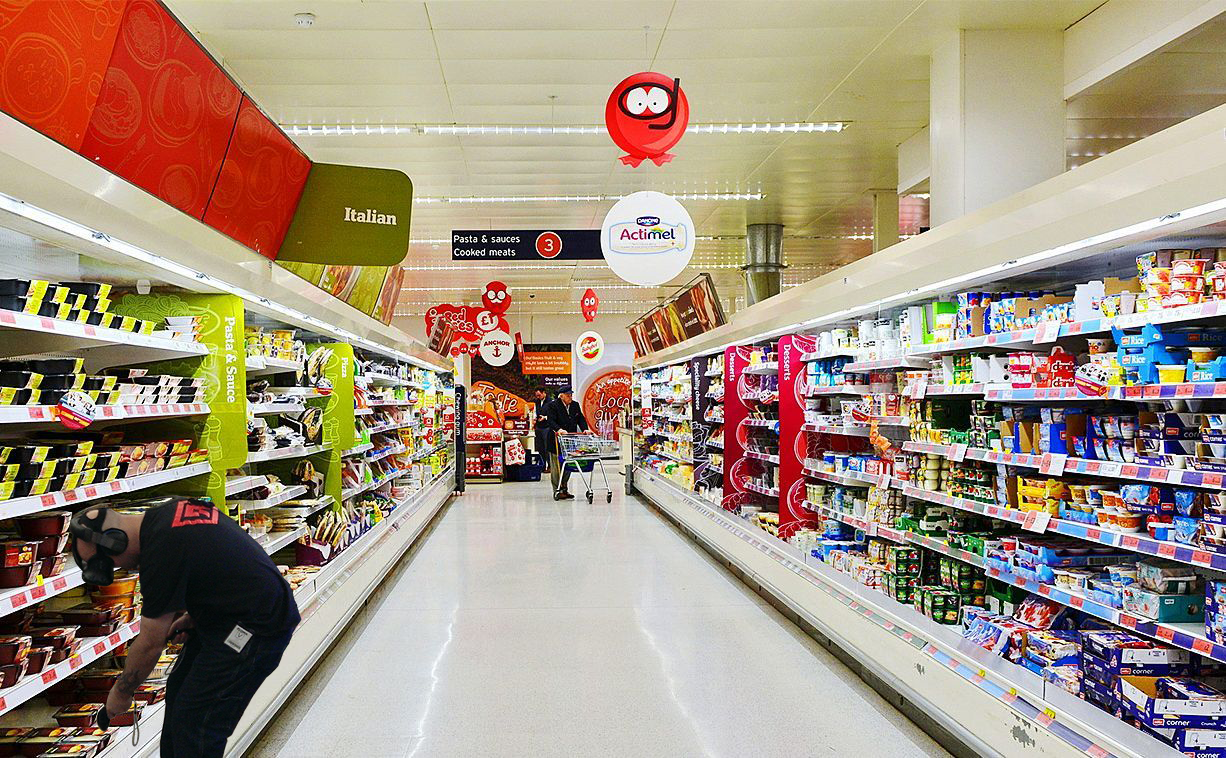 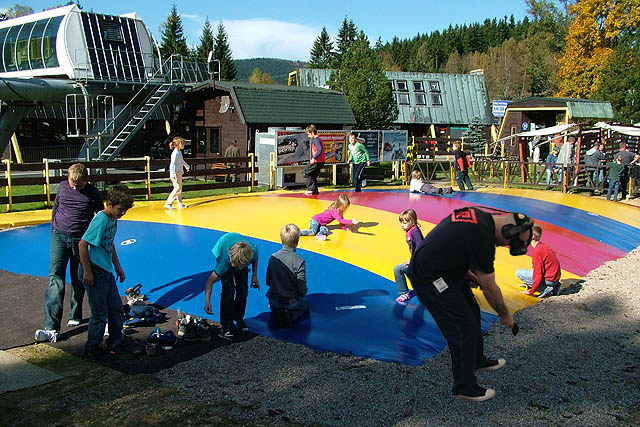 3 Likes
Giveaway! :D Break out the editing skills for some cool stuff
next page →