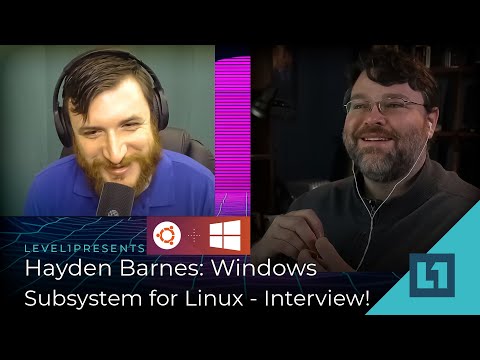 To continue the Windows Subsystem for Linux

, If you’ve not caught it already, Wendell released an interview with Hayden Barnes yesterday on YouTube. Hayden Barnes is the Canonical Developer Advocate for Ubuntu on WSL.

This seems to be an ongoing series of interesting information about WSL at L1.
some of the other community topics on WSL:

Looks like WSL capabilities are expanding, it’s going to be possible to run accelerated Linux applications under WSL. Helluva tool for developers as it’s shaping up. But if this finds it’s way to upstream Linux, it might enable porting of applications that were previously a huge no-no. Microsoft ought to contribute this to Linux/GNU to make any sort of impact IMO, but it seems dx12 will stay a binary blob nonetheless. No idea what it means for the driver situation though.

It's Official. 2020 IS The Year of Linux on the Desktop Windows

You heard me. Undeniable proof that 2020 is finally the year of Linux on the desktop. [image] Thanks to WSL2

Hi Everyone, I didn’t see any posts around this lately. TLDR: My work told me WSL is insecure and that I can use Cygwin instead… So I’m a network engineer at a large security minded organization. We have a very locked down windows environment. I can’t install any software on my laptop myself, desktop has to make pushes to my laptop for me. I come from a Linux background and not being able to use tools like mtr, nmap, whois, and awk is killing me. So I reached out to security asking if they were willing to evaluate WSL for production use. Was just given a vague response that they looked into it and found that it was not secure. We have a local install of Cygwin that I was pointed to. Turns out its hot garbage, or at least the package we have local is. “ls /usr/bin | grep ssh” takes over 35 seconds to return… Does anyone have any thoughts on security issues with WSL? And does anyone know how I can make Cygwin less awful? Anyway thanks for any thoughts or solutions. 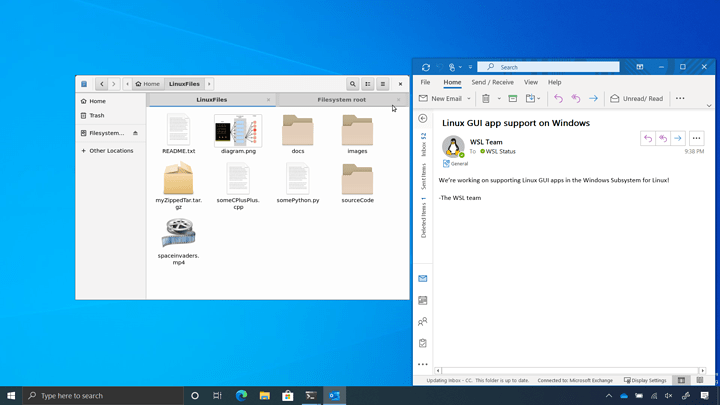 This year at an all virtual BUILD conference we had many exciting announcements for the Windows Subsystem for Linux (WSL)! This blog post gives you a summary of all the WSL news, including what’s available now and what you can expect in the future.

In terms of making windows more useful for me WSL 2 looks great. With WSL it always comes back down to me pulling in the stuff from the OS that does everything but one thing for me. instead of just taking the one thing that it doesn’t do for me and using the OS I actually want.

Knowing that the Ubuntu team is the large contributor to the WSL ubuntu implementation I have to give even more kudos. Makes network work on my work laptop so much easier.