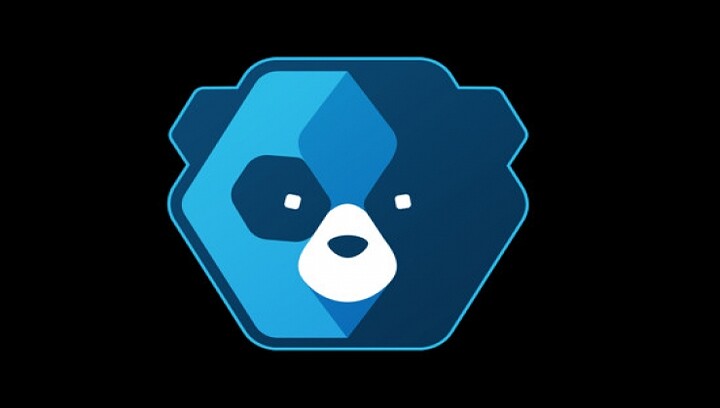 Today, Easy Anti-Cheat from Epic Games / Epic Online Services has officially announced a full expansion for Linux including native builds and Wine + Proton. This is big for Linux Gaming and the Steam Deck.

IF the steamdeck somehow fails (which I think is unlikely), he would kill linux support again and compare it to moving to Canada.

Nice to see, if I’m reading correctly, that this will all live entirely in userspace. So we won’t have to deal with custom built kernels with anti-cheat enabled, I think?

I wonder if this needs a kernel module to work (x.X)

The official announcement also mentions Mac OS, so it is definitely not a custom kernel. No idea how the anti cheat is going to work with Wine.

DIdnt EAC always had Linux support and its the dev’s job to do it?

At least now devs require significantly less work to do it. I hope it gets the ball rolling.

Maybe it was a mistake not to get all the free Epic games all these time?

I think it was that it was never specifically supported just as sort of “yeah sure it can work but that’s your bag to figure out” where as now they are doing official support.

Wonder if this is part of public appeal, to gain outside favouritism on [new] court appeal process?

Its probably profit orientated, so as not to potentially lose game sales (and DLC sales) when the steamdec goes out.

Don’t wish for flying pigs. There is the full possibility they reverse this decision when EAC on Windows 11 needs Secure Boot and TPM. When Windows 10 is EOL, and it’s only Windows 11, they will not support legacy userspace hooks when the majority of the sheeple are on WIndows 11.

This is great! Now I can play Fortnite on my Linux machine??

I would more put it to bet hedging.

Steam did it before when win10 was coming and they were saying things that made Valve make a serious push for Linux and a foundation they could have some control over. That sort of worked, SteamOS and Machine was a bit of a flop, but Steam for Linux got much better to the point I would say certain aspects are better there than on windows. They got things like the Controller worked out and a look into hardware world with that and screens with the Vive/Index, and software with Proton.

So now they are taking a second actual good swing at the Steam Machine/Console idea and it is looking pretty good. Where before the hardware and availability was wishy washy with companies not wanting to commit and Valve not doing a 1st party at the time, now its all in house and they control the process it is looking good and reflected in the sell out pre orders. I imagine Epic see a new “mobile” platform having been booted from the appStore and are hedging their bets. Better to do the bit if work it takes, build some good will, and maintain their access to a new hardware platform that is actively hostile to their previous stance. So they change their tune, always looking to be supporting the “winning” side.

I honestly don’t get why many people are thinking this way. He openly supported Linux-Gaming before, that’s not new. He donated quite a bit to Lutris before as well (sure, probably a PR move, but the result is what counts). I don’t get where this “anti-Linux” sentiment is coming from.

Either way: Good move, I’m just wondering if developers will have to patch their games or what (and with that I don’t just mean the EAC SDK).

If companies feel pressure to pay attention to Linux, this can only be a good thing. You don’t want your games to be excluded from the profitable list of supported games on the Steam Deck.

And we Linux gamers get all the benefits as a side effect.

I don’t get where this “anti-Linux” sentiment is coming from.

Probably the fact that Epic Games Store for a Long time refused to even consider Linux support (flat out no), and some games with Linux support (like Rocket League) dropped Linux support once they became an Epic exclusive.

This is great news however if true. Still on the fence but looks promising, go Epic

If companies feel pressure to pay attention to Linux, this can only be a good thing.

TBH Valve is stemming most of the work anyway with DXVK and their WINE patches. All the games have to do is not actively work against it and Valve will take care of support sooner or later.

I honestly think they would have done this sooner or later regardless of the acquisition. The reason they gave is also pretty understandable: native linux ports require way more support for a fraction of the userbase. And in times of Proton it is just quite literally unnecesary.
Yes that may be an unpopular opinion, but native Linux gaming sucks balls if the games are not actively maintained and patched. Support via WINE/Proton is just more feasable.
edit:
I talked about this a bit more here:

I know this comment is quite old but I was going through unread stuff and happened to come across this… So here’s the issue: The problem with releasing for Linux is not so much the initial development cost, it is the continued support after release. Case in point: Deus Ex Mankind Divided has a native Linux port, always had (“always” meaning it w…

I think one issue to the above would be for games to be distributed in AppImages so they could package all their dependencies and don’t care about the underlying system, I’m just not sure why no game seems to be doing that, but maybe that’s also a steam issue, who knows.

I honestly think they would have done this sooner or later regardless of the acquisition. The reason they gave is also pretty understandable: native linux ports require way more support for a fraction of the userbase. And in times of Proton it is just quite literally unnecesary.

Oh don’t get me wrong I understand the business decision but back then Proton didn’t exist yet, and even if it did EAC left things hanging. Since Rocket League had a small but loyal Linux fanbase these guys got very salty once their favorite game wasn’t supported on their platform anymore. So while not intended as an anti Linux move it was very much perceived as such, even though the game works great with Proton today.

I completely agree that gaming tech for Linux needs to evolve either towards (virtualisation) containers or separation of engine and content. First is easier to achieve, second would allow a much better long term experience (install engine once, provide actual game levels and other assets as game packs - like ScummVM). But that is a discussion for another thread.

back then Proton didn’t exist yet

That’s not true at all lol.
At the time people were already playing RL via Proton (and having a better experience with it). The Linux version was discontinued in March 2020, Proton’s initial release was August 2018. We were on Proton 5.0 at that point.

And that is exactly the issue with the Linux crowd, they get salty over shit for no reason. Remember the Witcher 2 release? Yeah. Dickheads were loosing their shit because “it’s not truly native”. Like WTF are these people smoking? Instead of being happy there’s a Linux version at all they go on about it being “only a WINE port”.

evolve either towards (virtualisation) containers or separation of engine and content

That or the aforementioned AppImage (or Flatpak, Snap, whatever).

That’s not true at all lol.
At the time people were already playing RL via Proton (and having a better experience with it). The Linux version was discontinued in March 2020, Proton’s initial release was August 2018. We were on Proton 5.0 at that point.

Huh, I was totally misremembering here. I thought the axe came in like, 2017-2018 or so. Thanks for the correction.

they go on about it being “only a WINE port”.

While it is true we will always need Wine/Proton due to legacy games, it doesn’t bode well for native gaming if everything new targets Wine and DX12. In terms of game availability and for the people just wanting to game though, it is fantastic.

That or the aforementioned AppImage (or Flatpak, Snap, whatever).