I dont know if this will work but I wanted to start something similar to the lounge or the gun corner but for people that are pursuing or have a degree in computer science, electrical engineering, computer engineering or anything similar. I dont know if we have the population to sustain such a thing but we will see how this goes.

I am hoping for a place we could nerd out to an even higher level for stuff like system architecture, programming, discrete mathematics, algorithms ect.

Good idea. I can complain here about how i don't like building a system on Windows lol

TFW you just have a shitty 2 year degree from the local technical college.

Would anybody know why this isnt more accurate even running many iterations, I am new to multi threading.

I thought this was pretty neat.

oh boy. caught that one before I did 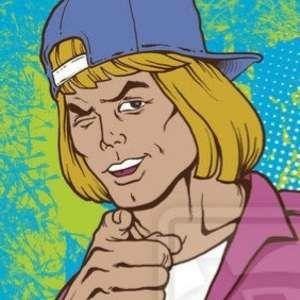 FTW you don't even have a degree.

I would venture a guess that you don't actually have to be a CS/EE major to take part.

as long as you can stick a fork in an outlet and learn from it, you're welcome here.

Anybody know anything about data science, machine learning or artificial intelligence? I would like to take a parallel algorithms course but in my own time I would like to pursue either one of those fields.

I do, but I'm self taught and most interested in computer vision.

So is machine learning and AI a subset of data science?

kinda yeah, they share a lot of methodology overlap, and they're increasingly getting their peanut butter in the others' chocolate in solutions/products that are emerging recently.

I am wondering how to approach this. I dont just want to use some machine learning library I actually want to learn the math and how it works from the ground up. Could I start with data science and then move into machine learning and then AI?

Little bit roundabout, but I don't see why not. You can use torch similarly to matlab if you want to do it all without changing your language and framework

I prefer Python, I have never used Matlab before.