Well I am contemplating a 3D printer... at least 7"x7". though 12"x12" would be nice, heated plate, and possibility to upgraded to multi extruder. I have zero experience with 3d printers, though I would not be against putting one together... I saw an original prusa i3 mk2s which has an upgrade to 4 extruders, which looked pretty sweet. I would like to keep the price less then 1000$ canadian, but 500$ would be prime.
Anyone with a decent amount of experience in 3d printers out there who can guide me to something as such? It would be cool if it could print metals like copper etc... I have seen some of these but it looks like it is fairly new stomping ground.
Any ways all advice and guidance is appreciated.

Here in Australia you can get the Prusia 3+ from Aldi for $499 (probably sold out when it arrives). Which is around 370usd, I hear you can get them in USA for 349 from places. They are a decent printer and upgradable.

Makers Muse on YT talks a bit about cheap printers in many videos, am sure you can find one to your liking.

I myself have 5 printers, however 2 of them are SLA and won't arrive until another few months. The only cheap one I have is a Delta Mini 3D but I don't think it can be upgraded to dual unless you go the Y filament feeder route. (was 230usd to door, as kit)

If you can get a flashforge clone (often CTC make them) for cheap then there not too bad and have lots of people making upgrades for them, plus enclosed which means easier abs/pet printing.

$299, thats a steal: They are not perfect, but because so many people have them you will find lots of little trick upgrades on thingiverse to make them quite nice little enclosed printers.

Just note the $299 don't have the perspex windows on the side, or front for door. You can make them yourself however or buy them as a little upgrade later down the track. I think the MK8 extruder is better then MK7 ones but not sure exactly on difference.

Oh and the images on those ebay sales are comical, you will unlikely get such spectatular results without serious effort and upgrades (most are free from thingiverse). Some of those images appear to be SLA prints, but for the price thats what you get.

Upload your design to get free instant quotes. Select a 3D printing service, choose a material and have your order delivered within 48 hours.

I'm ｂａｍｂｏｏｚｌｅｄ that no one else has taken the time to make a thread about 3D printing. So here it is. My printers: BASIC TERMINOLOGY Additive Manufacturing= A process by which digital 3D design data is used to build up a component in layers by depositing material. FDM= Fused Deposition Modeling, the most prevalent type in the consumer market, lays down molten plastic in a 2D pattern again and again and again and again and again and agaaaaaaaaaaaaain, until you get your desired 3D thing. SLA= Stereo Lithography (add apparatus for the a). A platform sits in a vat of some sort of resin, gets exposed to light either with a projector or a laser, resin cures for that layer, platform lifts up one layer. Pretty much makes your part upside down. capable of extremely fine details SLS= Selective Laser Sintering is a sort of hybrid where a FDM style nozzle lays down METAL OR CERAMIC dust, and zaps it with a super powerful laser to melt the dust, sintering it into a thing, builds layer by layer just like everything else. n00b answers for n00b questions (not serious, maybe?): What is a FDM printer? A really, really smart hot glue gun. What is a SLA printer? A laser projecter so powerful they had to protect the world from it by covering it in goo. What is a SLS printer? FREAKIN' METAL MELTING LAAAAASER BEAMS PRINTER Youtuber stuffs Also Barnacules Nerdgasm once in a while but he isnt a dedicated printing channel Level1Techs maybe soon eventually?!? that'd be great You got a recommendation for people with absolutely no experience? Ultimaker You got a recommendation for POOR people with absolutely no experience? You got a recommendation for someone with a reasonable amount of technical knowhow and looking for top end quality without destroying my wallet completely ? Cool, now what if I want that but I'm poor people? (watch all 6) I need to print something about the size of a cu…

I saw an original prusa i3 mk2s

have zero experience with 3d printers,

It would be cool if it could print metals like copper etc.

you will want a hardened nozzle, particle filled filaments chew up brass nozzles

Positron is trying to sell a 3d printing service, however thats not what the OP asked. He wants a printer below $500, which isn't going to get you anything amazing but there are plenty of choices, I mentioned a couple.

possibility to upgraded to multi extruder

though I would not be against putting one together

so , what about this one? Is it any good?

I am looking for the prusa i3 mk2 in Canada. If i get one from the states it will cost an extra 300$ just to cross the border... you know FREE TRADE... and not to mention exchange.

Seems like a normal i3, however for a DIY kit it seems a tad high. 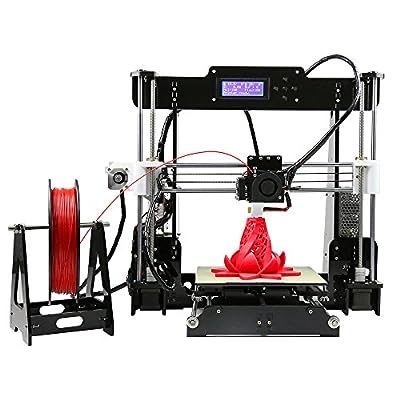 Prusa clone but it looks to be better built, and on promotion. (similar to Anet A8)

Ya that is about 429 dollars in Canada assuming I found the right Kossel kit.

I would get that one I just listed, 350cnd delivered, has slightly larger build volume then Prusa. And it looks better built and has a spool holder.

Ya that looks nice... Is there any real value in auto level? I see another one like that with auto level on it for only 20$ more.

its helps but you still need to fine tweak levelling sometimes. $20 more is fine to pay for the feature, I'd do it.

What do you guys use 3D printers for? I'd be all for it but I can't justify it for the sake of novelty alone and I really can't think of any practical reason for me to have one at this moment. What am I missing? 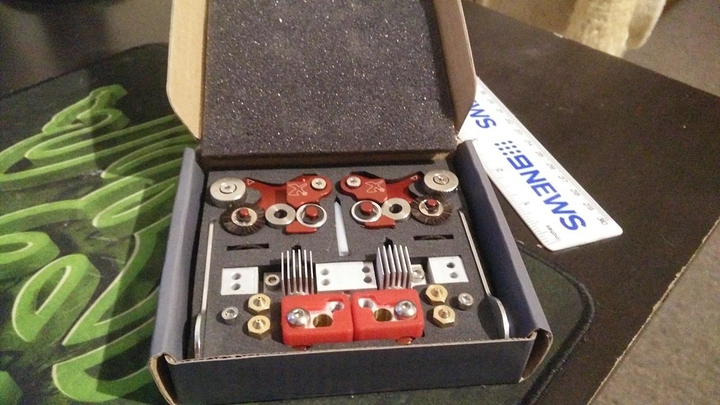 Custom containers for arduino projects, Plastic gears and parts that can't be purchased anymore. More so then anything, "just to see if I can" build it, have it working properly, and successfully use the item. It is the same reason I use Slackware, or teach myself to build iPhone Apps, or any other form of programming. I will never know until I get one.

300x300x400mm print volume with a heated bed. They come pretty much pre-assembled. I got mine from Gearbest, only took a couple of weeks to ship from China.

Yeah its pretty good for price, the external display and power supply will be annoying to move when you move the printer but its only 100x100x100mm off from my Modus footprint which I paid over double that for. (and still needed a extruder upgrade for reliability) Thought mine is dual.