Thinking for my first(ish) personal project assisted with the work 3D printing, I’m going to try adapting some macbook speaker drivers to the Legion I just got in an attempt to make it sound less bad. We’ll see whether any improvement can actually be made to a pair of down firing speakers…

Inspired by Big Clive’s video below, I’ve also got all of the parts to put together a DIY air purifier: 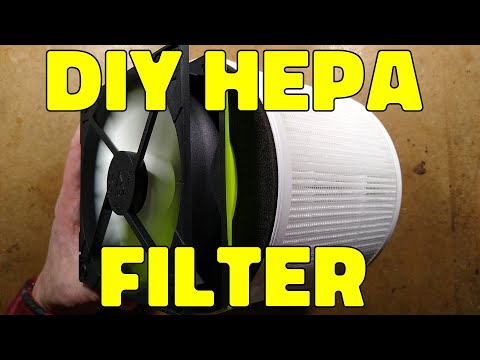 Just got to design and print the housing, which won’t be too time consuming. 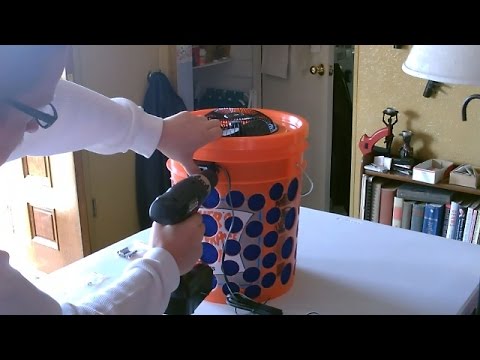 I made a filter box a while ago.
The mesh clogs up with hair rather quickly which then helps to catch finer dust. I have all the parts (except material for a box) for a solar powered second one already.

Project Fume extractor I have this horrible bodge of a fume mover. Consisting of two small fans salvaged from old PSUs and taking up my bench PSU for power. Yes, hotglue was involved in the making… [UL_3] The Plan Build a box with a fan and ways to support activated-coal filters, put a switch on it and boom. Considerations: Switch on the de…

Also on the agenda - Figure out why the wifi on my new laptop keeps cutting out. They stupidly put the antenna in the wrist rest, so your hands block the signal a bit, but I think there’s something else going on. Swapped the antenna around, as someone on some forum at some point said that fixed it for them (badly installed cable probs), but to no avail.

Well the card should not be the issue.

Have you checked if the contacts on the card are solid? Is the antenna wire kinked too badly and maybe got cut short on the inside?

The fact that it’s near the palm rest makes me think that even the field emitted by the trackpad could be a culprit, if the antenna is running near it.

The cables are fine.

I changed the n/ac/ax mode to ac in device manager, and it hasn’t cut out in the last hour. Found some people complaining of similar on the AX201.

That’s weird, but I guess it might be a quirk of that specific card. Glad it solved the issue!

I’ve had no issues with the AX200 on my dekstop PC, but that one digit at the end of the model number I guess makes all the difference.

Laptop speaker thing is binned because the laptop is gone. I’ll get around to doing the air purifier eventually.

SD card in my pi just died, so it had been given the 500GB NVMe drive I had lying around. Slight overkill for a glorified Google Chromecast Audio. 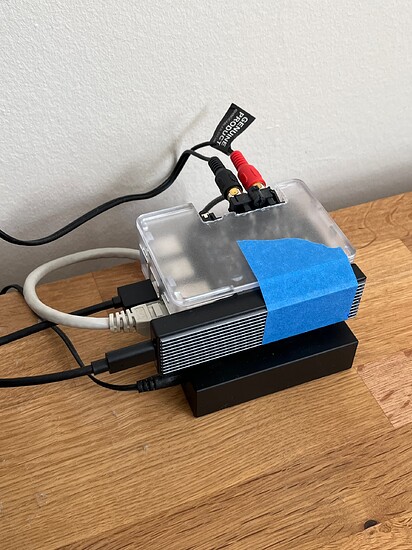 I’ve been trying to come up with a way to keep cigarette smoke out of my friends PC, he refuses to quit or quit near it, maybe a few off these as intakes could help

used fabric softener sheets over the intakes of the fans ? 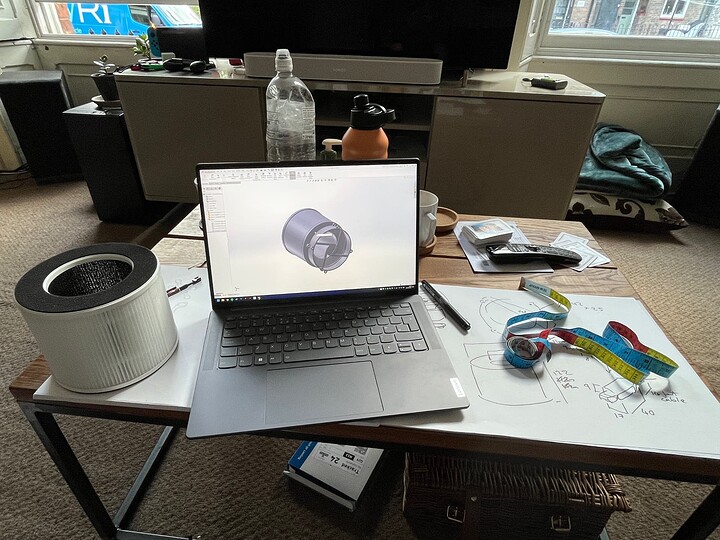 Going to try to print it in 5 parts. Will try to carry over the vent pattern I’ve done on the bottom to the surrounding parts. Going to be tapering from this circle with a sharp corner to a regular circle at the top. Might look a bit puffy.

Also enough space to put in a low noise adapter if I want to. 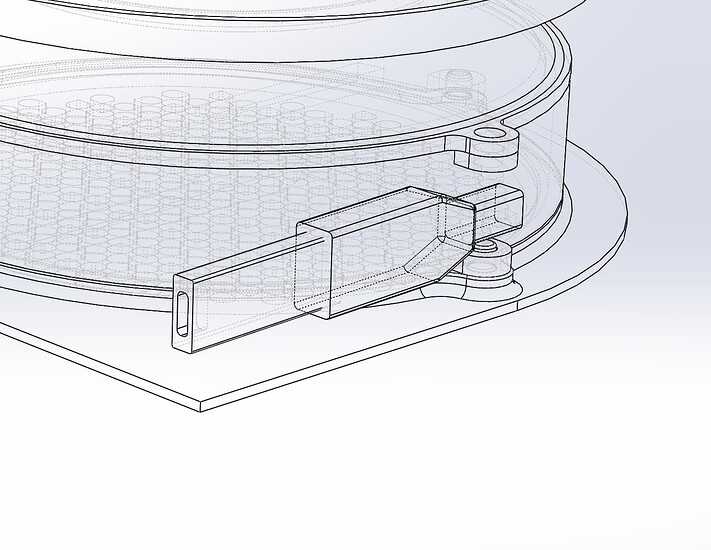 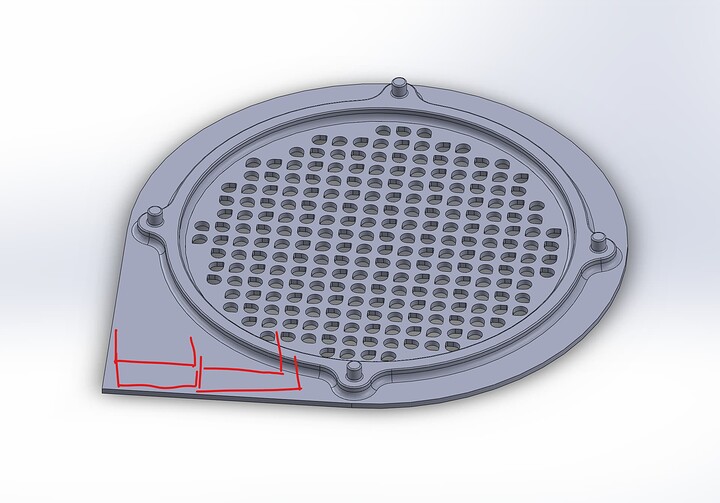 Printing the adapter first and then remeasuring before I fully design the housing. 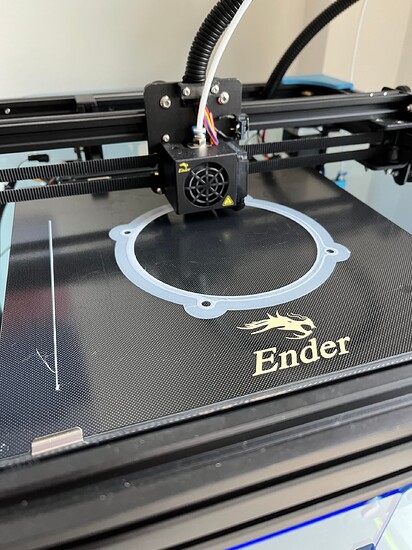 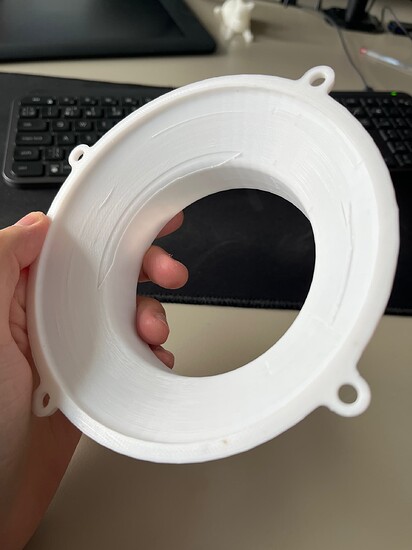 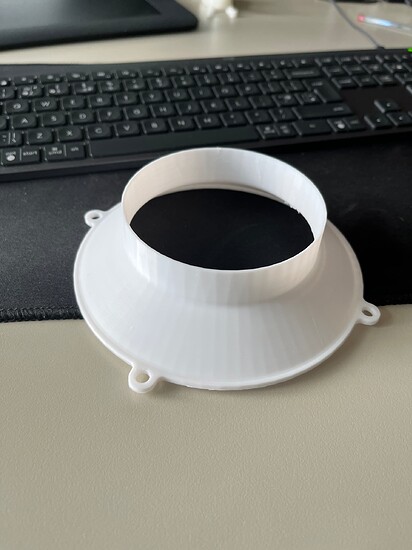