Takee green PCBs, use side emitting warm white LEDs and a few red normal LEDs and you are golden.

I usually use OSHpark which makes purple PCBs, but maybe some careful masking and some spraypaint would work?

To the other tinkerers:
Why do you buy 10 fuses when you blow the one in your multimeter?

Because you will blow it twice to make sure you really had the wrong probe points.

My dad did finished the base for me. It came out amazing! 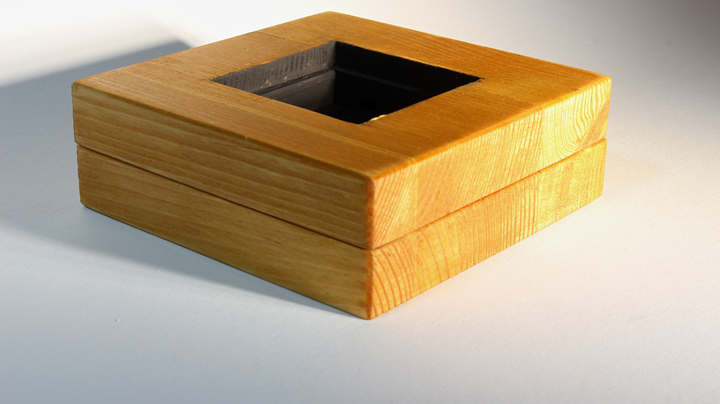 Screwed in the electronics: 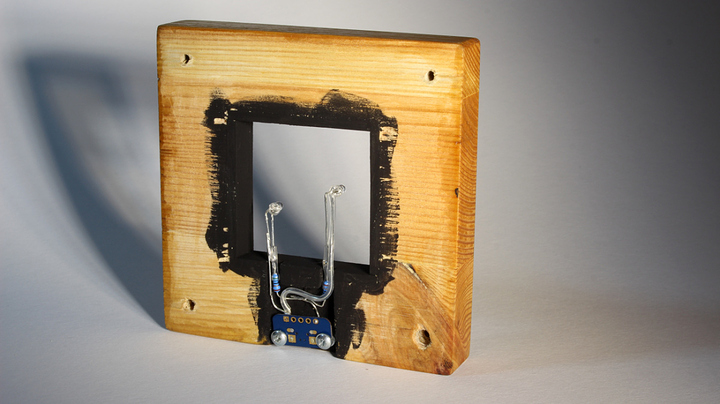 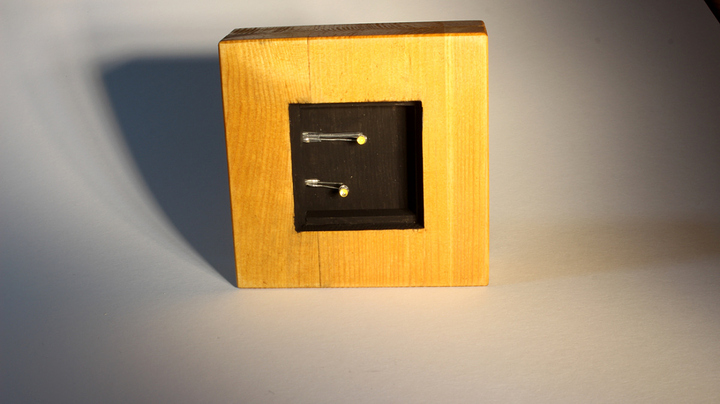 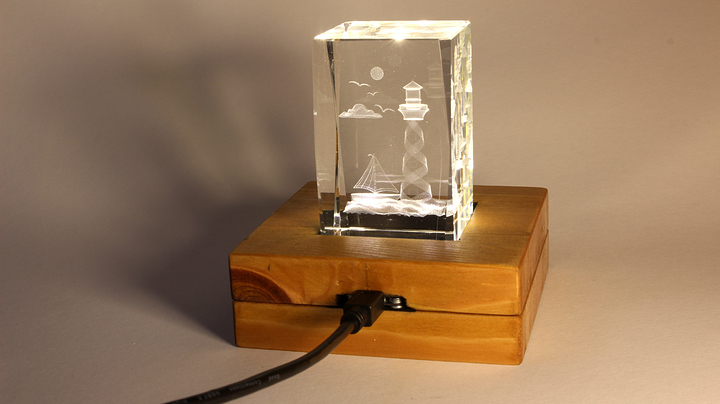 3 - BananaPi SSD NAS
…has been up and running for a while now. OpenMediaVault was painless to setup and use. 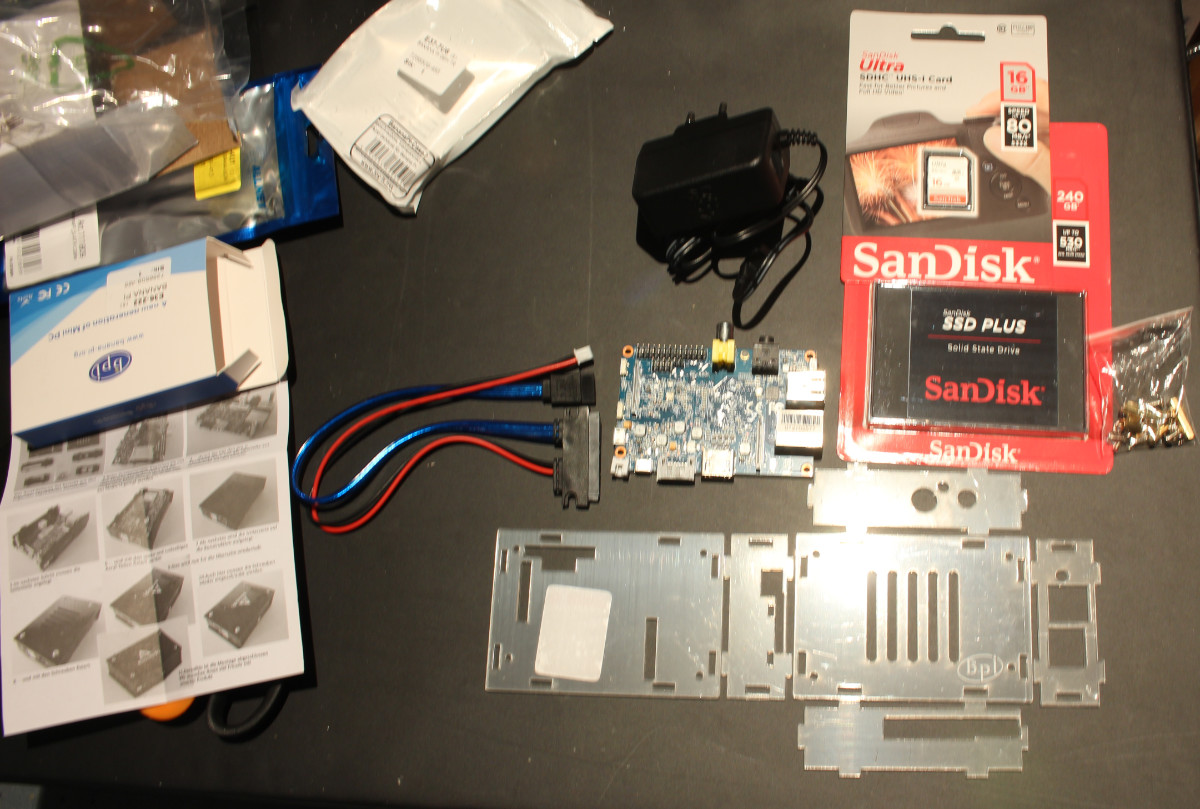 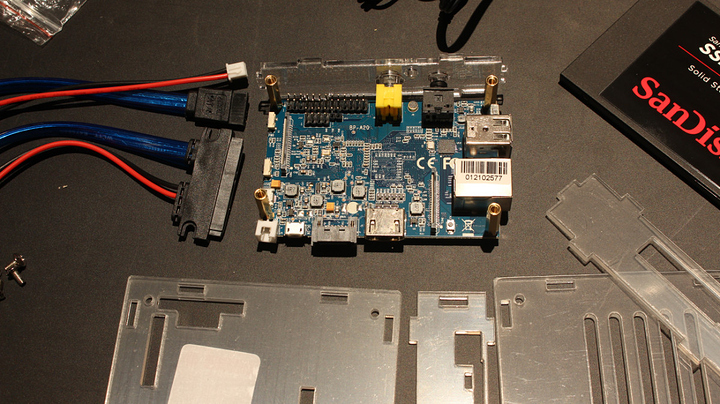 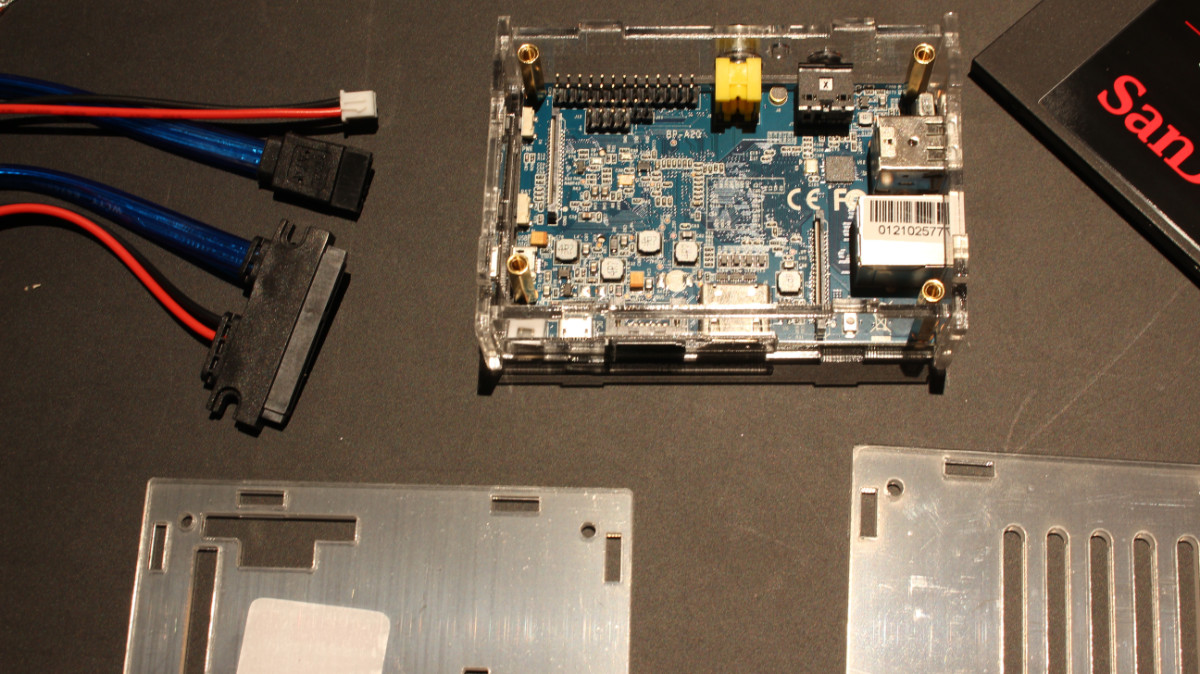 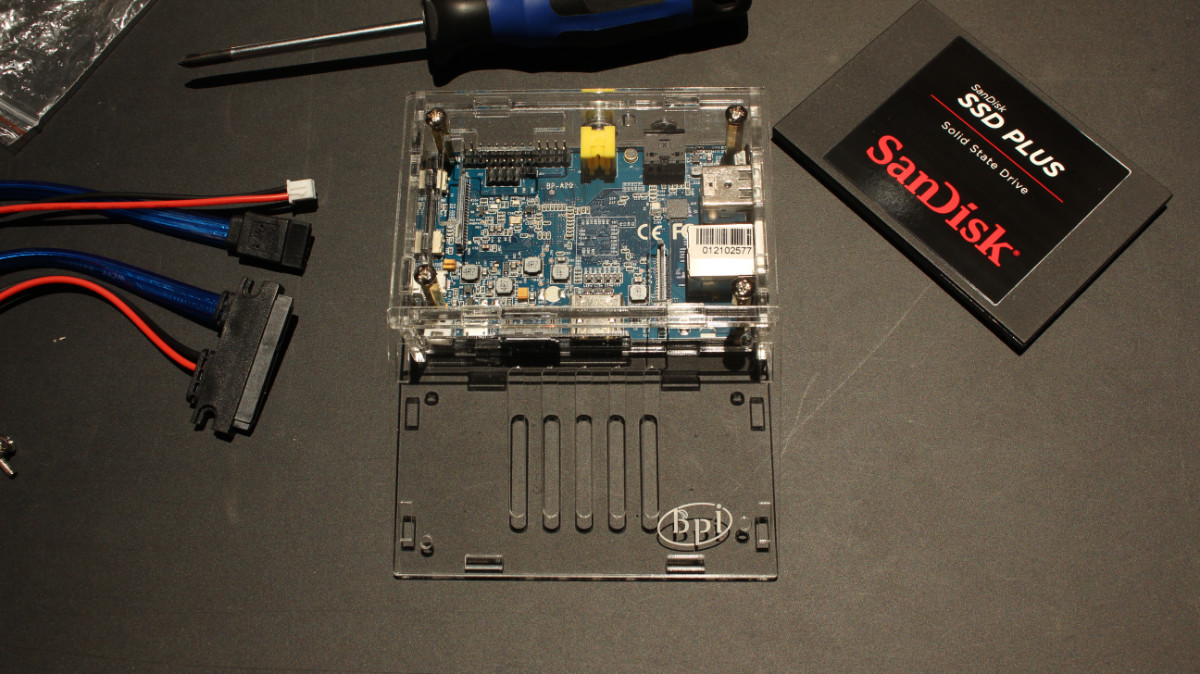 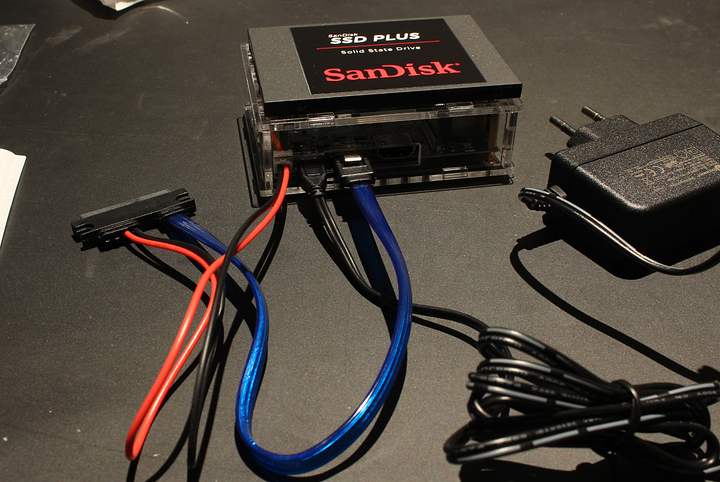 I have this horrible bodge of a fume mover. Consisting of two small fans salvaged from old PSUs and taking up my bench PSU for power.
Yes, hotglue was involved in the making… 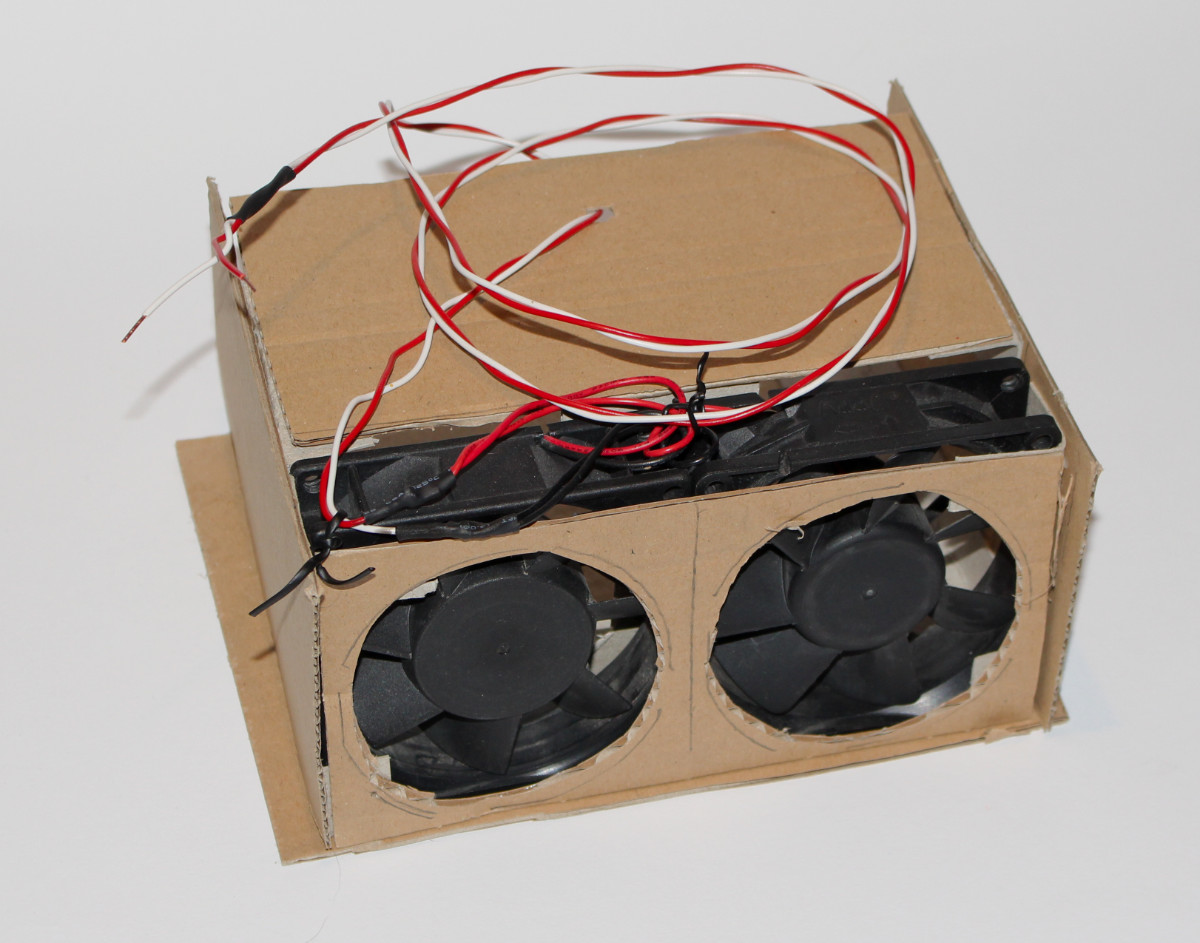 The Plan
Build a box with a fan and ways to support activated-coal filters, put a switch on it and boom. 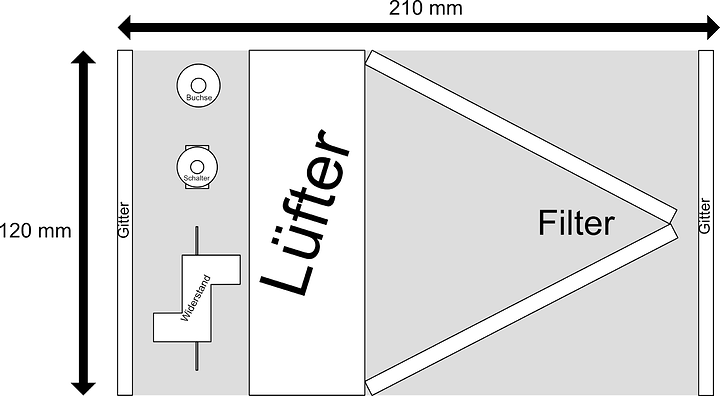 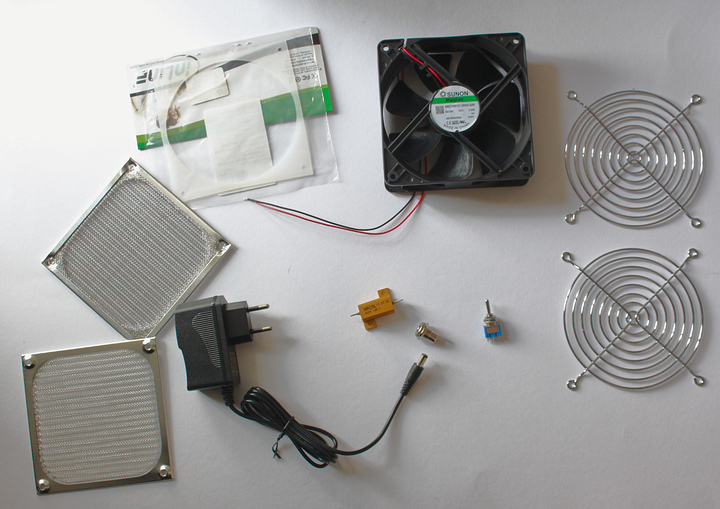 Plan will have to change a bit due to the fact you can not put a screwdriver trough a wood block. I will probably moce the electronics into a small box that will also function as a grip above the main compartment. 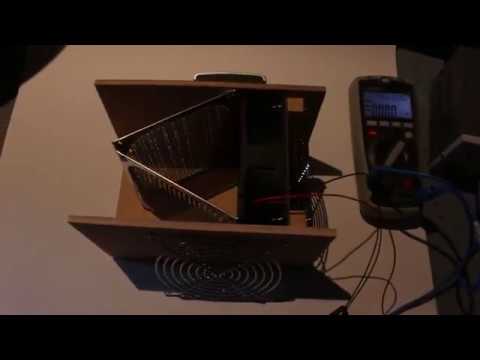 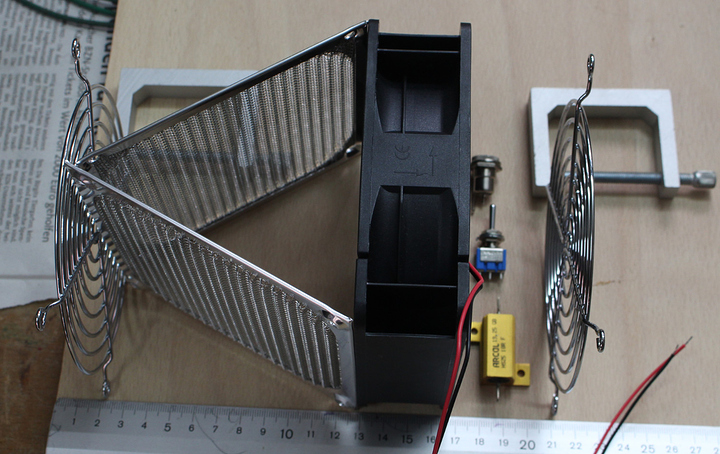 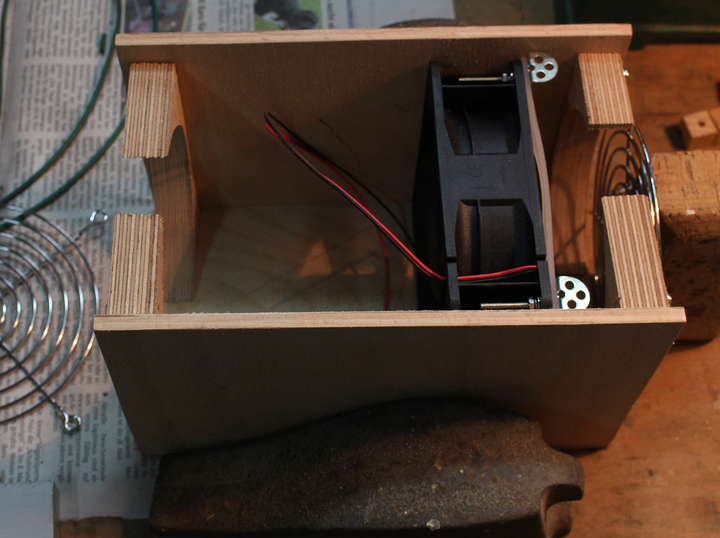 Soldering the components. The switch will either put the resistor (which is oversized as fuck) in series with the fan, or not). 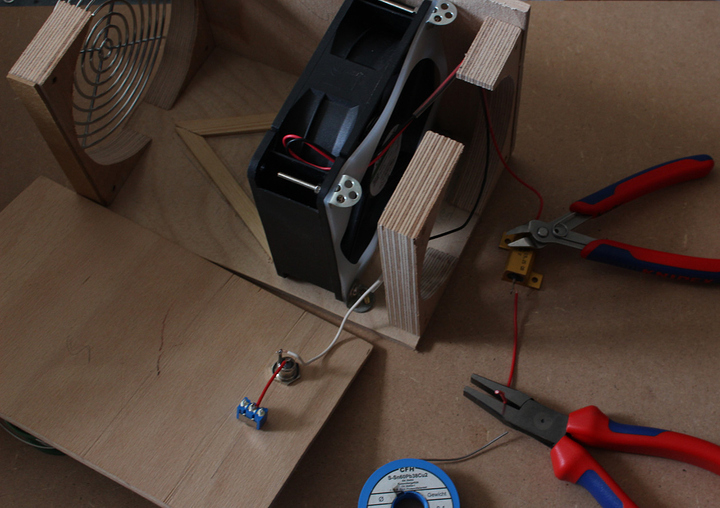 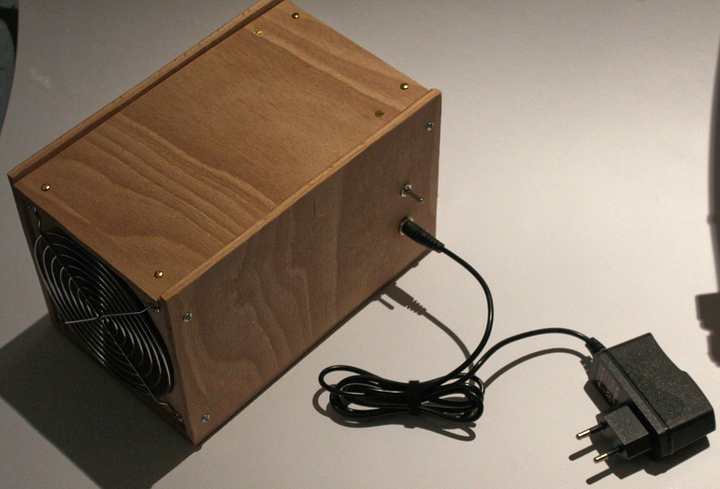 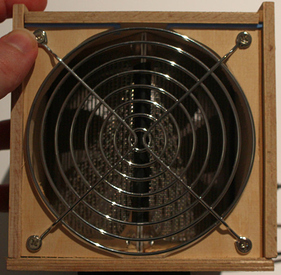 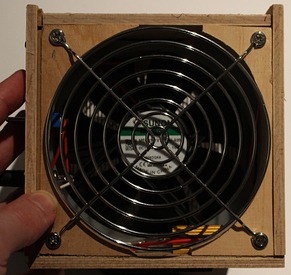 The fan can actually hold the filters stacked against it’s inlet when running full tilt. So having double the area was a good decision.

Works amazingly well for solder fume remover, also works to circulate some air through the room.

I am just going to keep this going.

This here is to improve the cooling-bodge I have on my DIY-audio rack. Currently it is a 3rd Hand holding an old PC fan I had on hand, random wires stuck into the Tamyia-Output of a simple racing pack charger (as in: it is a constant current supply, 11.2V DC Powerbrick).

The goal of the adapter cable:

With that said, I present the parts: 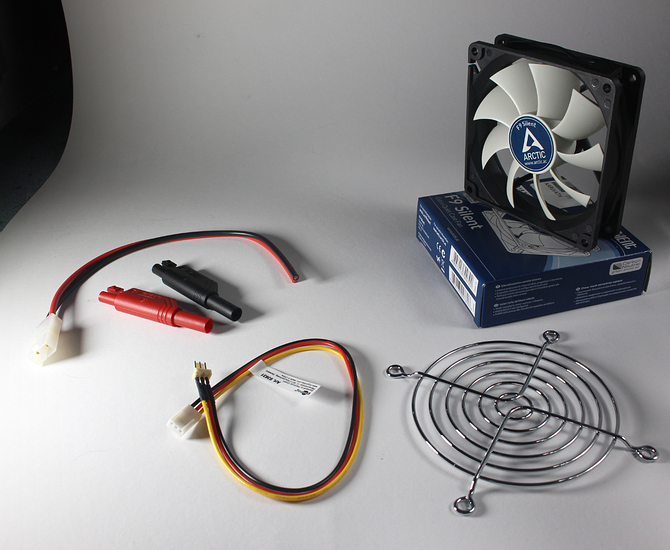 To hook up the lab-connectors, I just used som speaker cable I had on hand.

There is a small grubscrew in the contact pin, just wind that back and stick the wire in. 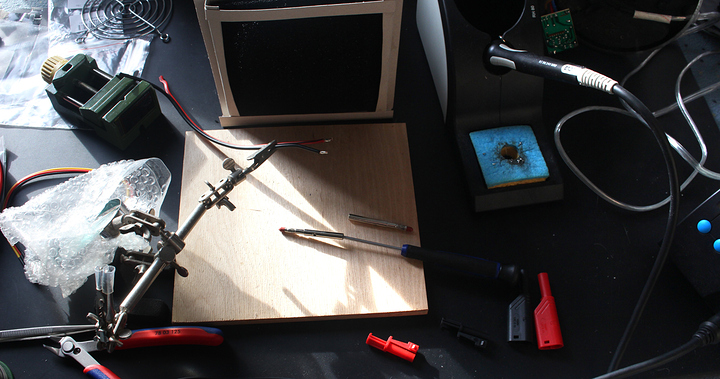 Slide the plastic bit on. 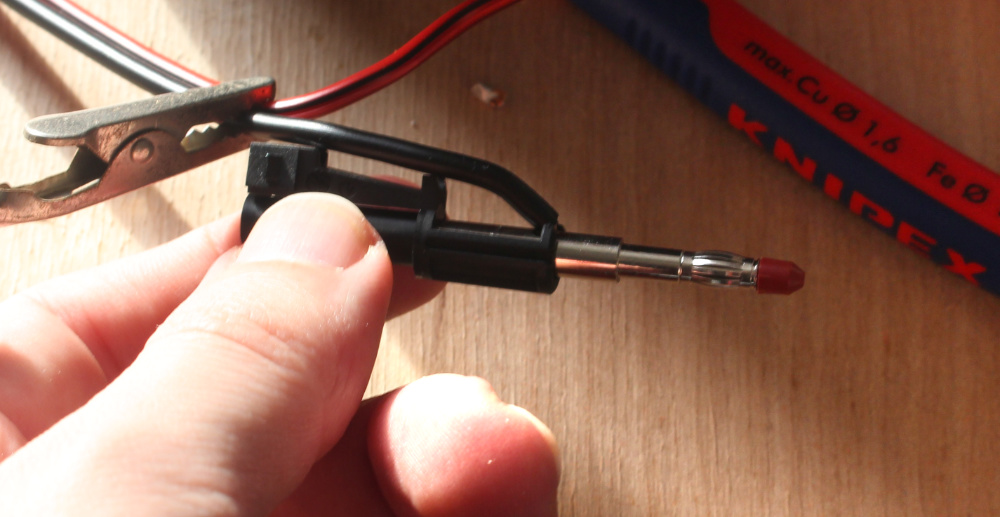 Then stick it into the caseing. 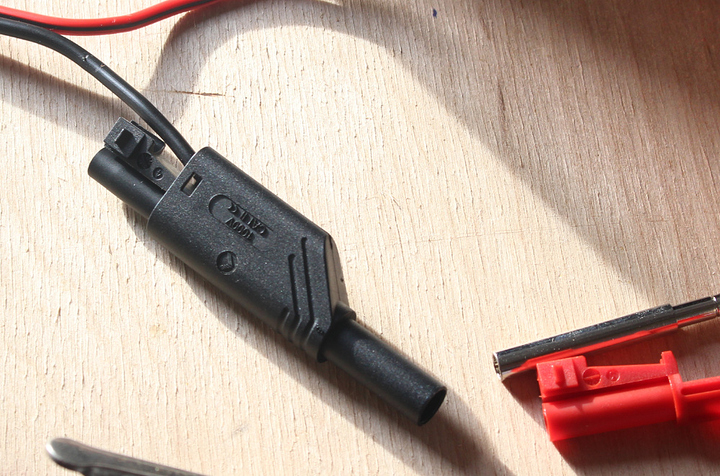 I cut the power part of the fan extension, soldered that to the lab and Tamyia connectors and done!
Came out better than expected but worse than it could be. 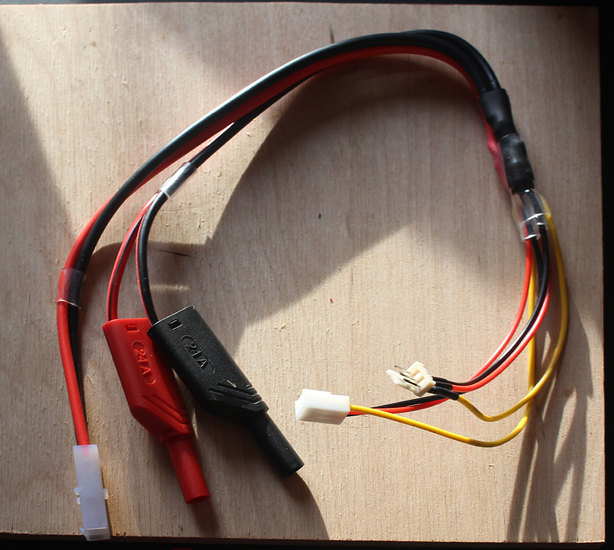 If you order stuff like the tiny85 from a jameco.com or lcsc.com (if you can wait on the shipping from china) you can get them significantly cheaper and without the pesky board: https://www.jameco.com/z/ATTINY85-20PU-Atmel-Microchip--ATtiny85-Microcontroller-8-Pin-PDIP_2151312.html 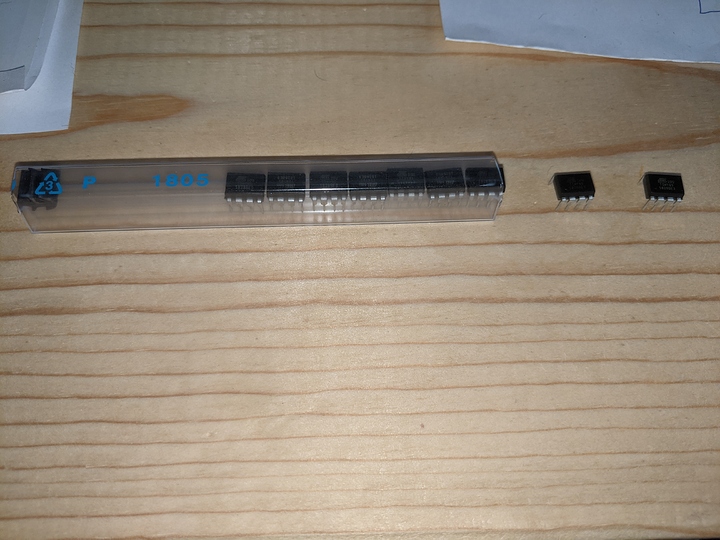 Pardon me, but how is this relevant to this thread?

I genuinely thought this was spam.

Am currently looking at the parts I have for my DIY lighting. 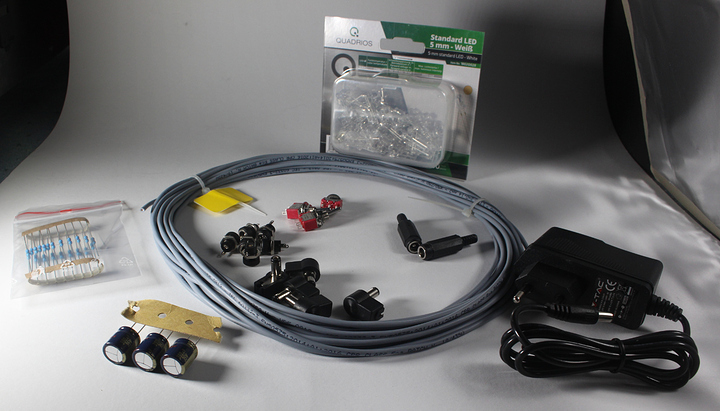 I now also have the L-profiles to put the LEDs into.

Plan looks like this:
Have two barrel sockets so I can feed power through, then a switch followed by a capacitor for smoothing.
And then there is the 7 groups of 3 LEDs. Fed from a 12V PSU (because they are common and cheap).

Anyone here using Ledcalc.com whenever you need to figure out the resistor value before the LED? Here is how to do it manually:
Us = 12V ← Voltage from the PSU
Uf = 3V ← Voltage drop per LED
Ur = ? ← Voltage to apply Ohm’s law to
If = 16mA ← will still be spotlights
x = 3 ← Number of LEDs in series
R = ? ← The Resistance you are looking for

Lastly, the drawing of what I intend to build:
The LEDs in the group should be so close I can just solder one leg to the next, not sure what I am going to do to link the groups.

Sanity check:
(yes those are 3 LEDs on the breadboard) 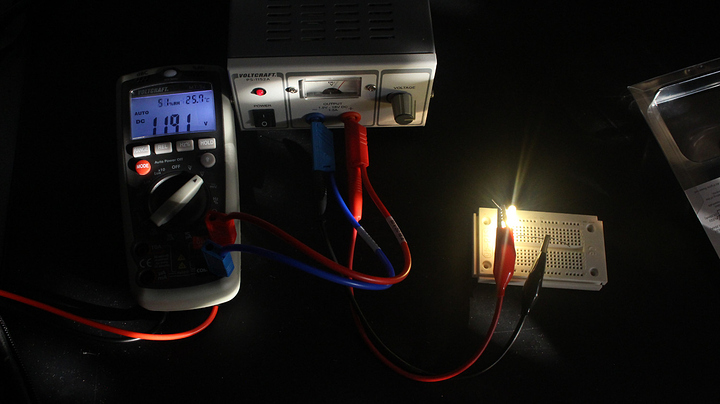 Holes drilled (all 21 for the LEDs, the 2 for the barrel sockets, the switch and 2 for the rivets) 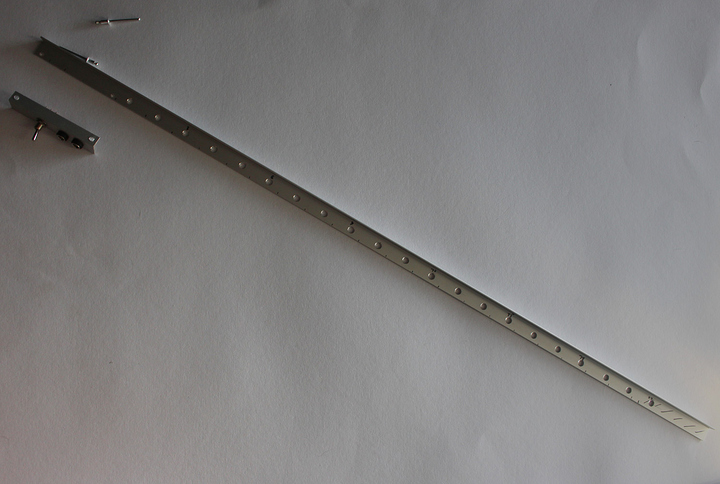 I call this image:
I realy should have a bench
Also: Soldering done

And done!
Only took two hours start to finish. As I did not set my soldering station to 3x, I will have to make the other two later… 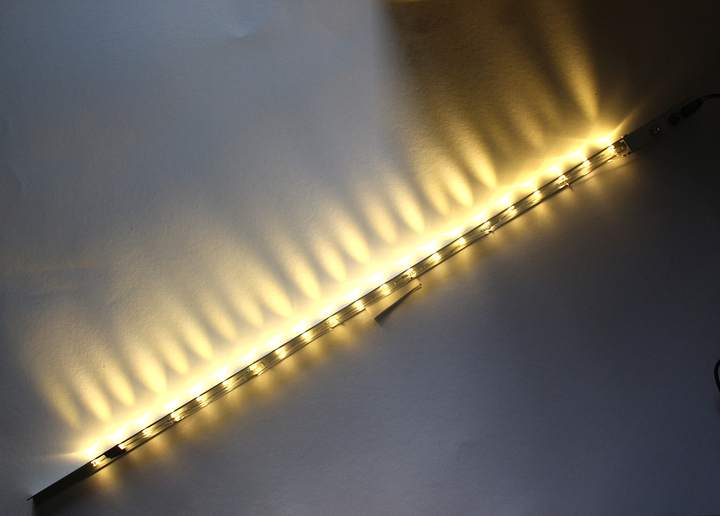 This is it installed. Now my displayed items shelf has nice warm, almost jank-free lighting.

non-techy suggestion here, diffuse the light on those LEDs, photography and blender have taught me harsh light is no bueno

diffuse the light on those LEDs […] harsh light is no bueno

Good suggestion, I have no idea how to put this into practice.

i agree on plexi. Is a common trick also used to “bend” light, and even without sanding could give enough diffusion to look good.
if you end up with issue managing the heat, mount the LED strip on a aluminum strip to act as heat sink, but i think your mounting has already enough spread

Should still have some arround, can try.

if you end up with issue managing the heat

I don’t.
I run the LEDs at a conservative 16mA (see post 24), the voltage drop per LED is in spec and they don’t get fed any funky waveforms.

mount the LED strip on a aluminum strip

Why would I mount the Aluminium L-Profile on more aluminium?

Should still have some arround, can try.

Try without sanding first, to see if you need to sand it.