So I was watching Digital Foundry’s coverage on Seagate’s proprietary SSD for the Xbox Series X, and it dawned on me the 3 slots to the NVMe’s pins are literally the same as the Sony XQD card and CFExpress. 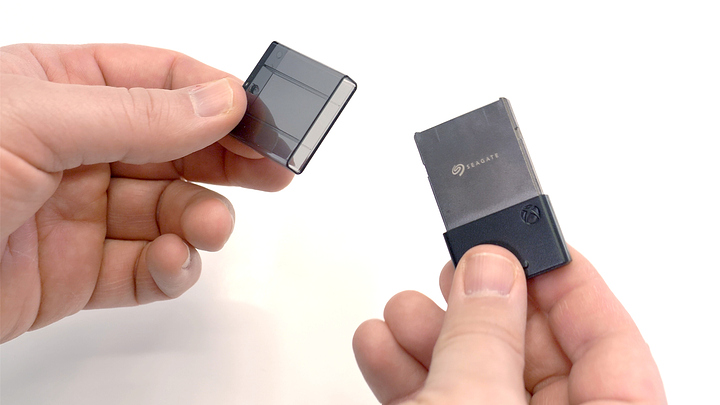 If you look at their official video, there are 3 slots for where the pins are… guess what XQD and CFExpress have?

XQD was in really wide use on the Sony FS7 camera that you may have seen people carrying around: 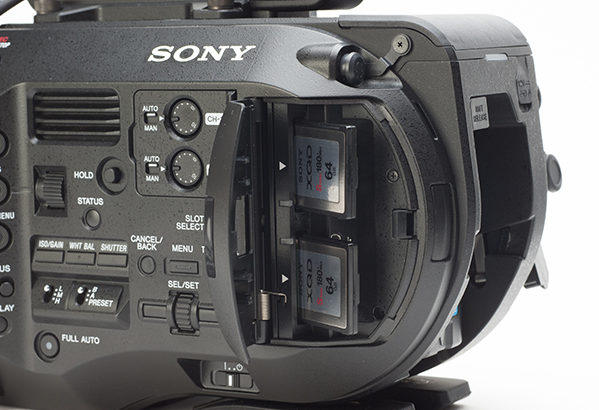 The new Mirrorless Nikon cameras even have this slot: 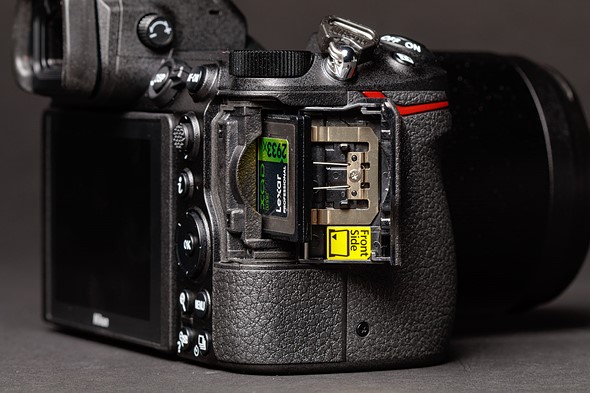 It’s kind of ironic that Microsoft adopts something from the CF card association which was originally a Sony product.

There were rumors it would accept CFExpress cards, but they might use the same form factor, but completely different electrical signals. Official CFExpress specs max out at PCI-E 3.0 x4. However, don’t expect them to follow the standard. They will add a proprietary controller that will mean CFExpress cards won’t work. 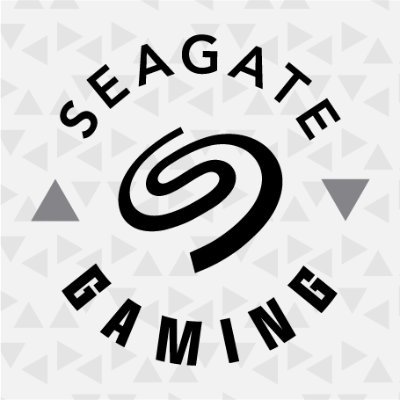 @andeckvee @RoguePlanetoid @Xbox Hi Andy! They leverage the CFExpress form factor - running under PCIe Gen4, with unique design and software/firmware to seamlessly receive the benefits of the Xbox Velocity Architecture. Hope that helps!

Unique design and software/firmware = Proprietary. Wouldn’t be surprised if the pinout is different. The form factor is standardized, but I highly doubt the electrical pinout specs are CFExpress.

What is the step forward in that?

Yeah, honestly they should wait for the CF association to improve the standard, allowing Xbox to only do proprietary filesystems with a standardized flash controller. Now we have XQD, CFExpress and Xbox Proprietary cards using the same slot with different controllers. (You still have to firmware update older XQD cameras for forward compatibility to CFExpress)

Forward for using an already established “slot” but backwards for modifying it, making it proprietary.

Well, they made something that looks like it could fit… doesn’t necessarily though. Try putting an SD card into a Vita.

with unique design and software/firmware to seamlessly receive the benefits of the Xbox Velocity Architecture. Hope that helps!

Unique design and software/firmware to lock you in, he means.

The rumors suggested it is the same pin physical dimensions because they were developing around it. Yes it would fit, no the pinouts are not the same.

I don’t know how it is on PS5 but from what I’ve read on X-Box Series X you have to install games to one of these proprietary things or the internal SSD to play them. (Storing is fine on USB drives it seems like.)

I’d be interested in what that means for current gen titles. Can those be played from cheaper drives … or not?

Does the new Xbox have it’s own SSD tricks akin to what ps5 is using?

That’s in “mystic proprietary talk” that both MS and Seagate are spouting. Mark Cerny’s presentation actually had specifics. Series X has no specifics.

PS5 is likely to use PCI-E Gen4 Samsung NVMes, but with very slight firmware tweaks. I hope to god they don’t use a 980 QVO because QVO drives have been known to have rapid deaths and high failure rates.

I hope to god they don’t use a 980 QVO because QVO drives have been known to have rapid deaths and high failure rates.

That has been true for every new storage technology … when it was new. Today you can’t buy SLC anymore because newer MLC, TLC and so on have become solid enough.

Yeah, you will be using the SSD on a daily basis if you play multiplayer games.

Have you ever used a PS or is that just your assumption? Because Consoles patch like 1 time a month at max, and so are the games. And it only updates games when you a) set it that way and b) they are installed and c) are even being used.

Yeah, you will be using the SSD on a daily basis if you play multiplayer games.

And how do MP games factor into write cycles? Hint: they don’t.

Also I don’t know how you define “have been known” or “rapid deaths” or “high failure rates” because for one thing that’s the first time I hear about this (which doesn’t say much, but still) and for another they haven’t even been out that long for long-term tests.

Check the reviews, the RMA rates for QVO drives are higher than EVO drives. Complaints about slow write speeds and dying within days are in the reviews.

I have a PS3 and every other day it requests a system update.

Haven’t used the PS3 for ages but for the PS4 that’s definitely not true. Can’t even remember when I last had an update.

When they cracked the hypervisor, they had literally updates every other day to combat new homebrew methods.

That might be true for short periods of time but not on a permanent basis which your statement implied.

Either way though I would assume Console manufacturers choose their parts after extensive testing because they can’t really allow themselves to have a constantly failing product. That’s just not good for business for a unit that is supposed to “just work”. Of course they can fail, noone’s denying that, but that is also perfectly normal in a certain quantity.

The PS4 HDMI port situation and the blue light of death was something that wasn’t anticipated, nor was the 360 red ring of death.

I suspect if they are sticking to a QVO that they have a MASSIVE amount of overprovisioning, hence why it’s only about 800GB. And with custom firmware it could overcome some write issues.