Would you buy a repaired Macbook Pro?

To keep the story short I bought an old generation Macbook Pro Early 2015 which is really in good condition and lightly used with Battery Cycle counts less than 100. When I received the device I found a serious issue with it. The fans are making crackling noise and it’s so annoying to hear it. I went to Apple authorized service center and they told me that the fan needs to be replaced. They also told me that the case of the device was opened before (So I guess the device went to a repair of some kind) Now I really don’t know what should I do. I have two options either I pay from my own pocket and repair it or I return it back to the seller and get my money back even though I lost a fair amount on shipping.

Would you keep it or return it and find a better one?

If seller didn’t specify about the faulty fans I would try to return it.

Also depends how much did you pay for the Macbook Pro and how much the repair would cost.

any seller fault like that should be returned it was not stated in the sale as a damaged product. if the seller stated that then you are sol and out of pocket cost to fix. but i highly recommend returning the mbp and get a better one.

I don’t know of how many on these forums have ever had a Mac “serviced”, even their own techs can sometimes leave marks/scrapes/dings so the original owner/seller might not be to blame and I’m going to guess the original owner had a new battery installed as 100 cycles on a 2015 model is extremely low. You could complain for a return but if you didn’t use something like eBay, your mileage starts to vary.

In my opinion you could look at iFixIt and see how much the part costs(you could look up the part number) & work effort factor might be–fan replacement isn’t too hard on a notebook but sourcing an Apple part is where it becomes very difficult/expensive. MacBook Pro fans in the retina era are prone to failing if the previous owner had used it as a desktop replacement as the fan profile of OS X makes it run at near to full speed instead of slowly spinning up as the CPU/GPU workload starts to reach toasty mode.

No he didn’t but I would say I got it for a good price only if this issue didn’t occur. I paid 800$ for the fully speced one and the overall condition is really good the screen has no issues or scratches the keyboard is fine, only the annoying fan that keeps popping with the fan start to works. The cost for the fan is around 80$.

I agree but I think the seller didn’t know about this issue just because the issue only occurs when the fan is turned on which is less often in this model of Macbook Pro’s (Early 2015). The repair cost is 80$ if I do the job myself other than that it would cost around 200$.

I would say the battery is indeed replaced with a one with low cycles but overall the condition of the laptop is ver clean almost like new, I couldn’t find any scratch or damage with the laptop this is why I bought (It’s almost the best condition laptop on ebay) This is why I’m hesitation to return it. The cost for the fix is 80$ if I do it myself. and 200$ if I do it through Apple.

I made a lot of search for a good clean 2015 13" maxed specs but couldn’t find any except this one! but I’m not sure maybe I mistaken. The only clean ones I found were priced 1000$ and up on ebay.

well its over now time to fix the one you got

Yeah but the seller told me can return it and get your money back but I’m not sure if I should return it or fix it and keep using it.

if you like that is has the almost new feel cosmetically i would stick with the one you have. if you dont care about cosmetics scratches and smudges return and grab one that is more worth you money and at a better price

I don’t mind light scratch on the body but I don’t like them on the screen. I’m searching right now for one but can’t find yet

I have to go through the whole search process again.

the sad life of macbooks

I agree I didn’t want to get the new model because I hate the butterfly keyboard this one is much better, but I couldn’t find a new one from the old generation so I had to buy a used one. I think I found one new but it was i5 with UK style keyboard, which I really don’t like I prefer the US layout keyboard on the Macbook’s.

i just hope the new “old” keyboards are gonna be ok big DOUBT. in the new air later this year and 2020 mb/mbp get them new ‘old’ switches

I think they are ditching the Butterfly design and going to a new design not sure what’s it’s going to be but i hope it’s click with decent amount of travel and better keyboard overall with less faults.

its based on the pre butterfly keyboard with some of the materials they ‘learned’ how to work with making the butterfly from reading.

Oh really? I thought they are ditching the whole thing. Damn it, it suck that Apple are so greedy and just won’t listen to anyone. 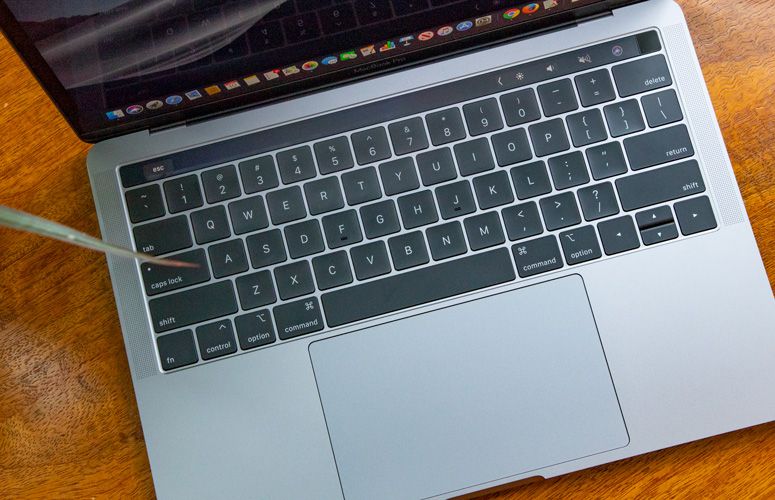 A new report suggests that upcoming MacBooks will ditch the Butterfly keyboard for a new switch model with better key travel.