Windows says my CPU is always at 100%

Hey! I hope someone here will be able to help me. I am on Windows 10 Professional x64. Within the past week, Task Manager has started reporting that I am using 100% CPU on my Core i7 950 (3.07GHz quad core). The thing is, none of the processes are very high in usage... They definitely do not add to 100%, and the graph never dips, even a little bit. 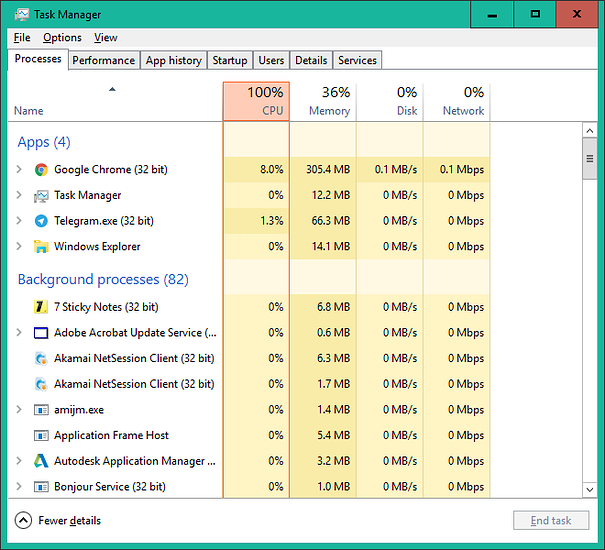 Some processes do randomly start using a lot of CPU, as seen here: (Even Task Manager jumps to 80% sometimes) 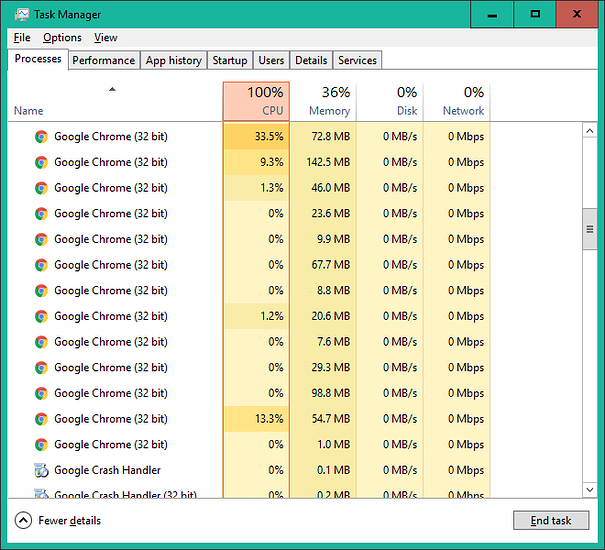 However, closing them does not lower the CPU usage. The CPU jumps to 100% immediately after booting. 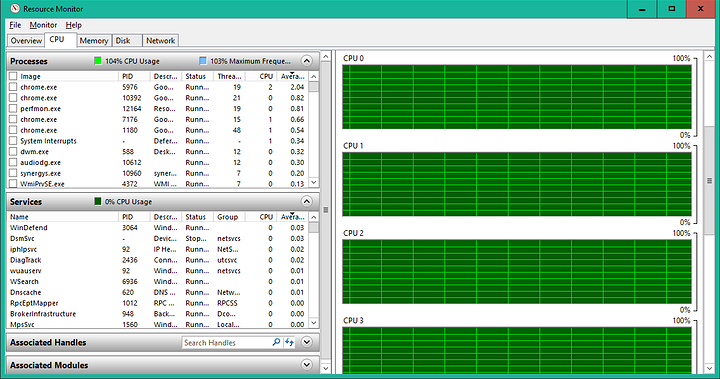 I have tried updating my BIOS, but it made no difference.

Any ideas? Thanks everyone.

It must be an program that does not work well with Windows 10 that you have running in a background. I would say is that create a System Backup first so you can revert to back to this state. Then start uninstalling programs that is not required by Windows which I see a fair amount of.

The reason I think this is what is happening is because I started killing processes and I noticed that processes which usually only took 1% or 2% of the CPU started jumping up to around 50% or 60%. The amount of CPU usage they are using in relation to the total amount of CPU being used is higher now that the larger processes which took more CPU are killed.

That's my theory. Do you think it is possible?

i would also recommend to do a virus and malware scan, just in case.

Okay, I am going to run these scans and then I'll probably start uninstalling some of my recent software. I know this was not happening more than a week ago, but I'll go back like a month just in case. Thanks guys :)

If that doesn't work. Reset the PC back to factory settings aka just Windows nothing else and it should work. Then have the most epic time to install the programs that you need.

I reinstalled Windows not 2 months ago :(

As in not the upgrade to Windows 10. Reset Windows 10 so that it leaves the OS of Windows 10 itself.

I know. I had to reinstall Windows 10 itself 2 months ago because my SSD kicked the bucket. I was previously running on Windows 10 before that. Honestly I'd love to go w/ Linux but I'm too dependent on the Microsoft, Adobe, AutoDesk, and other programs that only run on Windows. Plus most of my games.

Thats not a solution for his problem.

I see that your google chrome uses a rediculous amount of cpu.
That looks a bit suspicious to me.
I would say install a decent viruscanner, and malwarebytes, and do some scans first.

yeah its just changing the whole topic in a way...

You should be proud your CPU is always giving its 100%!

Update: Malwarebytes found nothing. Waiting on Windows Defender and SpyBot S&D... Then I might try AVG or Avast or something.

viruscanner i would say bitdefender
Of course full system scans are recommended.

try using Sysinternals Autoruns to see if you can find software you don't recognize starting with your pc.

Update: Pretty sure I just found what's causing it. I'm not too worried anymore: 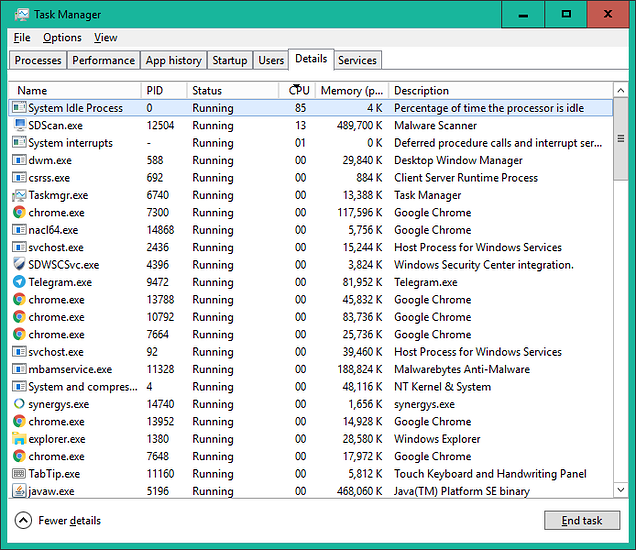 And thinking about it now, I believe the reason this started was because I had heard a high pitched sound coming from my CPU a while ago; I decided to try and figure out how to make it stop, and came across these instructions: (From http://www.tomshardware.com/forum/292915-30-high-pitched-noise-coming-area)

I followed the instructions, and the sound did stop. I'm thinking this must have made the System Idle Process appear in the task manager though, which would make sense I guess. 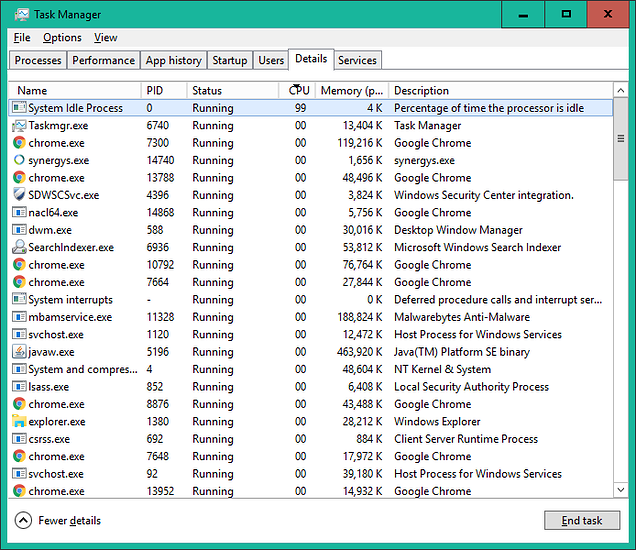 Thanks again everyone. I guess I'll just deal w/ the false readings, because I can't stand the high pitched noise.

how are the temps?