Window 10 so far...? Any driver problems

So win10 seems to be already accessible to a lot of people. Does anyone have any serious problems so far? One thing I am the most worried about is this Samsung Control Centre which is a driver thingy that operates Fn buttons on my laptop (NP300V5A) I don't want to lose their function and this is also my only machine.... In one other thread someone said I could install in compatibility mode, but I'm not sure, does it work already for anyone with similar problem?

I'm still having Nvidia flickering on the insider version. SLI may not work either; I'll try it later because it crashes when I try and I'm doing something.

Only small issue I had was screen resolution, related to NVIDIA's drivers.

There's an entire part of the installation process where it downloads and installs drivers : once the first 3% are cleared the screen resolution for the remainder of the installation is your monitor's maximum.
However, when the installation finished, it went back to 1024x768 even though NVIDIA's drivers and GeForce Experience were installed and supposedly Windows 10-ready with their latest update.
In fact, NVIDIA's entire software package wasn't working: GeForce Experience didn't start with Windows, and still refused to do so afterwards.

Downloading the GeForce Experience executable from NVIDIA's website and running it to reinstall the software gave me a failed installation error, but uninstalling the drivers and GeForce Experience using Windows' Programs and Features and then running their executables worked.

If someone can confirm this didn't happen with AMD, then I'll blame NVIDIA for releasing Windows 10-ready updates that didn't work. If it did happen, however, the it's either them or Microsoft's fault.

Another thing : I have a 120GB Samsung SSD, which had about 58GB free before the upgrade. After the upgrade there were only 31GB left. Do not fret: it's not that Windows 10 is phat, it's because the installation process kept a copy of Windows 8.1, which was 23.5GB. I just disk-cleaned up that bastard (hell, if something goes wrong I'll just clean install 8.1 back I still have the disk).

As for the OS itself:
Hot damn. I like it. Except for the forced updates (only option you have is let it automatically restart your PC or schedule it).
Thus far, Windows 10 feels somewhat modern. The Start Menu is back, and by default it's in small, non-fullscreen mode. However all programs are now called "apps" (I hate this terminology, especially in a desktop environment), and its rightmost part is just these stupid tiles.
All windows are borderless. There are multiple desktops: 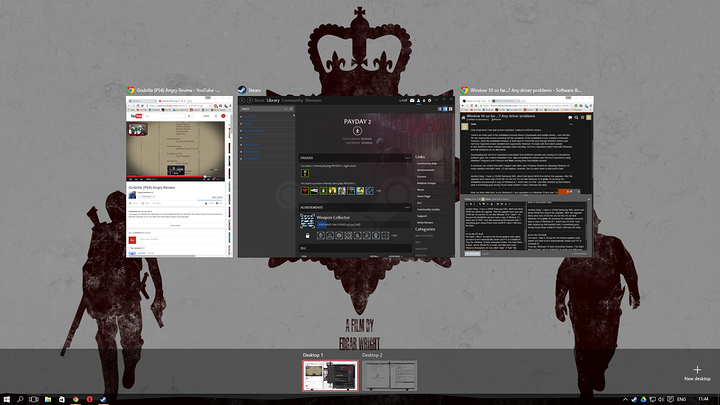 It uses the old Windows + Tab shortcut which did the performance-hogging 3D Flip back in the Vista days (now it's useful yay).

Now, for other folks here: is my Windows 8.1 key upgraded to a Windows 10 key now ? If I make a recovery disk can I use the key that came with my W8.1 key to reinstall Windows ?

I have read about a lot of nvidia problems seems like they really goofed this time... makes me worried about this poor 520MX gpu :/ also good question about the key, would I use the old one to install clean W7 or the new W10 one... who knows

Can't even install it yet :/ 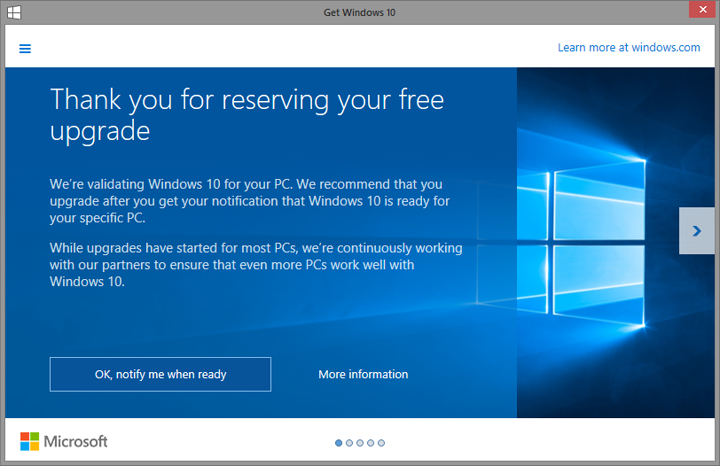 I think I will wait on my main rig. Windows 7 to 8 was painful from a driver standpoint. The biggest issue was that the mic we were using for The Tek had to be manually signed. This is not something that most people would have been able to do.

Reminds me of the Atheros L1 Gb LAN driver issues on windows 7 x64, only driver that didn't bsod was unsigned :(

I remember the transition from Windows 7 on my 1TB Seagate Barracuda to 8.1 on a SSD. It was passable, a few quirks here and here. But 10 was pretty smooth overall apart from that NVIDIA hiccup.

PS: I haven't been here in a while (hooray for prep school), and I love how silky milky smooth the forums are now. Congrats to you and the team !

Regarding the going back to win 7/8/8.1 I believe (links were posted on the forums but I'm on my phone lol) that your windows whatever key is upgraded to a 10 key... So if you want to roll-back to your previous version, you have to do so through a utility in win 10... much like buying win 8 pro and rolling it back to 7 used to work....

I'm not sure whether I'll wait or not, I didn't have many issues going from Win 7 to 8.1, but my wireless card drivers have been screwy ever since, especially because Qualcomm stopped updating them for my hardware. Which makes me nervous about the upgrade to Win 10, since I would prefer not to have to perform a bunch of wipes and clean installs trying to figure it out (or worse find out after the fact that it simply won't work at all :/ )

I had a similar question. If I installed windows onto a new SSD when this one tanks will I have the windows 10 key on my 8.1 disc?

I switched to the insider build a few weeks ago and at the time I was using the Intel HD graphics on my 4690k. To get the drivers working properly I had to make a change in the .ini file and manually install the now unsigned driver. Then Windows update installed a new display driver that broke a bunch of stuff and I had to go back to the Win8.1 unsigned driver. Now I'm using a 980 for video and the nvida drivers have been solid for the most part. I did have to reboot because Windows update tried and failed to update the driver a few days ago. After the reboot it was fine.

No driver issues, the upgrade was very painless. I was a little surprised that it defaulted to a local login rather than forcing the MS account. I thought local login was going to be something you would have to dig through the settings for.

There are a few little things, the 0x803F7003 error when installing anything from the store, more to the point failing to install! Also Cortana in the UK appears to be having a lay in as she has taken a day off! Strange she is working just fine on my Laptop that has been running Windows 10 all through the preview stage.

OneDrive is also having sign-in issues. I guess that Microsoft's network is getting a bashing today...

If you don't want to wait you can just download the iso and select update installation:
http://www.microsoft.com/en-us/software-download/windows10

when I get my windows 10 upgrade. I reserved my windows 10 on clicking on that windows icon. but today it showing that 'ok, notify when its done' . I clicked on it and after some time the icon 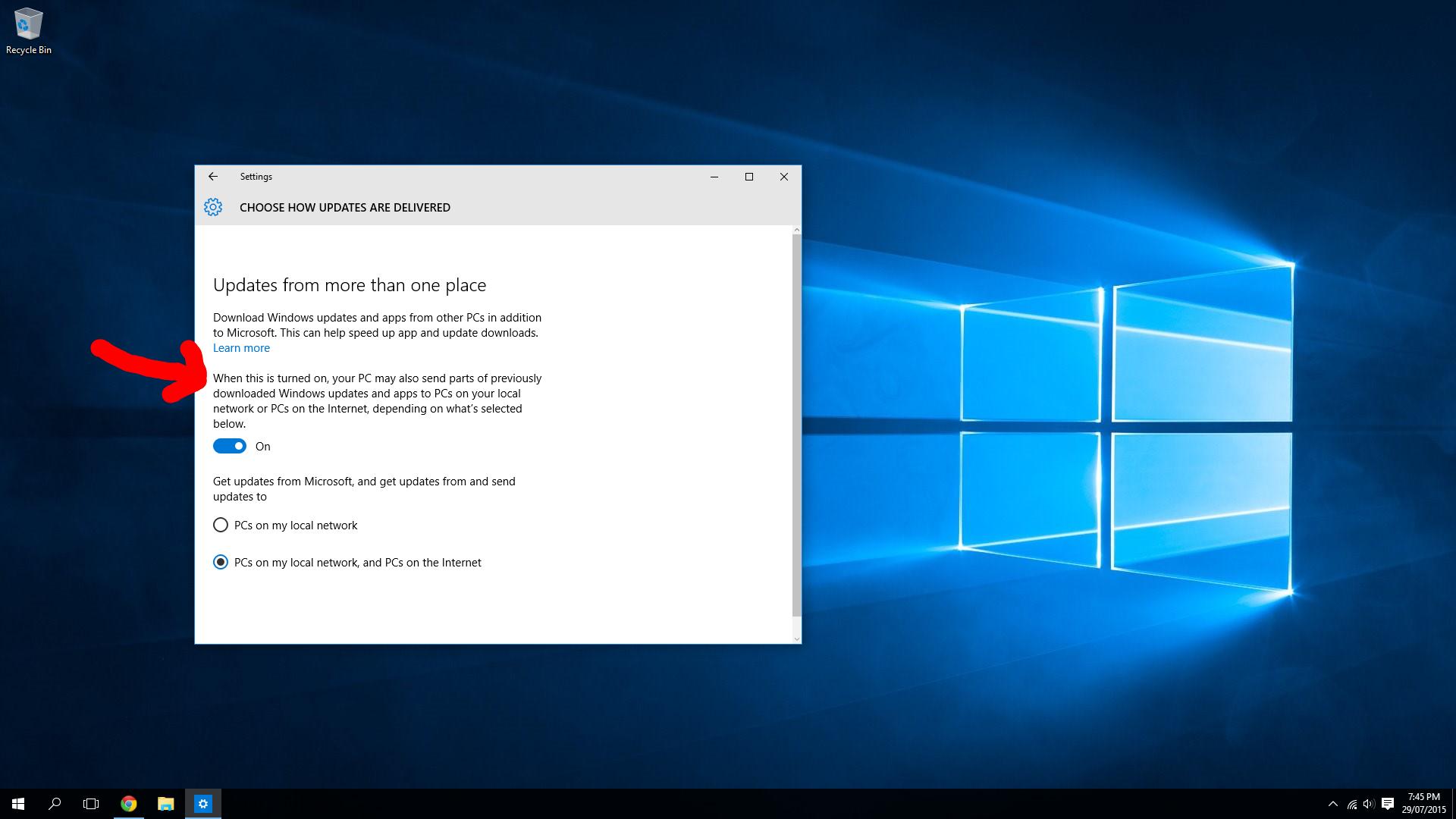 if you're wondering where your upload bandwidth went.

The local network feature on the other hand seems pretty great.

No driver issues on my AMD machines. Everything including Crossfire is working well.

My one nVidia machine is having issues. Second monitor isn't working and I can't update the drivers through GeForce Experience. It keeps failing. Other than that though no issues.