Win10 or Me, wife needs to choose

My wife has a Win10 machine, and the kids use for “school”. So the microphone keeps working then not work. I have enabled every button, and released every privacy setting. And the OS still rando disables the mic. I don’t understand.

Is MS wanting for me to bend over and spread my cheeks?

Install Ubuntu. They’re probably using Google Docs in school anyways. If not, tell the school to fix their shit.

If this is a HP Notebook, get a USB audio card.

HP fucked up the audiojack in some of their series.

I told my daughter’s teachers to switch to Linux and they told me it was out of their hands. They concurred with my choice of o/s but the problem lies with administration. Best believe somewhere up that chain of command one hand is sanitizing the other.

I was thinking the Same thing. ME? I mean it wasnt even popular when it came out.

Linux is not a good solution for a novice user. If someone is deciding between Win 10 and WIn ME then they probably are not a person that would do well in a linux environment.

Linux is not a good solution for a novice user

ubuntu is child proof with gnome

wanting for me to bend over and spread my cheeks

Linux is not a good solution for a novice user.

I would argue the opposite being true, this discussion is a whole different can of worms though.

My octogenarian relatives, on the other hand, love Linux, because it is predictable and reliable. Linux does not arbitrarily change the drive letter of their USB drive, slow the machine by performing updates in the background without permission, spontaneously reboot itself, change user settings, or delete user-installed software … just to name a few of the support calls that I used to receive.

You don’t want to use any operating system that is not supported with security and bug fixes, unless you are an advanced user and can manually mitigate for these shortcomings.

Well, with systemd they sure have been trying to “fix” that.

Go MGTOW, Linux is the only mistress you need.

Good comeback, go look up all the CVEs for systemd, or how every other problem appears to be systemd-this or systemd-that.

First thing it ever did on me in production on RHEL was segfault, but hey, that’s fine for PID1.

Anyway, not really interested in discussing this further, been through that many a time already so I’ll be leaving it at that.

Sysd arguments are boring and dull, my dude. Almost as dull as distro wars, or OS wars, really. 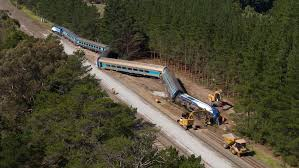 This is happening peeps - stay on topic.

what is the topic exactly?