Last week I had a problem with my internet connection. (2mbps down, 20mbps up when I pay for 400mbps down) …

The cable company sent someone out. And instantly he said “theres your problem”… referring to the white cable coming from my wall. He said those cables were the lowest quality and he would replace it with a better one…

He also said that running the cable from the wall to a surge protector then to my modem could cause problems. He said something about feedback could get my cable account shut down. And that any lightning strike would take out their equipment first.

Is there any truth to all this? It sounds like BS.

I really want to know because im planning a new $$$ build so I want to make sure its protected from power surges through the modem/router.

So you are referring to using the COAX cable filter on the Surge Strip ?

If so then yes it could be an issue due to poor quality components and/or bad filtering design.

Really Surge strips should be used for AC side.

However to test things out you should try dierct to the modem, bypassing the coax filtering of the surge strip and then power cycle the modem to sync it back up and then use speedtest and other cursory apps.

Run them like 3 or 4 times and average the up/downstream speeds.

Then do the same thing with the coax filtering and again power cycle the modem to sync back up.

Then test once more.

As for any other testing, you would need the same kinds of test equipment that the cable company does.

Ok, but what about lightning? I am primarily concerned with protecting my equipment. If the coaxial is unprotected theres a path to my NIC/mobo that is open to surges.

That is the rub then, you just have to do that testing I was describing and see if you notice any degradation in your Down/Upstream speeds.

if you don’t notice anything after a week or two in the speeds, then I would say it is doing a proper job at filtering and NOT introducing any extra noise into the coax.

At my place of work we had a LOT of problems with lightning strikes. Once or twice a year we would lose a switch, modem or even a motherboard nick (always a modem though). Finally we got something like this: 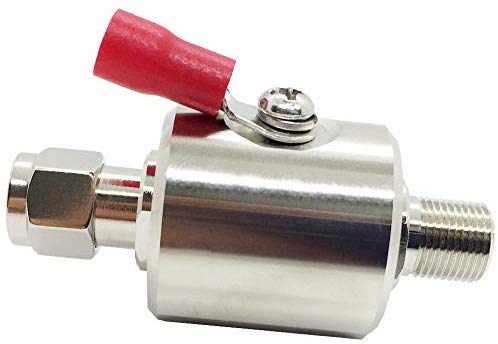 We haven’t had any more lightning related issues in the past 2 years.

You should check w/ your ISP to see what frequency you need, the surge protectors go up to 6GHz but they use a different (N-type) connector.

referring to the white cable coming from my wall. He said those cables were the lowest quality

Since when does cable color mean anything about quality?!

It could cause problems, it could also save you from buying a new modem.

And that any lightning strike would take out their equipment first.

Wat?
Isn’t their equipment up on poles anyway?

That looks great! Can I put it between the wall and my modem?

Yes. Just be sure to ground it.

What would I use to ground it?

How about a PSU (off), with the 2 electrical prongs taken out of its power cord, plugged into the wall, with this grounding plug attached to the PSU: 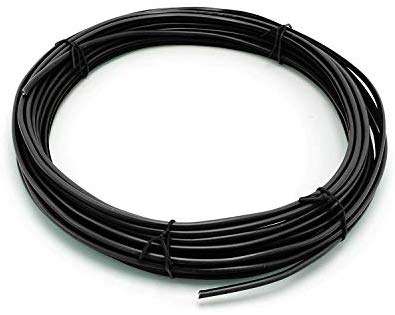 I am NOT an electrician. If you are in America: 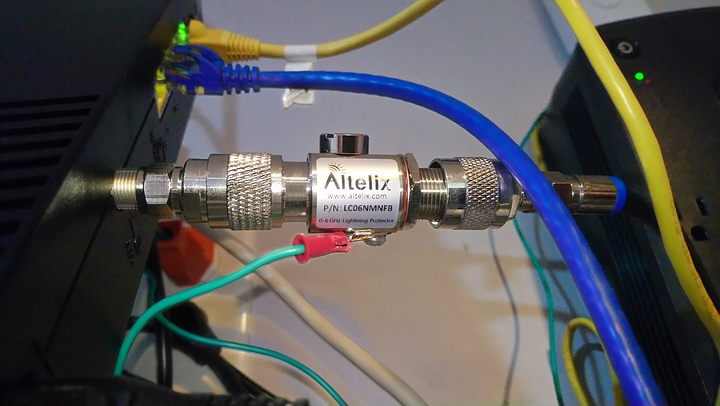 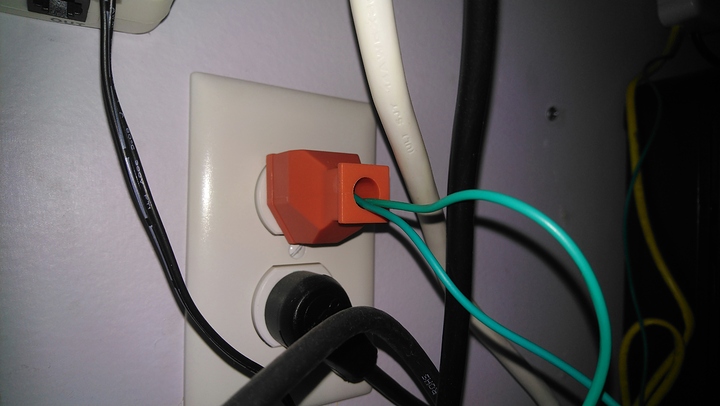 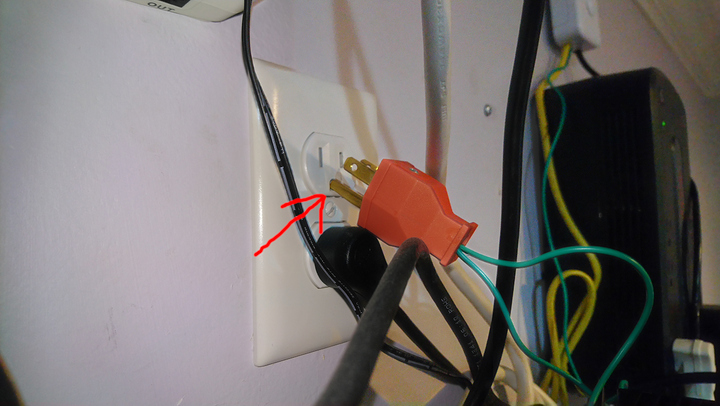 DSC_0057.JPG5984×3376 5.79 MB
I want to state again I am NOT an electrician. If you are in doubt or concerned about properly following code, find an electrician to do this for you.

This is almost my idea exactly, but mine is safer. Remove the power prongs from the power cord. So only the grounding plug goes in.

Its worth noting that surge protectors dont necessarily protect you from lightening strikes anyway and that if your house is properly grounded then you’re significantly less likely to lose electronics from a strike.

If you care about your electronics enough you should use proper isolation equipment, probably in the form of a pure sine UPS.

Id probably just leave the prongs in so it wouldnt want to just spin in that socket.