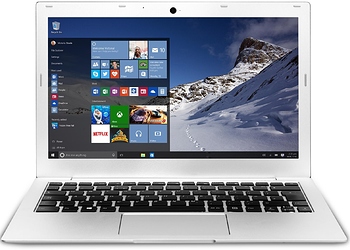 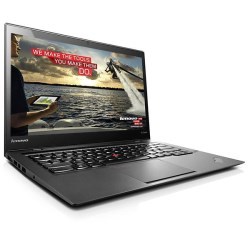 So basically guys I need help in picking between the two, looking for a lightweight linux machine so windows is useless to me. Looking for a long battery life (which both provide). What troubles me about the smaller lafite 2 is that it takes ages to charge, I've never experienced this before with a laptop so I don't know if I'll hate it or not, making the lenovo more appealing but... the lafite has NVME, I7 and is cheaper. Is the higher res, warranty, bigger screen and quick charge of the lenovo worth it in your guys opinion?
PS: Just for linux solely, little bit of programming, youtube, music etc and both are lightweight and almost the same thickness, around 17-18mm.

If you're open to buying second hand, you could potentially get a good XPS 13 9343 for cheap.

Out of the two, if you're not interested in having a backlit keyboard, the Lafite is probably the best choice.

oh yeah, both have back lit keyboards, just discovered it rn

Edited: what would the advantage be of getting a razer vs. lenovo?
I have no personal experience with razer laptops and was wondering about their advantages for this kind of application. I don't want to derail the thread though.

Just looking for a ultrabook to install linux on... Stealth is too expensive though, trying to keep it under £700 if I can

No problem man, based in scotland so everything in america is comparatively less expensive, hence why I'm going to PC specialist of all places haha, but seriously, the premium feel of the lenovo worth the higher specs of the lafite 2 for terms of linux? No gaming, just surfing and programming with a little scripting on the shell. Just looking for decent battery life and portability as I already have a "decent" desktop.

they seem to be highly praised in the tek forums? That's why I'm considering the carbon

The lenovo power plug alone is a massive advantage. If you use a lenovo thinkpad series laptop the powercord never needs to be replaced (in my experience ymmv). Lenovos also seem to be, on average, the most durable and most solid PCs besides paying an arm and a leg for a Getac or Tougbook. If you want a rock solid machine go lenovo. I do not know how much these things translate to their ultrabooks though

what laptop do you use crimson?

I have one and its flawless, the problem I have is that I paid full price

8GB of RAM should have been standard, not an upgrade

fixed it, thanks for pointing it out.

I think I'll be getting one then, that fast charge feature seems pretty decent and 1440p would be nice to have as well

Save the trouble and get the X1. They are worth it.

Lenovo has had all those major security bugs in the last year, so I'd say by default to stay away from them for a while.

Would that still matter in Linux though?

I wasn't sure but it looks like that it wouldn't. I would do your own research to be sure as there was a shit storm of a couple of months for lenovo, so its not a bad idea to look around if your really thinking about dropping some cash on one of their laptops.

Apparently their support software allowed for exploits to be injected? Jeez, that must of been a hit for them considering they're "business" laptops with a premium price tag

I highly doubt it would matter in your case. Just don't use windows.

"because of security flaws in software"

Another Huge Security Hole Has Been Discovered on L...

Lenovo asks its customers to uninstall its own software to fix the problem.

Yeah it was a real shit storm. I think there might have been something that was tied at the hip to the bios on their pre-done windows install. I don't think it was a problem when you reinstalled but I that was the one thing I'm unsure of.