What I Though Of the Titan Z 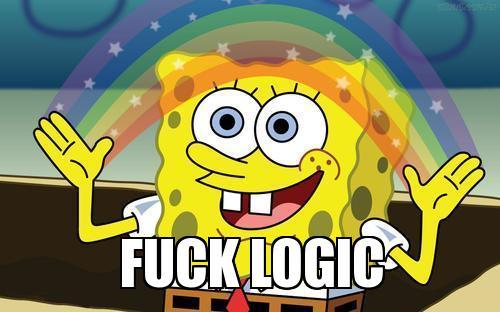 fun fact: that animation took more work to design than the card itself

nvidia is milking their fanboys hard. I can't believe how someone would think this would be a good value.

I never said I liked the card, I just said OMFG, it looks extremely powerful.

People complain about over priced this is, and how greedy Nvidia is, blah blah blah.

But I don't think you have quite grasped the concept of how powerful it is. it is a low level super PC card.

Just because your a power user or pro gamer, doesn't mean you need to buy it

Hahaha, what song is that?

OMFG is the name

Oh for fuck sake. its a workstation card. NOT a GAMING CARD. This is the same shit we got with the origional Titan and then the black. In gaming you would not be able to more than 2 of those cards in SLI unless Nvidia removes the restrictions on SLI beyond 4 GPU's. Which is unlikely and stupid. The card is for animation, photo editing and video editing professionals. Designed put as many cuda cores into a single system. Nothing more. The only gamers who would look at this system are ones who need to reduce as much space used. In Steam machines and just systems that are built to be as small as possible.

Stop thinking this GPU is built for gamers. just because it is a Geforce system does not ment it is built for gaming. Its under the Geforce name so it does not kill the Quadro cards that are even more expensive for less performance than a GTX 760.

In gaming there is no reason to buy but in a company rendering video's, if you can half the time to render a video, Then oh boy does this card work.

All very true, but Nvidia is definitely marketing it as a gaming card.

"So if you want to build the ultimate ultra-high definition gaming rig that can harness the power of quad GPUs working in tandem, TITAN Z is the perfect graphics card."

But who is gonne buy that overpriced card? ☺

Enough people will buy it. Then it'll lower in price a bit (my guess would be 2500$). And then they release their new lineup, so all the people that bought the titanz (or titanz's) will be sad that they wasted their money. Happened with the "original" (LOL) titan as well, so yea. Hey, at least there's enough idiots around that will buy it for gaming, would be silly of them not to exploit that fact.

I would LOVE to see the number of sales that went to gamers, professionals (what is a Quadro?), and wannabe professionals ("I NEEDZ IT FOR TEH RENDERINGZ YUH", and youtubers or whatever). I think all those that say it isn't a gaming card would be surprised with the number that went to gamers (for the purpose of gaming)... Not saying that'll be the vast majority, but I'm convinced you'd be surprised by how high that number is. Too bad we won't know it, really curious about it.

The thing with titan Z is that its a card under the gaming line of Nvidia GPUs. Yes it definitely is will be excellent workstation card that to some may be unparalled to anything else out. but Nvidia pushed it as a supercomputer gaming card by putting under the geforce name. So to sum it up it is a gaming card that just so happens to be incredibly excellent for workstations And cuda development. Cause let's be real if it truly was a workstation card it wouldn't be under the geforce name but the quadro name.

Yes it is. Its still a bit wierd that they set the Titan Z as a gaming card. but, i guess that they hoping that crazy gamers gonne buy those aswell lol ☺

I also readed some rumours about a GTX790, that could be interessting, to see.

Personally I only see the purpose of a dual-GPU cards is for unparalleled Mini ITX rigs. If one is using a M-ATX or ATX there is no reason why one should be using a dual GPU card when 2 seperate GPUs will probably outperform it. Unless you really need the space on the PCI express slots.

Well i could never afford one... but it would be still fun to watch, what those cards are gonne do, wenn launched.

Even if i could afford one, i would still not buy one, cause for normal gamers, its redicouls. lol.

i think this card is mainly a mac pro killer, for all the people who spend like 6k on mac pro they can bild a matx/itx workstation running these.

even the Xeons on intels 1150 platform. imagine if you could put a Titan Z in a Silverstone FT03 Mini or a EVGA hadron. (if it had a bigger PSU) thats would be bloody ridiculous.

The TitanZ was a statement against AMD saying they have a bigger dick. Watch AMD's 295X2 comes out and guess what? They release a graphics card with 24GBs of RAM!!!!

Just for the record AMD is making a 12GB graphics card but they listed it as a "WORKSTATION" graphics card! http://www.tomshardware.com/news/amd-firepro-s10000-12gb,25083.html

I ranted for an hour to my friend on skype.

nVidia is scared of AMD!

agreed. however in the Dual-GPU department SLI is much better than Crossfire. The Nvidias Drivers are more mature and usually address Dual GPU setups much more than AMD does. the thing AMD always had over Nvidia was similar performance but with a competitive price. this may not be the case anymore if Crypto-Currency doesnt Skyrocket the R9-295x2 to 4000 dollars. but whats good is that competition is always good cause AMD and Nvidia Constantly put each other in Corners. and Right now in my opinion Nvidia has a Gun to AMD's Head with the Titan Z and Direct X12.