Vivaldi (From the OG Creators of Opera): Out of Beta and 1.0 Stable Released to the Public 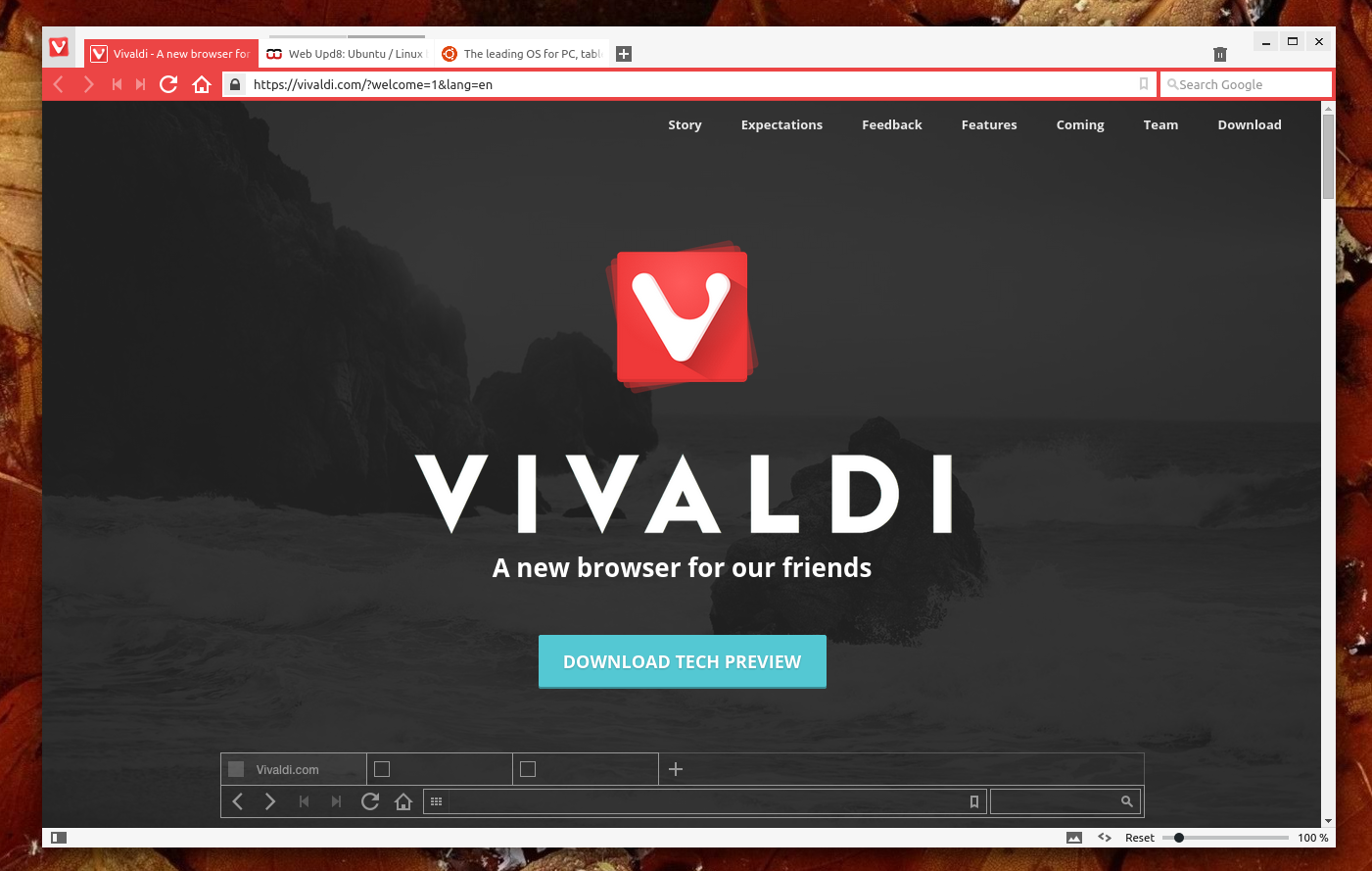 If you've loved the Opera Internet browser or are just looking for something new to rid you of Firefox, Epiphany, Chromium or Edge well look no further, Vivaldi has finally come out of Beta after 2 years of development. it is available on most official repositories for Linux and available to download on Mac and Windows.

Using it since Opera sold itself to China (not sure actually). It is great. Still using Beta but will update later today (or not).

I played around with Vivaldi back when it first entered beta and really loved it. I've been using Firefox for about 4-5 years and Vivaldi is convincing me to switch. Like, FF eats up so much more resources than what I have seen Vivaldi use thus far. We shall see :P

Does it have support for npapi plugins?
Or is it still based on the chromium engine?

it's still based on Chromium, so it should. though I can't properly test it, I went through hell to get Flash working on all my browsers on Arch Linux. if you aren't using Chromium-pepper-flash, you're not going to get flash working unless you use some Open Source Alternative.

Ah then there probably wont be any support for npapi plugins like Java and silverlight i suppose.

Probably not, it's one of the headaches of using Linux, not everything works in the browser. the only thing I've seen work flawlessly is Chrome. Flash works out the box, and so does HTML5.

I've been using Brave, It's cool so far, short on features but it's Open Source so...

This is god damned beautiful. I just need ghostery and adblock now!

That's because Chrome bundles with non-free binaries for flash and patented codecs, other browsers cant/wont bundle these. I have chrome mainly for the non-free stuff, unfortunately.

I got Epiphany (Gnome-Web) to work with Open Sourced based plugins including using an Open Source Alternative to Flash. but the only thing for the life of me I can't get working is seeing 1080p YouTube content.

Might not be possible, firefox only recently got support, though it was possible to enable via about:config, i cant find this in epiphany

you have to type in about:plugins. as for which ones I used to get working I used the Freshplayer plugin and GStreamer libav plugin. after that everything worked.

Im thinking more the specific webm and mp4 features that arent plugins but part of the backend browser.

That's what I got as well. I'm still looking around to see how can I fix it. 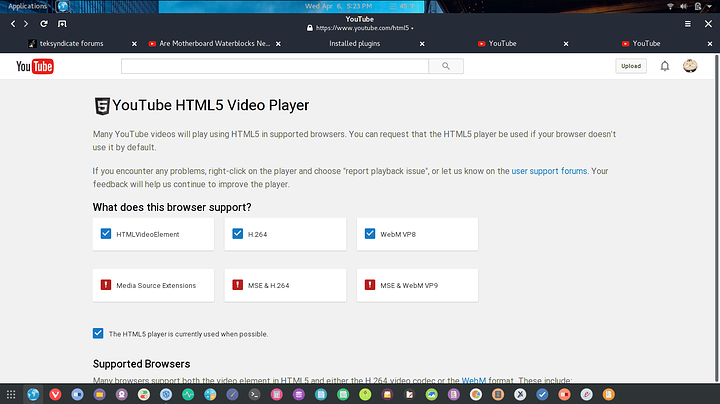 gconf has some settings but none for MSE.

I've looked everywhere I can't find anything on it with the exception of Firefox.

Man Linux has made me hate about 90% of browsers.

Blame DRM in HTML5 its the only reason MSE exists, firefox caved as if they didnt theyd lose any users they had left.

Not sure about Vivaldi, like Opera im unsure about its closed of nature, its like discord, its good but the back of my heard says "whats the catch"

It's Closed Source "Free-ware" that's what they call it. we can't have an open source browser that works with everything out the box. i tried Midori but I get the same problems as I do with every other browser lack of Flash working, HTML5 sometimes is finicky.

it is available on most official repositories for Linux

Well I am really curious whether I could update it through sudo dnf update command. Every time i has to remove it, update the system and then manually install Vivaldi back.