[Logan] Made a nice wallpaper


Humanity will always give attention to sex. That...


Flash TWRP or CM12 with Odin and a pc


A good quality blog. You hit the nail on the head...


I'm happy to see that the Tek Syndicate crew can...

The shifting into new bodies as a way of stopping aging thing. That is present in Pillars of Eternity. It is also a fan theory for Darth Plageuis. Read about it in this thread if you are interested. 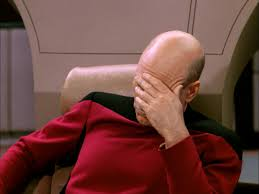 Funny how they mentioned the TSA locks in the backdoor part and how if someone got a hold of them you could unlock any of the TSA locked suitcases. Back in september somebody released 3d models of all of the master keys so you can 3d print them and have a copy. You can still find them on GitHub.

In tonight's Tek a secure messaging service was mentioned. Have you guys had a look at Telegram?

File transfers up to 1.5Gb, end to end encryption and self deleting messages. The Clients are open source and have a large adoption base in countries where freedom can be hard to come by and also the Linux desktop community because of it's cross platform support and open source client.

Only a select few smart people should be allowed to have the no ageing treatment. One of them being me...

That Comcast story is really dangerous for them. From what I understand, Netflix does the exact same thing. All of the movies live inside of a server that is in Comcast's data centers, meaning that all of that traffic is inside of their own network as well. Soooooo that data doesn't count for traffic either then.

Or what about my plex server that is in my basement? That goes from my house, to my ISP, then back to my house. Sounds like that shouldn't count either.

“The Comcast Network isn’t the Internet”

So what if I modify my BitTorrent client to only accept connections from Comcast owned IPs? Will that still count against my data cap?

Comcast is such a ridiculous company. In my opinion, if your sending data from one public IP to another, that's using the Internet.

RANT:30 RETURNS - Glory! Glory! Glory! Praise the RANT, for it is good! :) I asked this on Twitter, and the TEK has granted this humble subcreature it's request....TLNZstudios thanks you

Although is it really a Rant :30 without a Logan/Wendel exhange? ;)

Wendel: wide grin "Uh Oh is it that time already?"

@Logan
@wendell
It use to be my favorite part of nearly every episode! Cause seeing that... I knew, that you guys were having just as much fun as I was, if not more! :D

I'm sure we'll be seeing some of those exchanges in the future. But you're right. Some hilarious goodness. Point is bringing it back gives it a chance. They may do some tweek the format here and there. see where it goes.

Yep, honestly I just hijacked your post and used it as an excuse to hopefully remind them that one of the best aspects of Tek Syndicate content is that it can be extremly human and relatable on that level.

I couldnt give two shits if they have a 45min review for every single gpu and cpu SKU out there... If theyre hearts and/or heads arent in it then take a step back or a day off... Cause I respect what you guys do and would hate for to feel like your forcing it.

So ya again @LooseNeutral sorry for hijacking your post but I couldnt agree more Rant :30 is a welcome return!

Hijacked mah post..Curses! Lol .. nah man. you're adding to the conversation in a good way. When they're having fun, we have fun along with them.

Why we age. Here you go.

What happens if we block aging, well the theory suggested from the scientist woman in the video is that we already to that, its called cancer, where cells don't stop reproducing. It seems the question is more how do we manage and control it.

In tonight's Tek a secure messaging service was mentioned. Have you guys had a look at Telegram?

Telegram is quite good. People should be aware though that the only truely secure part of it is the secret chat which is encrypted peer to peer, other chats go through there servers encrypted.

Another secure chat is Signal which is more secure than telegram but suffers in at least one area and thats requiring a phone number.

threema, which was suggested on IRC that ive heard of before is also possibly a good one, also like signal is better in the security department, but its also better than signal in at least two areas, it has more features and doesnt require a phone number.

Both telegram and threema however suffer in that not all there code is open. Whereas signal is entirely open.

@Logan , no idea what your budget it but this is a house I've been looking at for a while even though I know I can't afford it. Just google: 3326 Boxwood Ave, Bellingham, WA 98225; it will show up on Zillow. It has so much potential with that work garage plus it has a pond and is surrounded by trees.

@DeusQain the DEITYBOUNCE thingy is actually probably just exploiting a bug in the BIOS and then leveraging it to SMM through another bug. That would mean that the exploit is written for a specific BIOS and is not a design fault of SMM.

Still, this just shows how stupid it is to have proprietary BIOS and SMM and ME.

Oddly enough I have never had much issue with Comcast service. I get 90 down and 40 up for $39.99 a month in Florida of all places. As far as the double stream slow down I have never noticed any difference in speed on my local network when I had TV. I would be interested on how they have that set up, I can do speed tests and it doesn't really vary except if I have a VPN on of course. Also Comcast is running a lot of fiber around here in SW Florida. I talk to Comcast tech for my IT job quite often, they divulge a bit. I think new MoCA standards might have something to do with the tv and data streams no impeding each other.

Yep. That's one opinion. The other opinion is that its neat.