The Tek 0189: Should We Genetically Modify Babies for a Higher IQ? | Tek Syndicate


Looks good for the price but get rid of the...


They're expired, Prime day is over.


Your motherboard has a gigabit Ethernet...


Either the amazon links have expired or they don...

Static and building a pc


Just touch the power supply now and again or if...


If anyone has yet to play Bioshock Infinite, it...


This is a companion discussion topic for the original entry at https://teksyndicate.com/videos/tek-0189-should-we-genetically-modify-babies-higher-iq
NickThaNerd July 17, 2015, 7:45pm #2

@Logan, Oh yes, you brought back the blazer!!!

Should We Genetically Modify Babies for a Higher IQ?

Yes, we should.
But it would be a huge sacrifice from already living people - they would be rendered useless.

Sorry to be this guy, but Logan you look kinda peaky there, is it just the lighting? Are you good, man?

The Tek. It's all you truly need in your day.

Scientists succeeded is creating network with animal brains, interconnecting them. Holy shit the episode is out way earlier than it has been for a long time, Hell yeah!

I can't envision any hospital ethics board approving this concept (especially in Australia or any progressive Commonwealth country); it almost harks of a form 'ethnic-cleansing', and that's where this concept falls down. Essentially, it does not allow 'natural-selection' for us as a unique species (as we've done for millennia)

@Logan The lounge idea is great. If there's a possibility to add filters to sort the monthly lounge posts per week, per day, posts from day X through day Y, that'd be amazing. As it stands, the only way to appreciate the lounge is going in with a spare neuralyzer or two.

lol I see that @wendell is still endorsing his centacow idea :D

@Logan do you know any names of restaraunts in portland that are serving the dulse super bacon seaweed? I'll do some research and see if I can find some and report back.

We've already removed ourselves from natural selection. Aiding those with mental retardation, birth defects, etc. And enforced self safety? Never mind getting mauled by a bear; dying to nature is sooo 10,000 B.C. We've created a society where it's not allowed to get yourself killed. But of course, we are civilized and moral! It is our duty to protect people from themselves. So it's OK to keep a vegetable alive in a chair their entire life but enforcing smartness? I get it, morals and ethical stuff. People don't like it. But, ugh... The logic, or lack of, is painful.

I, however, happen to have an argument against GMO babies that doesn't rely on ethics or morality. Simply put, ignorance is a more destructive problem than is a lack of genius. It isn't that the world needs more smart people, it's that the would needs fewer dumb people. Oh, but GMO babies would fix that! Yeah? So would an educational system that's not in the shitter.

Let's fix the house's foundation before adding the second floor, shall we? GMO babies can wait till humanity has moved on from being glorified cavemen with smartphones.

True, that's the factor not being addressed by the 'pro GM smart baby' camp; our woefully inadequate needs reviewing pronto. A smart population comes about from being 'educated' well during those formative years at primary school (elementary in the US)

Many teachers do not convey effective learning strategies to the young students in their charge (in other words, the students aren't comprehending what is learnt in the classroom)

Should ISP's modify Logan to stop him from talking about net neutrality?

About the electric cars in Norway: they are allowed to drive in public field, that's the reason so many drives electric cars over here. (I don't know if it is a thing anywhere else.)

That spider is actually a nano drone sent by the NSA to harvest knowledge and future plans inspired by the Tek.

I wouldn't blame it squarely on teachers. I mean, there's this: 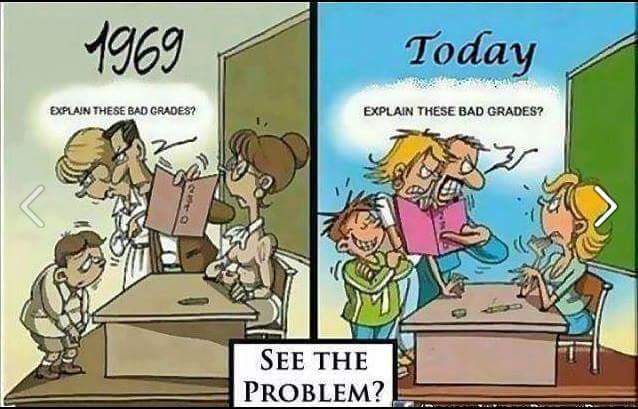 And some people like to blame parents, who whine and squirm under the accusation. Nooo, it's society! It makes parenting hard! Ugh... You ARE society. And frankly, I'm jumping on the blame-the-parents bandwagon. Why? Because I know good parenting. I've never seen a better father than my own. And I know bad parenting. My mother is.... I don't speak to her. They're divorsed, imagine that. And from that knowledge, I look around and see... Drooling morons with kids. Oh, goody. This generation will crack the secret to a stable society, I'm sure of it!

But I definitely blame the schools too: 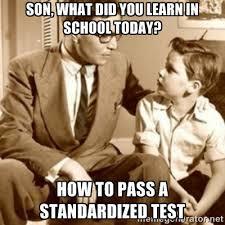 This has always been one of my favorite memes because it's so painfully true. In the U.S. at least, we treat education as a business. Churn out graduates, get money. I can't count the people I've sat next to and wondered "how did you get here?"

Modifying humans has a human cost that we don't often consider. It's like Evolution, only abrupt.

There isn't convincing evidence to suggest that IQ is even genetic. Of course dramatically low IQ is thought to have genetic causes in some cases, however a lot of it is due to things like complications during pregnancy, stresses during developmental years etc.. Most studies have shown IQ ranges to be culturally correlated and also influenced by stresses associated with poverty.

One major thing to consider is the resource constraints of the gray matter. Taking into account the fact that the electrical activity in the brain is the result of chemical reactions, it's important to understand the physical consequences of increasing this activity. One of several proposed reasons that higher mammals spend so much time sleeping is due to re-uptake of neurotransmitters. On average, we only have a small percentage of our neurological resources active at any given moment. It would seem that using more of our resources would have competitive advantage and the fact that this doesn't occur has me wondering if it's due to some type of bottleneck with either chemical distribution or re-uptake.

This may suggest that more efficient usage of our resources could have dramatic effects with respect to IQ. By having thought processes that promote effective information processing, it seems that Higher IQs could be achieved with the same biology. This becomes even more compelling when considering neural plasticity. Without going into the Youngian extremes, it's known that the state of our software feeds back into the physical structuring of our hardware.

It may be that genius is nothing more than more elegant code. It may actually be teachable where interest and aptitude are present for a specific discipline or craft.

This is of course extremely oversimplified. There are so many environmental factors, sensory sensitivity issues, diet, disorders... the list goes on. Savants are pretty good examples of how amazing intellectual feats can be achieved through reallocating resources that are generally used for social function.

That being said, modifying human physicality has a result similar to the processes of Evolution. The major difference being that it's done with intent. The result however is the same. The modified humans would no longer be human. That is the lighter side of extinction. It would mean the extinction of the legacy human as the apex. It also means the end of Natural Selection in its intended context. This doesn't necessarily mean just for humans either. This could filter down to other animals via Effective Altruism.

disruptive technologies have always been responsible for raising our standard of living. The changes associated with them have always been dramatic beyond our comprehension. It would be safe to say that something that our culture would find objectionable would result from this. It has always been that way.

The answer to your watchable programming is already a video game: Mega Man Battle Network. Where AIs fight each other with human operators.

Australia at present is very much like your image on the bottom, students are only taught to 'pass' tests, and not 'learn' (our national NAPLAN assessment for school is a joke, more about securing funding for a school board than the welfare of its pupils)