In keeping with the trail blazed by the POWER folks, I present to you… a RISC-V news and megathread!

I couldn’t find a RISC-V General Discussion / News Thread, so I’m posting this here: Micro Magic adviser Andy Huang claimed the CPU could produce 13,000 CoreMarks (more on that later) at 5GHz and 1.1V while also putting out 11,000 CoreMarks at 4.25GHz—the latter all while consuming only 200mW. Huang demonstrated the CPU—running on an Odroid board—to EE Times at 4.327GHz/0.8V and 5.19GHz/1.1V.

SiFive’s HiFive Unmatched, originally scheduled to have 8GB of RAM, will now ship with 16GB. 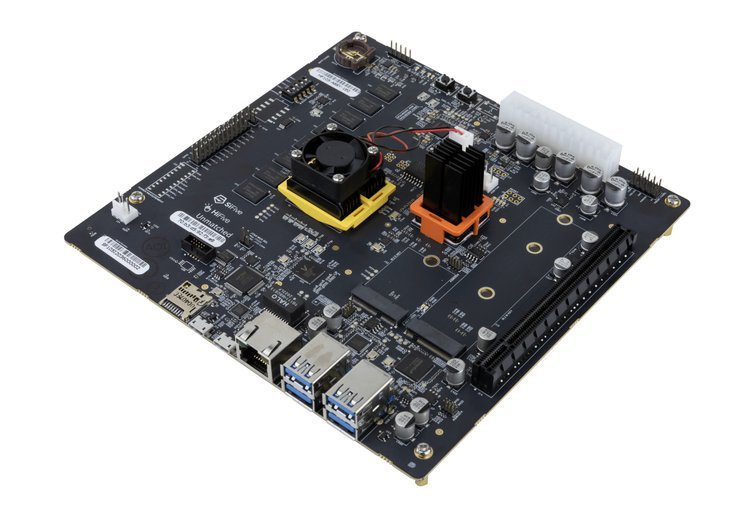 Quick update about the HiFive Unmatched developer board: We're increasing the amount of memory to 16GB! No change in price, availability is now in mid-Q1. #riscv #sifive #innovation
3 Likes
Mastic_Warrior December 10, 2020, 9:15am #2

I am interested in what happens with this. I know that the 8GiB of RAM was hamstringing some of the developers. I just wish it had at least Pi4 performance if not Odroid-N2 performance for that price.

Here are 2 articles that I found:

The Genius of RISC-V Microprocessors

How the instruction set for RISC-V processors has been designed cleverly for both simplicity and high performance.

There was also an article titled “Chinese RISC-V Chip Startup Secures Financing” on chinamoneynetwork, but it’s under a paywall, so Φvcc them. 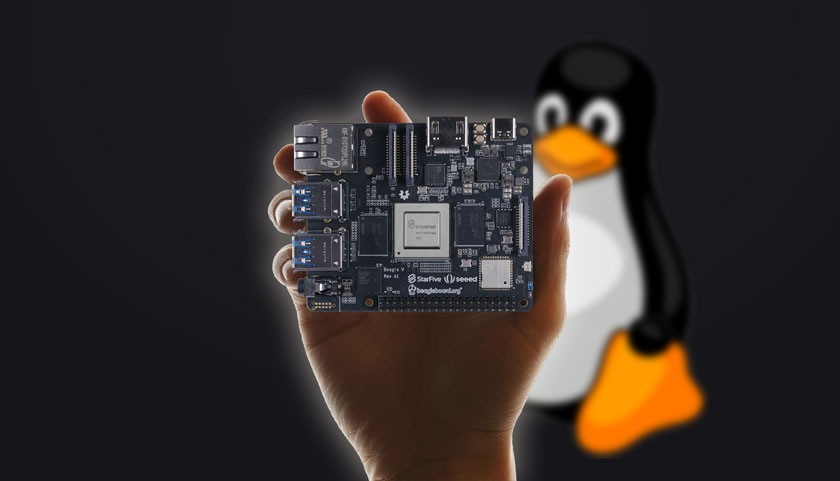 At Last: an Affordable RISC-V Board With Desktop Linux Support - OMG! Ubuntu!

Tech tinkerers keen to tussle with RISC-V will be thrilled to hear there's an affordable new 'toy' in town: the BeagleV. The BeagleV (pronounced

8 gb version sign-up and pre-order for $149, the 4 gb version (who knows when it’s available) will cost for $119. The first batch should be available in April.

Much, much better value than SiFive’s 8GB board at around $700, especially considering that it uses a SiFive processor.

I’m really happy to see how quickly we’re getting options.

After Beagle went in the RISC-V game, now Pine64 just entered the ring as well. 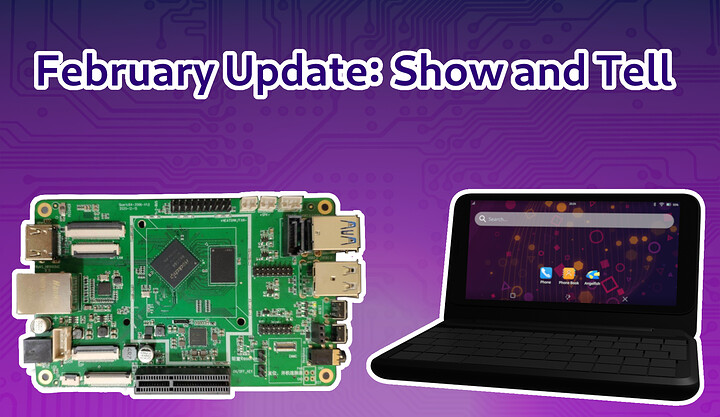 In this month’s update we take a look at the Quartz64 model-A, the PinePhone keyboard, discuss our first RISC-V SBC and plans for LoRaWAN.

In the above blogpost, they announced they will be making a RISC-V board. Their first RISC-V design was a soldering iron containing a very basic chip. They will be making a SBC featuring a C906 64bit CPU coupled with an auxiliary 32bit BL602 SoC for WiFi and BT. It should have a USB 2 port and Gigabit Ethernet.

The price? They are aiming for an under $15 board, so as many people as possible can enter the RISC-V arena.

Pine has a following on Leve1Techs, so we’ll flood this thread when it’s released.

The first person to solve this riddle wins a Pine64 RISC-V SBC. 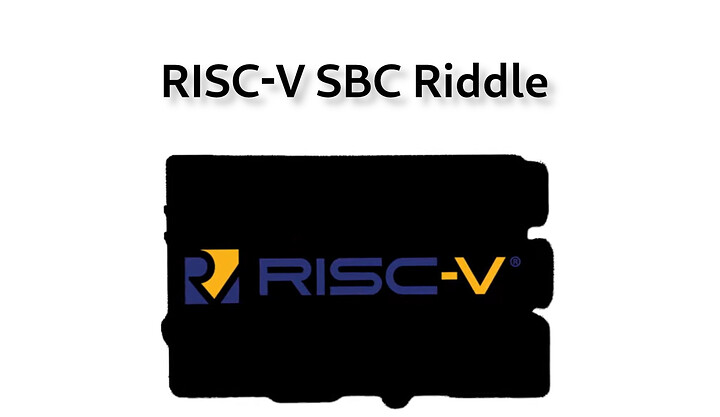 It is time for a bit of community fun. Below you'll find a riddle, or a cypher to be precise, pertaining to the name of our upcoming affordable RISC-V single board computer (SBC) announced in the…

Wow, I didn’t think they would give up on the MIPS architecture. They’re going “All-In” on RISC-V.

MIPS, the company behind the MIPS architecture, is switching to RISC-V.

This is also a substantial business model shift for them, but RISC-V is the main point.

It is about time.

I’m expecting everything to be on fire in here

i ran some of the earlier risc processors (68000,68010),
it got me wonder how these new risc chips stack up security wise.

reason i ask is, when i was learning to program on the amiga (pre internet) as a kid, i found i could compile a program and it was stored in 2 parts. 1 was the actual code i wrote compiled in token code, the other being the interpreter that translated the token code into native machine language. after a few failed attempts of trial and error, to see what happened if i change a value.
eventually, i was able to reverse engineer interpreter via the program it was running to access the rest of the system. hardware pointers are cool

and while it takes a little while to build these programs. as your basically reverse engineering each iteration from the previous to get more access, it can be done.

example of something i wrote.
https://forum.level1techs.com/t/post-what-new-thing-you-acquired-recently/149881/2380
as you can see in the pix everything from the screen address space to the working system space was accessible. which means all data stored in ram was readable both encrypted and decrypted, passwords and all…

if this kind of access is doable on a modern risc chip… OUCH!.

and yeah i hear you,
oh but this is an evolution of ppc!. nothing to do with motarolas 68000 series!.
yep to both. other than the motarola was based on risc. so was compatible at a hardware level.

ppc is its own thing. but at one point in its evolution it was an expansion card for amigas. which means the ppc chip had to comply with its standards for memory access to the amiga cpu and the amiga to the ppc’s. to do that they have to hard code, code into the chips. so at one point was part of the risc architecture on both to communicate with each other.
and while ppc has evolved for sure, i don’t think they have had a complete redesign so may have legacy code that’s exploitable in the same or similar way.

ps sorry for all the edits. i R dyslexicly illiterate 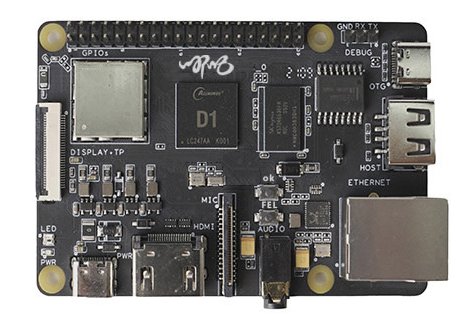 And an opinion piece 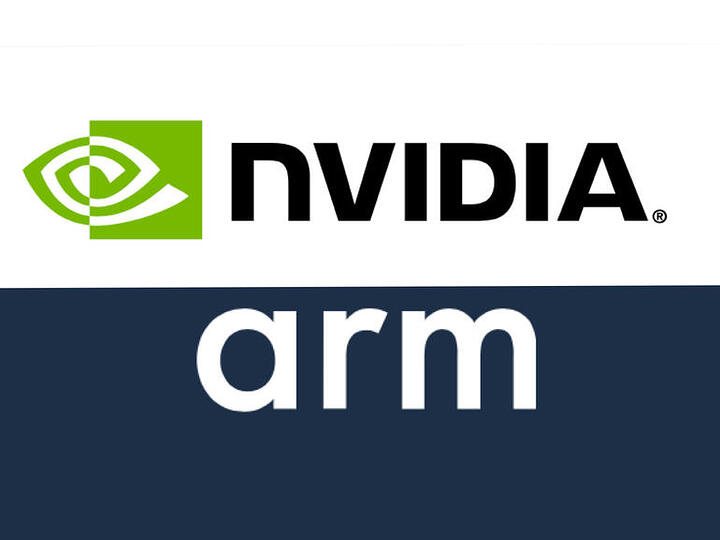 If ARM doesn’t prove it can be a level playing field in Nvidia’s ownership, customers will defect to alternatives. 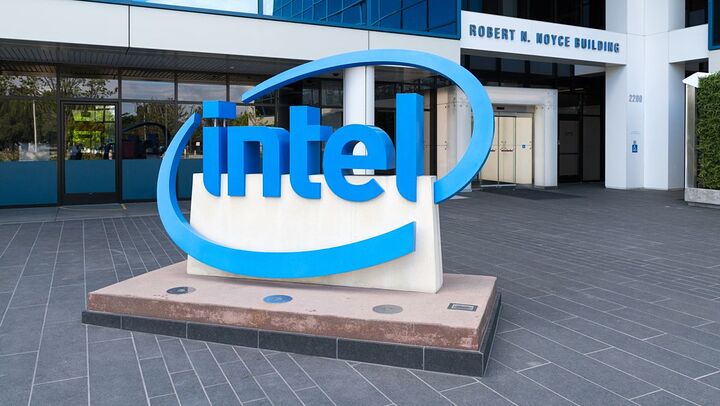 No. Just no. I wouldn’t trust Intel, nVidia, nor AMD for that matter with RISC-V IP. I would maybe trust IBM, due to the openness of Power architecture (well, not the CPUs themselves unfortunately, just the platforms around it), but I think RISC-V ought to be in the hands of a company similar to Pine64 or the FSF (albeit I don’t think either of them have the funds to continue such large-scale research as an ISA). SiFive proved itself by making the ISA and architecture open from the get-go. I hope they stay independent. I don’t think there’s lack of interest from companies like Western Digital and heck, I see ZTE, Huawei and AlibabaCloud joined the premier members rank (not that I trust those any more than Intel, just pointing out big interest and potential sponsorship). I also see Arduino in the members list, which would be an interesting acquisition / merger.

Speaking of members, there’s also Adafruit, Eclipse and FreeBSD Foundation and lots more. The point is that there is a lot of interest in the company and I doubt that selling it would benefit their cause. I’m not against an acquisition per-se, I’m only against someone monopolizing the design and changing the licensing on future designs or even on existing ones. And there are plenty of reasons not to trust big guys like Intel (if they want to be trusted, they should open the x86 ISA, albeit at this point x86 is a steaming pile of garbage, considering what Apple can do with ARM).

I wouldn’t trust Intel, nVidia, nor AMD for that matter with RISC-V IP.

Intel and AMD both have a track record for supporting open source. I don’t trust (or like) Nvidia one bit, but the others are okay at least in regard to openness.

Business methodology, on the other hand? Nope. We need open chip IP, and you need a soul to develop out something like that in today’s climate.

I’d like to see AMD, Qualcomm, Intel, and Western Digital take ownership stakes in SIFive, but keep it independent.

Are there any affordable sbc’s built on this yet?

BeagleV is $150, Nezha is $99. There is the PineCone at $4 or so, but that’s supposed to be just a development board for IoT with Bluetooth and WiFi, not exactly the same category as something like Raspberry Pis. And I’m pretty sure it can’t run a full Linux distro, just RTOS.

Apparently there is a Sipeed SBC for $12.5 running an Allwinner XuanTie C906 RISC-V CPU, board capable of running Debian. I didn’t look for links to buy, I don’t expect developer boards to be ready for people like me to use, so I let developers buy the stuff first and do their thing on them. Which is why I’m currently looking into ARM stuff, like Pi Dramble clustering. When cheap RISC-V SBCs with performance comparable to a Rockchip RK3399 come to the market, I will probably get into those. In the meantime, I’m more interested in what is achievable with the Rasbperry Pi CM4 and all the insane add-on board that are coming up, like the MirkoPC, Wiretrustee SATA and the Turing Pi 2.