PFF you think I’d have time to dig up hardware enough FOR a store?

tho an online shop selling modded powerbook G4’s mith linux on them could be… Interesting.

No, not really (on the time). I would just love to see some stuff circulating that came from someone, that I was sure they weren’t talking out their ass. Beyond that somewhere (someone) for you to unload one project, to move on to the next. And get this awesome content you keep providing along the way. You always post content right up my alley, that makes me say, I wish I had a little more time, money, knowledge, hell, ROOM for the next project. I have been getting kinda burnout on “mainstream”, that was never really my thing to begin with. Really just got back into anything computer related, after more than a 10 year hiatus.

Gotta keep it creative I mean…

I started doing so much weird shit because most everyone that had a project on here was so poindexter about it. The most creative one was a gaming pc with a titan in a suitcase.

FFS I thought people would have more interest in demoscene than this but I guess not.

Semi off topic but http://icarosdesktop.org/, so cool. Thanks for that one! I love it.

Nice to see it up finally!

Though Linus does confuse the specs a bit, when he’s describing chips, he says all the chips have 44 PCIe lanes; since he mentions quad channel, you can assume he’s specifically talking about Sforza, but Sforza has 48 PCIe lanes, not 44.

Not that I really blame him, the chip vs module vs scale up/out differences can be confusing.

I’ve made myself an LTT account to post on their forum, hopefully I’ll get a response from Dylanc1500 (he claims to have gotten Portal 2 running on POWER9).

Its a good os. I’m hoping to have it on a few machines pelmanently in the next few months

I heard this stuff does FreeBSD. So, what should I buy?

Info links for FreeBSD on POWER9

Official FreeBSD PowerPC page is not all that helpful:
https://www.freebsd.org/platforms/ppc.html

I’m not under any illusions of swimming in money, but I would still say to go for an 8-core if you can; since it’s the best per core value:

The L2 & L3 difference is because cache is shared between core pairs. The silicon is designed for 24 cores, so once you bin for less than 12 cores, you can disable only one half of each pair, but keep the full cache amount.

They sell bundles that give a discount for mainboard+CPU or mainboard+CPU+heatsink. Unless you are jerry-rigging something custom for cooling, you will need the heatsink they sell.

The bundles represent what you minimally need, since cases, PSUs, and other components aren’t specific to POWER9. See:
https://wiki.raptorcs.com/wiki/Talos_II/Hardware_Compatibility_List

I’d love to see an unlocked xell vs like power7.

The latest Ask Noah podcast has an interview with Hugh Blemmings: 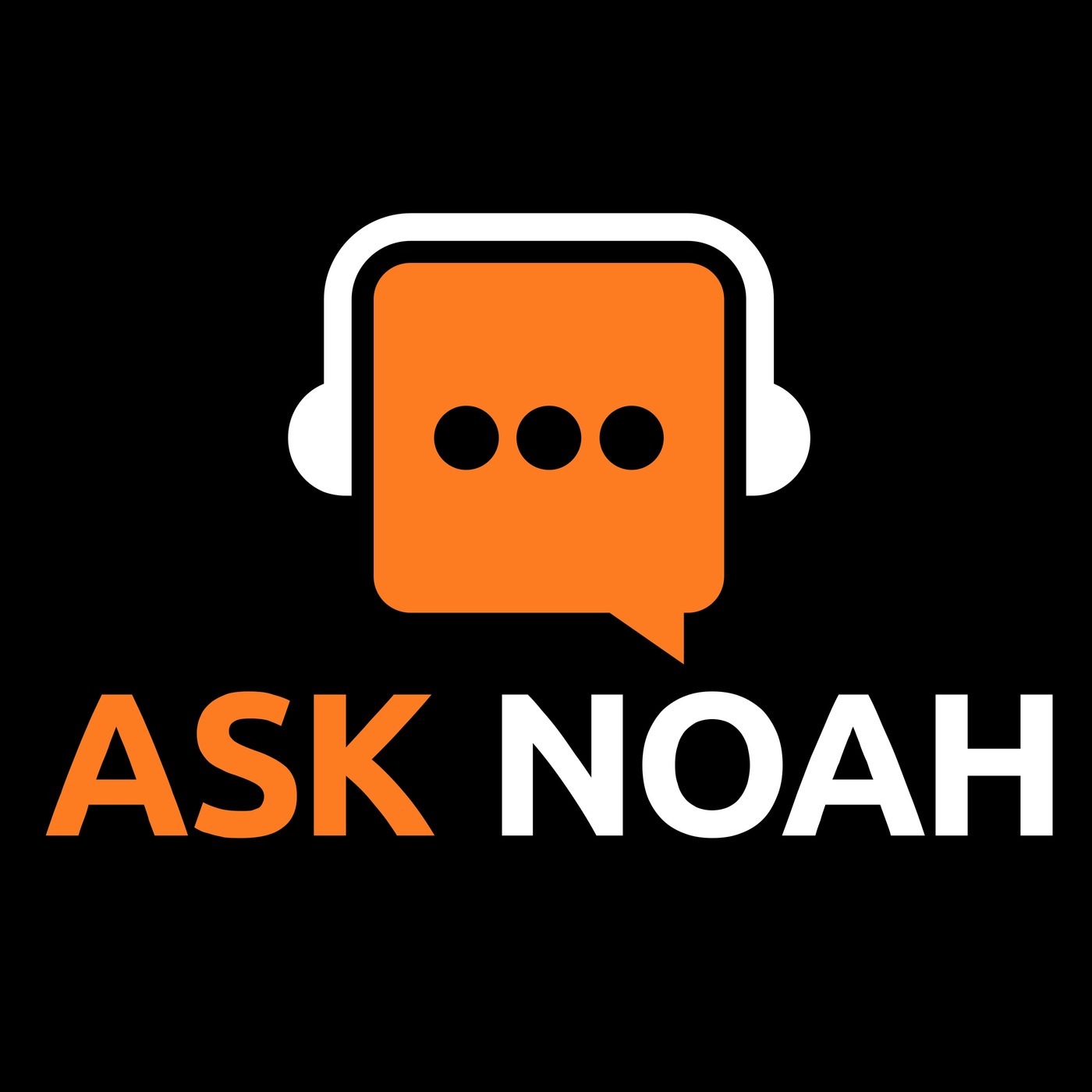 The Power of OpenPower

In this weeks episode we air out interview with the OpenPower Foundation. The OpenPOWER Foundation is an open technical membership organization that will assist data centers in rethinking their approach to technology. Google, Tyan, Nvidia and...

Among other anecdotes, he mentions a particular embedded use-case soldering a POWER8 CPU directly to the mainboard, rather than using a socket, due to high vibration being a concern. I wonder what that was.

Also nice to hear that OZLabs is “very much committed” to supporting bi-endian for the Linux kernel on Power.

Huh, I hadn’t realized that Kolab was using OpenPOWER machines:

This video is more than two years old though, I wonder if anything’s changed since then; their speaker sounded fairly enthusiastic, but the Kolab Enterprise site curiously only mentions POWER8 not POWER9 on the Supported Platforms page:

Well 8 is just as good

also why invest a billion bucks into a system you JUST integrated and are probably STILL testing.

Especially now with Talos II around, I think you’d be paying more for an older system unless you bought used, and I don’t see an enterprise customer doing that.

This topic was automatically opened after 5 hours.

The reverse-engineered and clean-room re-implemented firmware for the BCM5719 Broadcom NICs used by Talos II and Blackbird is nearing completion.

Talospace has a short article, which links to a clean-room repo on GitHub, and an explanation/blog post from Hugo Landau (who did the reversing).

Posting from the Southern Hemisphere today, kudos to reader Mark J who sent in a heads-up on the progress the Ortega project has done on re...


Context for newcomers to the thread:
The BCM5719 device firmware is the only remaining proprietary blob on all Blackbird/Talos II systems.
However, the Talos II’s optional SAS controller from MicroSemi does also need device firmware.
3 Likes
olddellian April 25, 2019, 1:48am #277

I keep seeing similar looking roadmap charts with minor changes between them, so I thought I would make a post here with what I find as most recent info:

I’m mainly using the 2018 October EU OpenPOWER Summit OpenCAPI presentation as a reference, but also adding info from a Jeff Stuechelli video saying 400 GB/s per socket, and POWER10 as “some time after 2020”.

The suffixes used for revisions of POWER chips have specific meanings:

a “plus” chip in the IBM lingo means something very precise, and that is usually a process shrink coupled with some slight microarchitecture changes

it designates a change in the I/O and possibly memory subsystems in a Power processor; it is distinct from a plus sign, which means a change in process or architecture or both in a Power chip, but well short of a major version which has big changes

from Nextplatform article on Samsung as POWER10 fab (December 2018)

Sources and past roadmaps

Because the OpenPOWER machines only use SMT4 chips, some roadmap charts intended for OpenPOWER audiences may say “24 cores” rather than “12/24 cores”.

However, it is entirely possible for OpenPOWER vendors to use the SMT8 chips, though they choose not to: 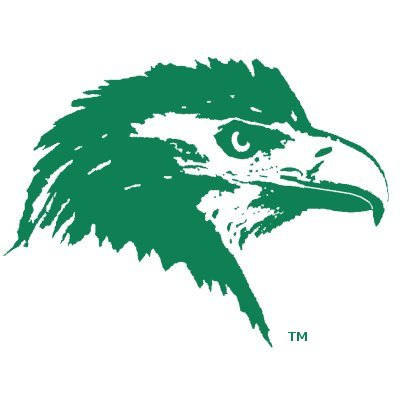 @olddellian @azzamsyawqi If we could reach the volumes to make it economical, absolutely. There isn't a whole lot of demand on the "top end" so to speak, which is why there are normally only a select few vendors for such boxes (e.g. in this case, IBM).
1 Like
SwimSwimHungry April 25, 2019, 2:42am #278

Hmm… I wonder if that POWER9’ chip coming out this year in 2019 will be drop in compatible with existing boards? Am I reading your chart correctly @olddellian?

I am almost certain that no, it will not be. The main point of buying one of these would be to use OpenCAPI 4.0 or NVLink 3.0, which would probably need a board redesign anyway.

NextPlatform wrote last year about POWER9’ potentially using OpenCAPI to interface with OpenCAPI memory as an alternative to POWER9 SU using SerDes to talk with Centaur-buffered memory; this is potentially further incompatibility with POWER9 SO&SU boards. You can read about OpenCAPI memory here:
https://www.nextplatform.com/2018/08/28/ibm-power-chips-blur-the-lines-to-memory-and-accelerators/

Though I don’t really know all that much about these sockets. I never did get a reply about whether SO (Scale Out) and SU (Scale Up), even use the same physical sockets.

From the RCS Wiki talk page on POWER8’ (listed there as POWER8E):

We have no direct experience with this module, aside from the fact that it does not work (or even fit) in the standard POWER8 socket.

Though that’s not a fair comparison, since POWER8 → POWER8’ added NVLink connections, whereas POWER9 → POWER9’ is only updating them.

There are a bunch of questions here,

that I can’t begin to guess the answer to, but with this many unknowns, and little benefit to doing so, my guess is no.

henriok on Twitter found some interesting info about chip codenames in a recent skiboot patch:
https://lists.ozlabs.org/pipermail/skiboot/2019-February/013193.html

I’ve done a bit of skimming through the skiboot repo (details are collapsed below) but I’ve come across some interesting observations.