The Appeal of a Series:Tales of Demons and Gods

The world of Tales of Demons and Gods is a world overrun by hordes of demon beasts. To defend themselves from demon beasts, humans live in isolated colonies and rely on cultivation techniques to boost their fighting powers. The story follows the protagonist Nie Li, given a second chance, has been reborn as his past self. Armed with the knowledge of efficient cultivation methods and the world, Nie Li prepares himself and his peers in preventing the destruction of Glory City.

What I was reading before

What makes it different?

The premise is differs from Jump series in that the main character is reborn into their past self. With knowledge of his past life, Nie Li is more experienced compared to adult characters. This experience is demonstrated when Nie Li corrects and embarasses his teacher in the first couple of chapters. The appeal of Nie Li is not development of his character, but rather the techniques and items to speed his development into an overpowered protagonist. With the knowledge of his past life, we also watch how Nie Li will change the future.

Other than the story structure and character development, Tales of Demons and Gods is appealing in how it differs world building. As a result of the first 200 chapters being set inside of Glory city, readers hunger for exploration and are satiated by short ruin exploration arcs as well as references to far off locations.

The author reasons that Nie Li does not explore due to the upcoming waves of demon beasts looking to destroy Glory city, as well as the danger of the outside world. This is illustrated in chapters 27-68 with the introduction of the Dark Guild and Giant Blue Armed Apes. In these chapters Nie Li, outmatched by the boss Ape, escapes with his quick wit by turning the boss Ape on the Dark Guild.

Major exploration of the outside world occurs once Glory city survives a wave of monsters and Nie Li finishes prep work for exploration. By explaining the limitation of exploration in reasonable manner, the author builds an interesting world that is worth exploring.

Aside from the vast exploration potential of the world, the power structure interests me. Unlike the focus of bloodline techniques that plagued the end Naruto and early Dragon Ball Z, Tales of Demons and Gods structures the power system to be dependent on individual cultivation.

By having Nie Li start off as the weakest character in the beginning, other characters can become stronger through meditating and elixirs instead of blood line techniques. To differentiate characters from each other, clan specific meditation techniques, individual attributes, and finances are used.

Power gaps are also prevented by Nie Li’s desire to get everyone to a level where they can protect themselves. Nie Li speeds the growth of his friends by providing efficient cultivation techniques, elixirs, and other items that can improve power.

Tales of Demons and Gods is a great series to read if you find yourself bored of what’s currently offered or during a slow day with no updates on other series. For me the novelty of the premise, characters, world building and power structure is what got me hooked (reread all the chapters before writing this up).

It also helps that new chapters (10-12 pages each) are posted about every 4 days. If you finish all 230 chapters you can read the light novel (470 chapters) that goes more in depth than the manhua. From the comments of the Novel Translations subreddit, it is recommended to start from scratch.

it also got a anime adaptation, I haven’t watched it, but the comments are pretty good 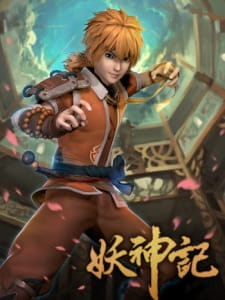 In his past life, although too weak to protect his home when it counted, out of grave determination Nie Li became the strongest Demon Spiritist and stood at the pinnacle of the martial world. However, he lost his life during the battle with the Sage...

it uses CG, so it might be a bit jarring if you are going from the manhua version to the anime

Not sure when I will post another write up, but vote for another series you would like me to cover

liked in the poll, also linked below for whatever reason discorse isn’t previewing the manga updates links 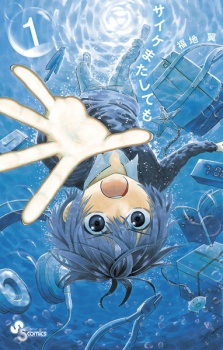 The manga revolves around Saike, a male middle school student without dreams or motivation. Within his normal everyday life, the only one who dotes on him is his female childhood friend, Mikan. However, one day, after seeing Mikan in extreme danger,...