GlobalFoundries the company that is currently manufacturing AMD's Zen 14mm FinFET Architecture has admitted that the production is a success. In other words there is a existing working sample somewhere of the Octacore FX processor in AMD headquarters. Last week AMD has stated that Zen has been fully tested, Even though it was somewhat of a rumor. We can now properly confirm that it's true. Mark Papermaster, Senior Vice President and chief technology officer at AMD has also stated that the FinFET technology is going to play a critical role across several AMD product lines (APUs(?) GPUs(?) ), Starting in next year. GlobalFoundries has worked tirelessly to reach this significant milestone on its 14LPP process and has come to a success. 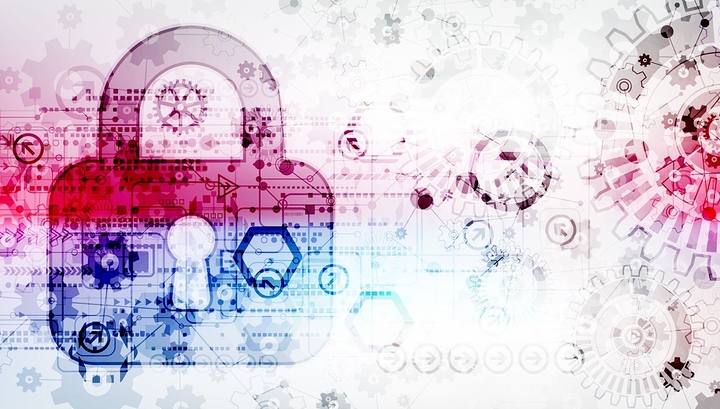 If you're in California, then by all means get ready to be excited. California Governor, Jerry Brown has signed the "California Electronic Communications Privacy Act". A landmark digital privacy law (And a win for the people of California) that requires California police to obtain a warrant from a judge before they can access electronic information about people’s identities, where they go, who they know and what they do from your electronic devices (Phones, Tablets, PCs, Servers) and so on.

California's Electronic Communication Privacy Acts protects digital information held by companies, including the content of emails and cloud documents, Location information and metadata. The state’s electronic privacy law also means that data on citizens’ computers and mobile devices have the same protection from government spying as paper files.The protections provided by "California Electronic Communication Privacy Act" were badly needed. While technology has been advancing every year, Digital privacy laws remain stuck in the digital toilet of the Dark Ages. Prior to the passing of this law Police could just come knocking on your door, ask you for your mails, text messages, location information and all of our digital data, and there was nothing you could do about it but drop your pants and prepare your body. but NO MORE.

So if you're a Linux user like I'm sure everyone who was paranoid about Windows 10, probably are now, well Ransomware the new "Virus" that has been attacking people's systems by encrypting their data and telling users of this machine, look you want your data back? well pay us and we'll give you the key for it.. simple as that right? well one there's no guarantee you'll get your stuff back and two well now you really can't hide from it now. the new and popular Ransomware virus has now been attacking Linux webmasters. luckily it's been reported quickly. the name of the Ransomware is called "Linux.Encoder.1" and it works the same way except it encrypts these folders on your Linux machine.. 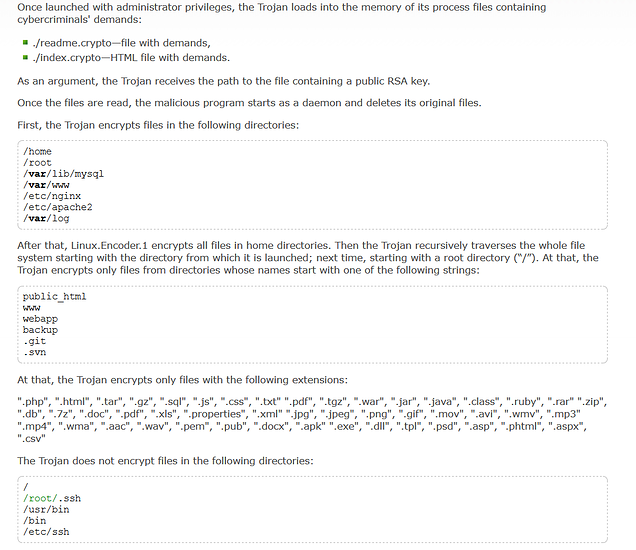 Wonder how the ransom software is getting root permissions to encrypt the drive.

Probably people who forget they were root Opening shady files.

do we have a link to the ransomware? I'll try it out

Hopefully It is just user error due to bad opsec

As for the actual virus, idk why you would want to test this, but I'm not going to post a link to a virus.

I would do it in a VM just to be safe

Idiot sysadmins is how its getting root. Anyone worth their job title wouldn't have systems susceptible to this.

So glad I don't run as root too often.

lol no one knows how it got into their system. all they know is that it's ransomware. but i can guarantee the person who caught this virus and ACTUALLY executed it. (cause according to the articles the user must execute it, it doesn't just start on its own) was a retarded system admin who runs root everyday and forgot he was root on the web server.

We should all start sacrificing Pentiums so that Zen will be the stepping stone for AMD's eventual rise to global domination.

It's going to take a while for AMD to get back up on their feet again. Zen will be the cane for AMD for a bit.

It'll probably take Xeons and a tea party with Cthulu. Was there any word on the Socket for Zen? I am not well versed on AMD sockets. Would it be a good bet that it is am3+?

Or maybe a completely new chipset?

AM4. not AM3+ the socket is an ancient zombie, and chip-set is old as hell.

I run my vpn out of a California data center... I have the warm fuzzies right now.

Next year Advanced Micro Devices plans to introduce not only all-new accelerated processing units and central processing units, but also fresh platforms for client PCs. While AMD will do a lot to u…