I am super happy to see the performance of AMDs Raven Ridge APUs. They seem like perfect processors for a pet project of mine, but considering what I would like to achieve I have concerns about thermals. I plan on building this thing once I can get my hands on a B450 ITX motherboard.

Cramming all of that stuff into that case will be a challenge, for sure. However, I remember reading that the cTDP on those SKUs are configurable to 45W, and that AMD will also be offering 35W versions eventually. I would really like to see this build become a reality, mostly because I’m a huge geek, but also because I have a solar powered cabin I spend time at regularly and would love to have a low power PC with some gaming chops there to pass some time.

Any input would be appreciated. Thank you

Just go Inwin Chopin instead. Comes with a PSU.

The ASRock AB350 ITX fatality gaming whatever AC is a good board and not priced completely dumb like most other ITX boards. Get that. And B-Die 3200 C14 memory. Because APU. 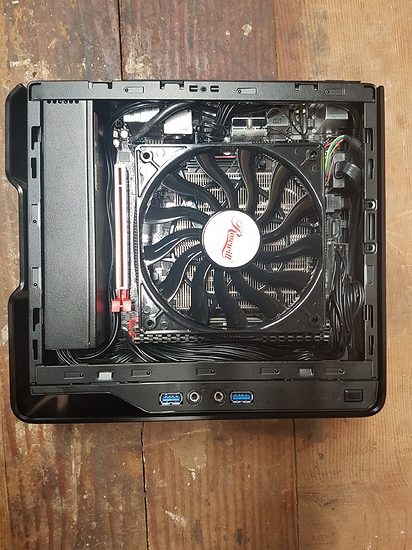 Here in the US, the Chopin is actually quite hard to get a hold of. The case I have chosen to use is actually the “pet” part of this project, and is all about cramming as much as possible into a tiny space. Thermals are what I am hoping to control. I’m hoping that the 35W 2400GE and B450 become available around the same time, which would greatly alleviate my concerns about thermals, but if not I will stick with present APU. Unfortunately, Raven Ridge does not support the 970 evo, or any M.2 NVMe drives. SATA M.2 only.

Unfortunately, Raven Ridge does not support the 970 evo, or any M.2 NVMe drives. SATA M.2 only.

Oh. Are you able to take full advantage of it’s capabilities? I was going to use a WD Green M.2

Sure, there is no restriction on storage on the APUs.
That is a basic feature for a consumer part like these chips.

The case you chose does not look a lot smaller than the chopin to be honest.
There are quite a few similar products too. Just a suggestion.

It was my understanding that Raven Ridge is only capable of running NVMe at x2 rather than x4. Considering my use case I would likely not not notice the difference using a SATA drive, at least according to benchmarks I have seen.

The build I would like to achieve was actually inspired by this:

The case I have chosen is the smallest ITX case I can find on the market, and I think the 2400G would give me the most “oomph” possible for gaming and computing in one package.

It was my understanding that Raven Ridge is only capable of running NVMe at x2 rather than x4.

First time I hear about that and I don’t think it is correct.
But I would like to here from someone else about that.

This suggests it is plenty fast:

Considering my use case I would likely not not notice the difference using a SATA drive, at least according to benchmarks I have seen.

OK, here is the thing. NVME is way faster than SATA in throughput.
BUT way more important is how snappy the system is.
Trust me on this, get a 970EVO.

Have you look for the S4 mini (from NFC) instead? By not having a GPU you could just shove a HDPlex 300 inside with a AC-DC converter, so no brick whatsoever outside.

I was looking at the Luna Design DNK-H for Thin Mini ITX. https://luna-design.org/dnk-h There are no Thin Mini ITX boards for AMD, though.

They also have a case specifically designed for AMD, but will work with standard ITX. https://luna-design.org/zen

Expensive, but they look very nice.

I wish I’d seen this before I bought the Chopin. Looks like a nice alternative.

I wouldn’t be concerned about thermals with your build. The NH L9 is a great little cooler. I’m using the Intel variant on a Intel i5-6600k mini ITX build I did late last year. The i5-6600k is a 91W TDP according to Intel.

I am running the AMD variant on a 2600 in my handbag.
It is actually doing pretty ok even on the 2700 but I scaled it down a bit.

That’s an awesome build. I absolutely love the Lian Li TU-100B. Such a cool case. The R9 Nano is still such a little beast. Hopefully there will be an RX 580 or Vega 56 available in that form factor soon…

Thanks for the link. I was not aware of this case.

Oh. Are you able to take full advantage of it’s capabilities?

Raven Ridge APUs take 8 PCIe lanes, so if you put something like a Ryzen 5 2400G into a mITX motherboard then the first (probably only) PCIe slot will be reduced from a 16x to an 8x. That will have some effect if you plan to later install a DGPU.

Alternately, you might be conflating the multiple M.2 issue.

The first M.2 slot is directly connected to the CPU via four dedicated lanes. Some motherboards, however, have two (or more) M.2 slots. If you install M.2 cards into the 2nd/3rd slots, then PCIe lanes will be taken away from the regular pool.

Thus, if you happen to be installing a Ryzen APU on a motherboard with 2 or more M.2 slots, then both the APU and the 2nd/3rd M.2 card will be trying to tap the same pool of PCIe lanes… with some unexpected and non-intuitive behaviour resulting — especially if you try and stick something into the 1st PCIe slot (like a DGPU).

I doubt any of the above apply to the system you are building, so you should be fine.

then the first (probably only) PCIe slot will be reduced from a 16x to an 8x. That will have some effect if you plan to later install a DGPU.

Nope, 8 lanes is enough PCIe even for a high end card. 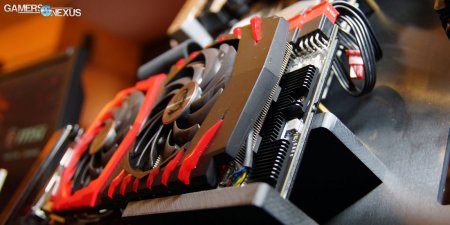 What’s such a big deal with TDP? That Noctua cooler should be able to handle 65W (according to datasheet) but anyway if you want to lower the TDP you should be able to fiddle with bios, either inbuilt power saving & power management features, or just manually underclock / undervolt.