'State of Surveillance' with Edward Snowden

Has Anyone else watched this VICE security series General Discussion

Hey this VICE security show that seems to be starting on HBO heres a link to the first episode. What do you guys think of it im interested to know

Interesting. Thanks for sharing.

Holy....F'in Shyt, Not anything I didn't already know, but If you watch this and still think he's a traitor, you my friend need to be slapped with a wet wooden spoon....

Guess I'm throwing my phone away....

Was nice to see Wyden interviewed. @Logan if you guys ever venture into the documentary realm, it would be awesome if you could get an interview with him. He's one of the very few political workers that have a clue on technology and subjects like this.

Snowden really should get his own YT channel or TV show about these kinds of things.
Actually no, he should run for president. If Shillary is allowed to run while being under investigation, the accusations Ed is facing shouldn't be an issue either.

Neat trick with that smartphone though. That just might persuade me to replace my 3310.
(nah, not really, I'm not replacing it until it breaks and that could take a while)

Edward Snowden has certainly opened many 'naive' eyes on the extent of the 'bastardry' of the US agencies like the NSA, CIA, and the FBI (plus the complicity of a corruptible US government) 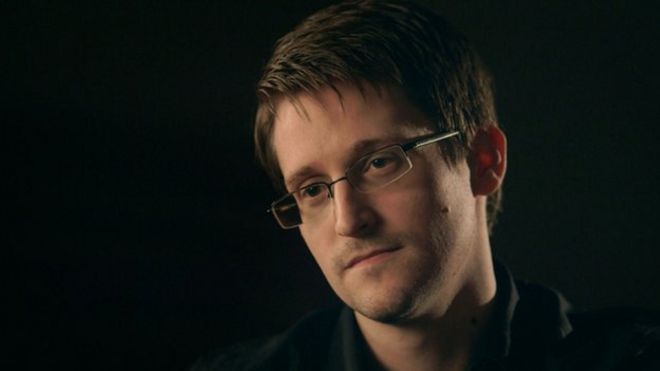 Never thought I could use external microphone on my phone.

i actually just removed my cameras(since i dont take pictures anyway) off my main device. it runs considerable amount faster now. i assume there are alot of functions using the camera... which isnt good... that made me feel very uneasy

I was thinking about getting a separate device that is simply a camera. And disconnecting everything else that I don't need.

thats the only reason i did it. i have about 8 devices laying around. im not a big picture taker

hmmmm, never considered actually taking apart my phone and removing the gps and camera before. not a bad idea. for that matter, removing the battery whenever you dont need it isnt a bad idea either.

and his argument for why you should care about privacy is just perfect.

@Ethereal This is going to be a really long reply of sorts.
In the year 2011, The TV show Person of Interest premiered.

It centers on John Reese (Jim Caviezel), a presumed-dead former CIA agent who is hired by a mysterious billionaire named Harold Finch (Michael Emerson), to prevent impending violent crimes predicted by the Machine, a mass-surveillance computer system that relays the identity of a single person predicted to be the crime victim or perpetrator.

I watched the show. I found the idea of a government building a mass surveillance program to be an interesting idea.
It made for a good plot device.

Fast forward to 2013 in June when Edward Snowden revealed that the US Government was indeed doing mass surveillance of it's own citizens. I was deeply disturbed that this idea from a fictional show had been a realty [of sorts] for some time. The thing that bothered me the most was the apathy of the majority of the people. It seemed that everyone was okay with their privacy being violated because they ' don't have anything to hide" and "as long as it kept them safe".
What Snowden did was extremely important. I know there are many people who label him a traitor. The thing is without him, we would never have know about the mass surveillance.
I do agree with him about our net being cast to wide.
I think this video would be good to show to people to help them understand what is at stake and how dangerous it is.

Snowden is a dumbass. He is a traitor in the sense of causing the people who protect us unnecessary inconvenience that could affect the safety of US citizens (people who knew and needed to know about the "leaks" already should have and a sellout and his post-"leak" choices point to this. He is however definitely not a Campbellian Hero, he did not go through a hero's journey cycle.
The masses will always be ignorant unless there are much more drastic changes. Whether there needs to be those changes, is another discussion.

To be honest, he actually is all of those things.

Did you watch the video? More than quite a few sources say this whole "spying/information agenda" has not stopped any terrorists attacks.

The person who did that interview Shane Smith has put out some quality articles and doesn't seem like the type of person to put out garbage or un-factual statements.

Had an interesting conversation with someone earlier. Here is the short version of what I gathered from it.
"The whole shotgun approach to surveillance does help, but unless it is properly aimed it only helps after an event. Targeted surveillance is only helpful when you have a target and shotgunning can provide you with targets, but determining which ones are real and which ones are synthetic takes time. The old methods of gathering intelligence, without SIGINT, by only using assets can give you great intel, but that can be dangerous and can lead to lots of wasted effort if it turns out to be false information. The method of gathering the most accurate and valid intelligence are all of the above methods combined, but only when used properly. Boots on the ground, targeted surveillance and a properly aimed shotgun approach will seed you with the best and most accurate information on-time, every time, and can even lead you to new targets that you didn't even know existed."

Just wait until the modular phones become widespread...then their screwed.

Edward Snowden is a hero in my eyes, the US had it coming to them.