(Solved) Computer using too much RAM

My computer seems to use 95-97% of the RAM all the time even when I have the most basic programs like Google Chrome, Microsoft Word, or Steam. It also uses a lot of RAM when theres nothing running. I know Microsoft uses most of the RAM because if not it is wasted, but this is affecting my FPS inside games a lot. Typically I got 70 FPS and now I average around 11 FPS. It also looks like it is taking a lot of CPU

Click the top of that Memory column that is highlighted in red and it will order from most used to least top-down, and you can see which program is using the most at once.

Posted a screenshot that ordered them.

That’s bizarre… your most usage is Chrome with only 184MB. I have two Chrome windows open, one playing a video and the other five tabs in the other window and am using over a gig and a half.

Can you post a screenshot of the Performance tab on Memory?

You can paste images directly into the forum post by the way. It’s very handy. 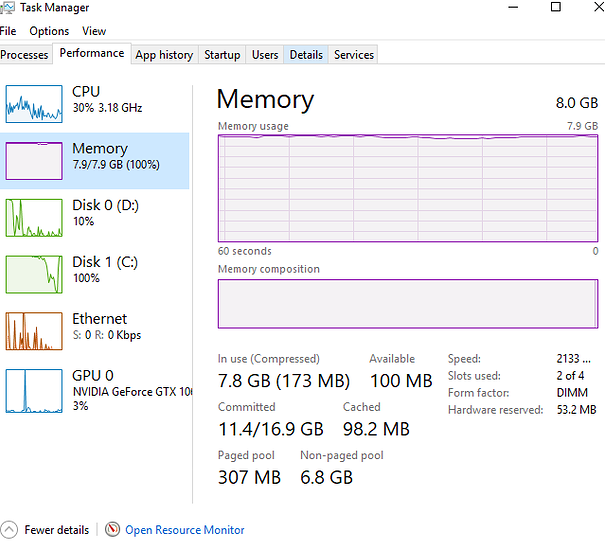 Well we can certainly see that something odd is going on.

What about CPU, what’s using the most CPU on the Processes tab? 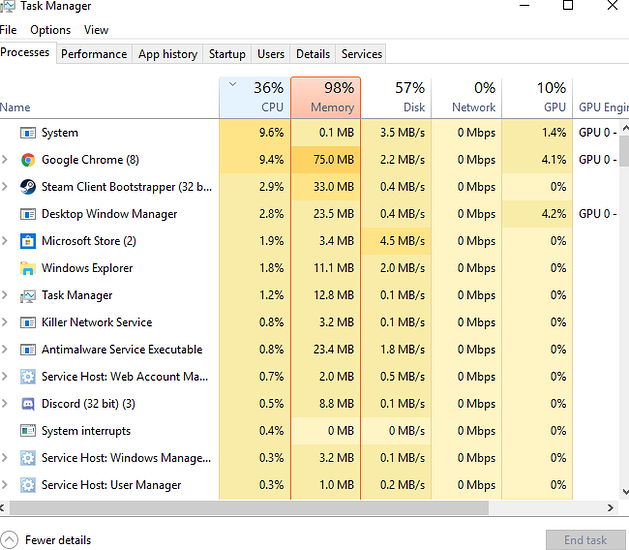 So given my limited experience (IE none professionally - take everything I say with a grain or five of salt) it would seem you have a memory leak from somewhere.

Does this happen immediately when you boot the computer or does it happen after certain programs are run?

it happens after the computer boots.

I did find a video relating to this issue that might help:

I’d be real cautious editing the Registry though if you’re not familiar with it, so perhaps start with Method 2 first as it’s very easy to reverse.

1: Antivirus scans for all ( I prefer Avira but any of the top 5 is okay )

2: Malware scans for all ( I prefer Superantispyware but again any of the top 5 is okay )

4: Take a close look at chrome and extensions reinstall if necessary ( Chrome is known for ram hogging issues along with it’s extensions )

6: Fully update os and all software/drivers

None of the above methods have yet worked.

Snapshot your services tab… all of them. I would of laid money it was chrome or one of its extensions. 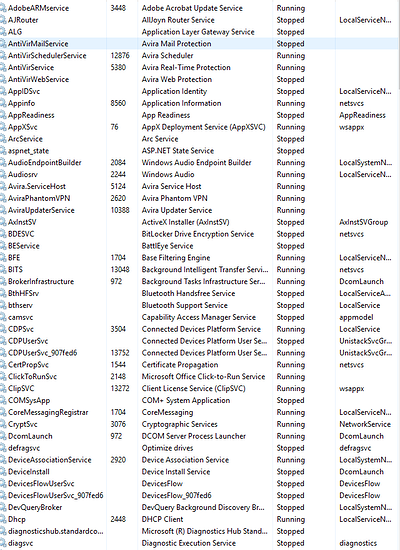 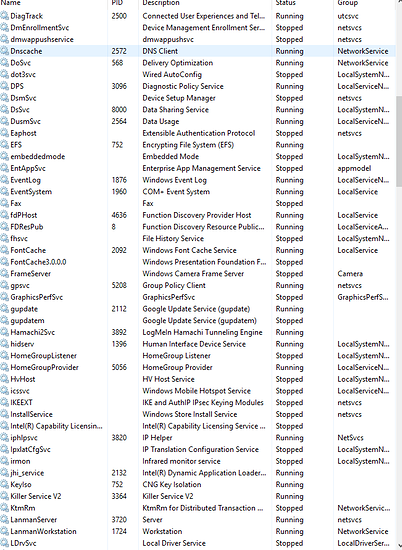 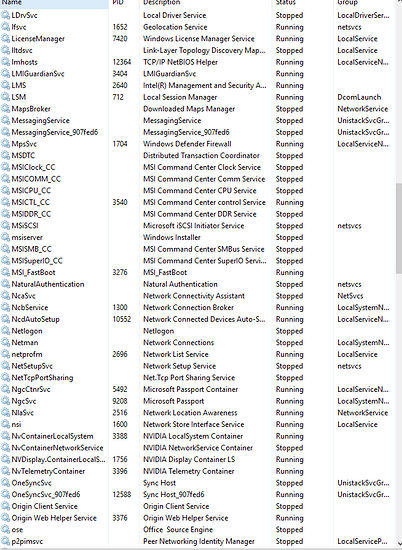 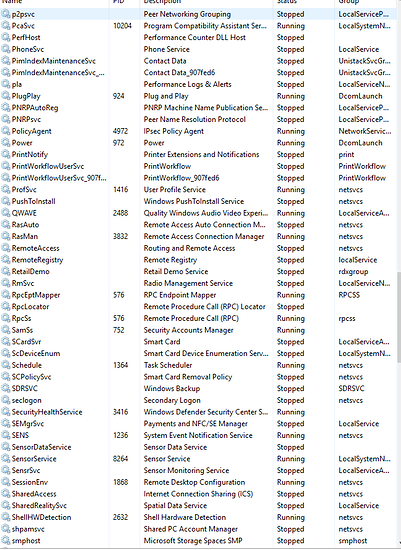 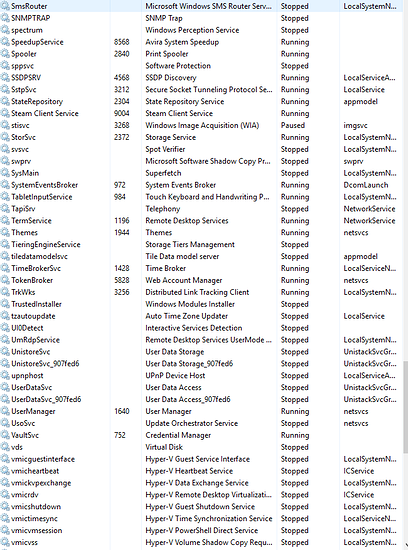 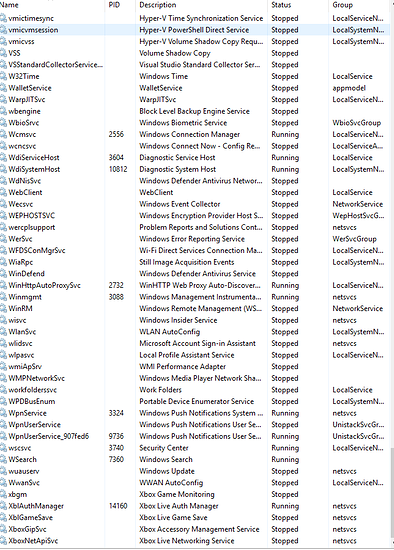 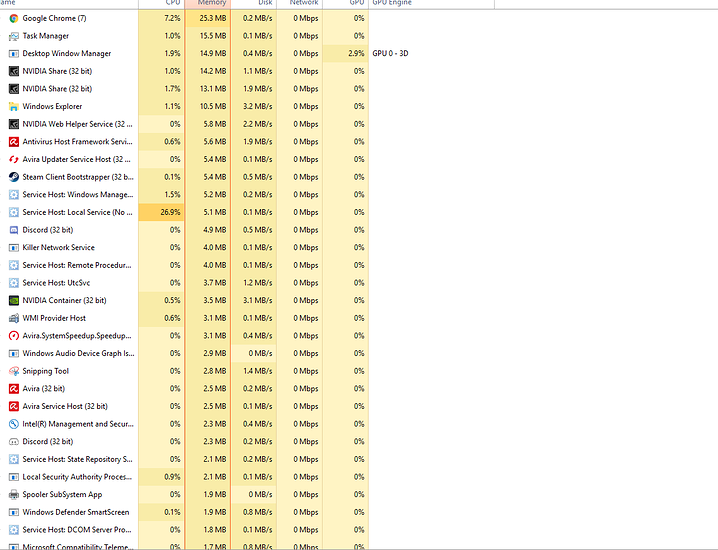 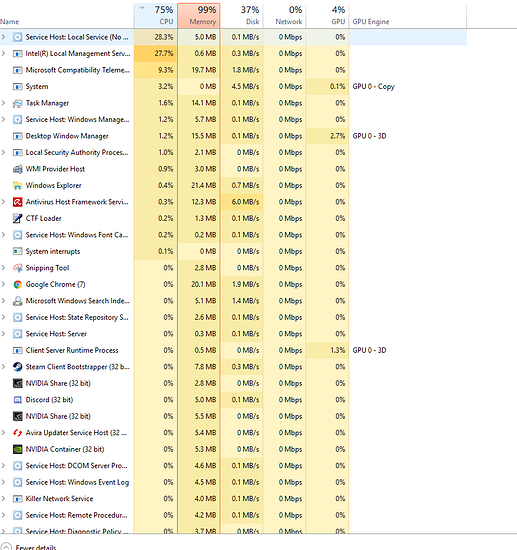 Do you use bit locker/ or disk encryption.

I do not think so.

I just looked it is stopped.