So Antergos shat itself last night and I started looking for another os. This is the third time ant has done this (update, forget what /home is) and I'm pretty sick of it. So, after hearing about solus on LAS for the last month I thought I would try it.

Heres the thing, if you jack off to your favorite os, good. I know there are people here that use solus, good for you. What I am posting here are my problems with it, bugs, and what they need to do. So before you turtles crawl out of your hole with autistic screeching...

shut the fuck up

Solus, and independant project from Ireland that intends to expand the linux desktop to the simplified space of the market. It boasts easy install, the budgie desktop, and a good community. While some of this is true, I have some problems.

Going in it has everything set to qwerty. Expected, set, move on. Language preferences come up, set to dvorak, but it stays at qwerty. This is an easy to fix little niggle that not a lot of os's do.

Past that you get to disk set up. Its very simple in design and is similar to the old old ubuntu installer. Select a disk, overwrite previous os, burn everything, manual instruction. I love separating root and home so it makes installing a new os simple so I do manual. First problem is lt only selects the disk you have in the previous menu. If I select my /home for some reason, it only presents that. Single disk priority is not good.

At that, this drive menu is not a partitioning tool at all. Its disk selection only. Set the mount points and move on. So you have to open gparted to set settings and after you change stuff you can't refresh the menu, you have to close, reopen, go through all the other shit, and get to this menu again.

For note the rest of the installer goes as expected. I installed on my single disk laptop (which appears to be the target audience) and you select timezone, make your log in, check settings, off ya go.

This is the package manager FROM HELL. This is not a good one. Solus uses eopkg, which appears to be gentoo, apt, and bsd all slapped together randomly in the hopes that something will work.

The build system is not clear as to how to use it nor as to what does which. You have three options to build. Emerge, build, and -b. They each have different descriptions but all seem to do the same thing. This bothers me because I come from arch, which if you don't know, has a separate build tool from the package manager as well as the built in protocols in pacman itself. If I do pacman -S steam it will pull dependencies as I need and just build steam. However if you just updated your repo listings and install steam you have to build gcc separately, upgrade it, then go back and install steam. It should do it all at once, not be tedious as shit.

On top of that there are packages not even in the repos that I would expect to see. In ubuntu for example, I can install vivaldi from the repos or from the site. Vivaldi isn't in the repo's, so I have to use the bugtracker on their site. Speaking of...

While its relatively fine, its impossible to find the bugtracker. To submit bugs or ask for apps to be packaged and set in you have to use their. ug tracker on their site. There isn't anything in the os as far as I can tell to send bugs and the support page just leads to their twitter and emails. At the bottom of each page there isn't a link, but rather a list of sponsors, back to top, and a contact us button. Clicking that I would think it might be a completely separate page but its just the support page from before again. So you have to google the bugtracker to even find it easily without a shovel.

Now I know its a new os

I get it, its just starting, but this seems like foundation stuff to me. I'm not saying I am expecting something like apt or pacman, but the functionality of as many os's as possible isn't needed. Basic description or a pdf manual on the desktop ir home folder would be nice. Some documentation pages right there on the site, first thing, would be A+ for a power user or someone discovering something completely new. Other filesystems that aren't basic as shit and a real partition manager in the installer is greatly needed, as well as the keyboard bug needing a fix.

But is it good?

As a demonstration, sure. Certainly not as a daily and definitely not as a recommendation. As a project? Sure. I'll put it in league with SliTaz and Icaros. Unless you implement a custom version of Solus yourself, its not worth using in my opinion.

So, look to netrunner, salix, and other os's that are already polished and will suit your needs. Solus? No, just watch how it develops for now.

Now this is not to knock anyones favorite OS.

If anyone using Linux is looking for stability and fancy features, by all means stick to a mainline Linux Distro with the largest Dev Team behind it you can find. Ubuntu, Fedora, CentOS, SUSE. Arch is a maybe if you want to take over the role of the package maintainer and part of the dev team yourself.

Many other Distros such as Solus, Antergos, Elementary and a bunch of others are really from what I have seen over the years just 'package bundler' distros. or Desktop Envrionment Developers and what usually ends up happening is that in the truest of GNU sense, one thing is done really well while the overall system is packaged and implemented rather poorly.

It's commonly referenced thing by Bryan Lunduke too in his 'Linux Sucks' talk, usually also referred to as Distro Fragmentation. Instead of collaborating, every single guy in the Linux world capable of working on a distro runs off and tries to build their own perfect system by reinventing the wheel instead of collaborating with an existing distro to make it better.

It's a bit of a rant, but it's also something I think is really important to making linux any good at competing with the mass market appeal of windows, windows was developed by thousands of people at a full time job to ensure it's overall functioning, linux is a bunch of really awesome packages sandwiched together into a somewhat loose and janky system with little appeal for the average user.

I'm going to take a guess this thread is going to massively #TRIGGER someone. just like saying Arch and KDE is ultra bad. but oh well

I like the desktop environment much more than GNOME. but I'd rather just use Budgie on my preferred Distro than use SolusOS. ain't nobody got tiem to learn new package manager commands. /s

though I hope Budgie 11 is great. current Budgie is still missing a bunch of features.

The main developer/ founder is an Intel employee. He works on clearlinux as part of his job, and this is his side project.

and this is his side project.

That's the problem right there, "Side Project OS".
I and probably a whole bunch of people would not feel comfortable using someones Sideproject OS as a daily system. For something important like an OS ecosystems that's quite the gamble to take.

clearOS is a different thing. clearlinux is what ike works on.

ike does a podcast "late night Linux" where he has been grilled for the fragmentation. it has also come up in LAS when he has been on.

while it is indeed a work in progress the things that the fragments are bringing is step evolution of ideas.
recently the elementary OS main dev was commissioned by wimpy from MATE DE to design all of the icons. this probably wouldn't have happened if the elementary guy just released an icon pack.

the budgie desktop menu is being included in MATE as the default in coming versions.

these ideas need to be brought to fruition to see if they are viable for other systems to use.

forks are what make Linux so attractive.

turtles crawl out of your hole with autistic screeching...

my turtles are offended. 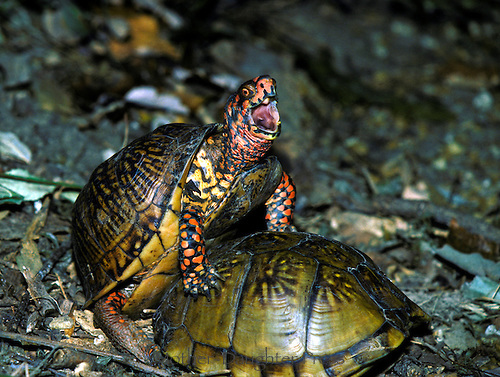 Thats why i mainlly recommend to just stay with one of the bigger dogs in the world of Linux.
Large communities and allot of support.
All those independed forks and little projects are cool to play arround it.
But as far as a dailly driver is concerned, i would personally go with something reliable and decent.

Antergos well yeah, allot of people praise it to heaven.
But i personally didnt really have much luck with it either.
I cannot say much about Solus in its current state,
i have looked at it in the past, and i wasnt really impressed with the lack of software in their repo´s.

Heres the thing, if you jack off to your favorite os, good. I know there are people here that use solus, good for you. What I am posting here are my problems with it, bugs, and what they need to do. So before you turtles crawl out of your hole with autistic screeching...

#shut the fuck up

Just because you put that there i have a thing for you:

The OS was built from scratch, starting in 2015. What are you expecting in terms of software support and stability lol?

I'm not concerned about stability I use pentium 4's and M's gor fucks sake and they are as unstable as it gets.

My point is they are going at it from way too many directions and they don't have a good foothold on what they want, other than budgie as the de.

Good example. Redox is an os that is 2 years old. Its built all i. tust and has a mature kernel and package management is set in stone. The guy nailed down what he wanted and built a microkernel to do exactly what he needed it to do. Is it a main os? As much as slitaz is windows xp. But point is he has it. He has had it somce he decided his project was whatvit is.

Solus does not, and if they stay at the abbrasive rate they are going and shunning anyone who is critical about the project they will never ever get to that point.

Did
You
Not
Read
The
"Its been in existence since 2015"
Part
Seriously its been less then 2 years. Since they started. Why are you being so judgy about it lol, its not like arch thats been around since forever

I added an edit.

You still are being pissy as hell in said edit.
Not everyone writes a full OS in two years you know. And not everyone knows what they want to do with an OS.

God damnit I got suckered in by the @Aremis again, I forgot he is always high on IBMs koolaid about RISC and seems to think Arch is the best thing ever
Why do I even
... Oh well.

I'm confused. What exactly did these Solus guys write?

So, they didn't just write a budgie desktop (did they write it?), but they also wrote Linux kernel, and a bunch of open source applications, right?