@wendell An update in a few months about how often you use it as a standing desk would be interesting. The idea sounds good but wonder how often people use the standing desks.

Last few weeks I have been using it way more than I thought I would. We will see if the new wears off soon

Wendell you were SO CLOSE!!! 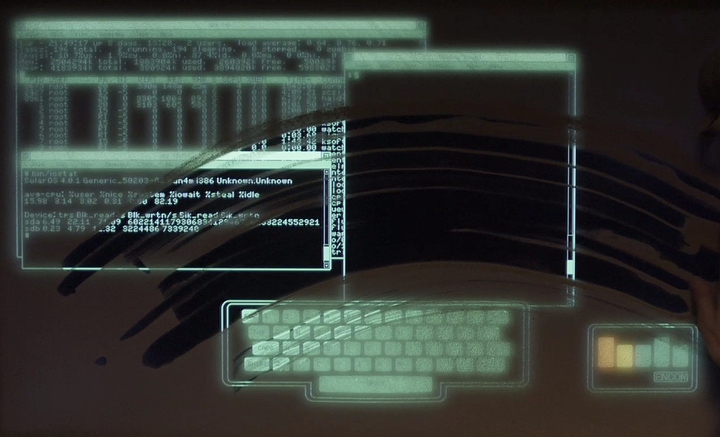 So is the source of your original comment was more for me to tone down my expectations then?

I can only conclude you were trolling. Please don’t do that.

I was being serious.

I have no trouble giving away stuff I have little use for. I have too much stuff as it is anyway, too much that’s just collecting dust. Now, sending stuff to Wendell and crew would be a problem as I’m on another continent, but if I were closer by? Sure, If I saw a better use for it that way, why not.

Now, I don’t usually just send stuff to people who ask for it on youtube/internet. The thing is that I’ve been following Wendel for some time, I don’t think he would just sell old stuff people give him just to make a quick buck. I think he would try to do something interesting with it, or if failing that, give it to somebody else who need it.

I have no problem giving stuff to people I know a bit/trust a bit. I think that is the usual thing for humans. Helping people around you, people you have some kind of connection to, is just a thing you do 'cause it’s a decent thing to do. Plus I don’t have to bother with whatever I give away anymore, and I’ve always found selling stuff to be a real bother.

Where I live there is a loosely knit community of nerds, many from the local big Computer Association, but also many other people. Giving away old stuff isn’t really a big thing. When I was a poor student I got a HDD from a guy, it worked if you put a partition on the beginning of the drive, avoided a couple of sectors in the middle, and then you could use the last part for another partition. Gave away that drive some time later, IIRC. Got a flat bed scanner the same way, it was kinda PITA to make it work as it was a win-scanner, needed the win98 driver to work, no real logic in the actual scanner. Later it turned out that some enterprising soul had created Linux drivers for it. So I gave it away to another student that didn’t even have a Windows license.

This whole forum is kinda built on similar stuff. People are giving away their time for free, 'cause they like to. Wendell could put up a paywall, demand subscription fees etc. Somehow I don’t think that would make the community any better, I think it would kinda kill it and take away the passion.

Go away and be annoying elsewhere.

I’m going to throw my 5cents worth in.
I don’t know about everyone else but in my opinion.
When Wendell asked if anymore had any spare hardware. I looked at it like a group project where people send the hardware in, Wendell does all the heavy lifting and everyone gets to see the end result.

Is there still need for old iMac screens? I have a 20 and 24 in my basement collecting dust. I would gladly donate them and anything else you might need. It’s the least I can do for all of the videos you guys put out.

@Grim_Reaper “Just because something use to be valuable” isn’t a good way to measure the value of something now, especially if it’s broken. Dead iMacs aren’t very valuable apart from parts on the used market, and even then it depends on the model and severity of the problems. Much like vintage cars, they’re usually no good if they’re rusted and are missing most parts. Intact ones are valuable, broken ones are not.

Don’t forget that L1T is basicslly built off of old devalued servers that were probably going to be thrown out anyways. L1T even has a video about reusing cheap server parts for a massive storage server. Yes the parts may have cost thousands when they were new, but theyre not new anymore. They’re used. less people want used parts, thus the prices come down. basic economics.

There’s also another very crucial part that you’re forgetting.
Time.
The time it took @wendell and friends to learn what they know is also valuable. It’s why they can provide the content they can provide. The time spent on figuring out how to make those iMacs work is also valuable time.
We love seeing their work because it’s content that’s extremely relevant to us. His time and money is the price of the L1T content and community, and they put it out for free (not counting ads). The least we as a community can do is be supportive, whether it be donations, participation, or just respecting the forums for what it is, an excellent source of knowledge and even a home for some.

While enthusiasts might get salty over some topics, as a whole we understand the concept of give and take and reusing hardware. All of us have at one point bought, sold, traded, or even given away hardware because we know that something will come back to us later. If we have stockpiles of misc hardware that’s not very important to us, there might be a person out there who desperately needs it, and vice versa.

By giving Wendell hardware, we know we will get something in return, even if it’s not Monterey. Could our own members do a similar project? definitely. do they have the time, money, or video/audio production hardware to do it? probably not. We know Wendell and team have the time, knowledge and production hardware to make it work and make it entertaining. We also know that some members probably do have access to such hardware and have no use hoarding it or see no real value in it. I’d gladly give stuff if I could. I’ve followed Wendell back in the Tek syndicate days so I’m pretty confident he has no bad intentions.

If you don’t see why giving away old/broken hardware to someone who wants to make something interesting out of it, then it’s fine. No need to make it vocal though IMO, this isn’t overwatch we don’t need that much salt

Sorry to see you had to feel it was necessary to address such scornful communication. Just want to say that I thoroughly enjoy what you and Ryan have done with L1T. I watch the videos religiously and comment in the forums and read the very informative articles where and when I am able. One of the greatest things about this group is its significant lack of trolls. It’s like a breath of fresh air compared to so many others and it’s really great to be in the company of decent people, who are friendly, consciousness, and sometimes downright helpful. Nothing works like a good team when you’re trying to put a project together and I daresay you have some awesome team players here. Kudos. (Remember not to feed the trolls. They tend to die from lack of attention.)

I look at like a “pay it forward” thing, and also if you cant donate pesetas (or whatever banana republic monies they use in the colonies) you can send some old crap to help out.
Wendell is a hero for the linux stuff that noone else seem to be doing.

Wow super awesome battlestation. That must draw current like there’s no tomorrow. I was planning to get a sit/stand desk from Ikea for my new appartment - now my wallet is in denial. 2300€ here in Europe, ouch. Plus the custom monitor stand.

But the best thing about this build is the keyboard! And you don’t even mention it?! What is it? Model M TKL or something - didn’t know those existed? Haven’t tried buckling spring yet - too afraid of the noise. Have you tried Topre, @wendell ?

It’s a bluetooth-modded Model M and I want one.

Is that hardware wishlist ever going to come to fruition? I just moved so my mental inventory of old hardware I have is pretty up-to-date. I’d love to send some stuff along if the need matches up.

@wendell Is Threadripper a viable option for me to build an Unraid server mostly for plex and a VM for gaming? Has the hardware passthrough been resolved for Nvidia cards? Thanks

Not sure. Would need to ask the unraid guys . As the npt patch is not mainline kernel yet that may be an issue

Other issues with TR make me say not yet

The NPT patch is not integrated into the unraid kernel. In fact, they haven’t touched their core system since March or so, I think.

The ACS patch is, however, integrated in their kernel.

Somewhat related, does the bus reset wonkyness of threadripper affect the RX 400/500 series to your knowledge @wendell?

It does. Only Vega works . And a reference 390 which is impossible to find anyway

How much do we know about the problem? If this is something that hacking kernel patches can fix, I’d be very open to working on a fix for it. If this requires UEFI, do we know if AMD/manufacturers are working on it?

I don’t mean to play 21 questions with you, I’m just trying to gauge if I should buy a 1920x or a 1700. I’ve got the budget for both, but Passthrough is a major component of my workflow, so I’d like it to work at some point in the future.