Show me your Keyboards!

Alright then, I have here a coupon for up to 35% off any Logitech G series periphials.  I want to see the worst keyboard you own, the one that makes me wretch and scream no no no, gets this lovely shiney coupon.  The coupon expires the 30th of this month, so I'm giving you guys 3 days to make me sick.  If you yank your pictures from the internet, as I have seen many nasty posts from both Reddit and Somethingawful, you will be disqualified. DO YOUR WORST!

Lemme grab the melted chocolate and carmel and smear it all over my keyboard, totally gonna win this.

That's not really disgusting, but sure, try, amuse me.  I've seen horrible keyboards in my college years as an animator, some of those guys, holy shit.

Hm, I'd rather see dingy abused keyboards from yore...I knew somebody that was a smoker, had an old logitech media keyboard from 96, and the windows key was melted by a cig...

traded a razer lychosa for it.... best trade ever.

Got a corsair K90. awesome stuff

I have a simple keyboard...although it would be orgasmic to have one of these 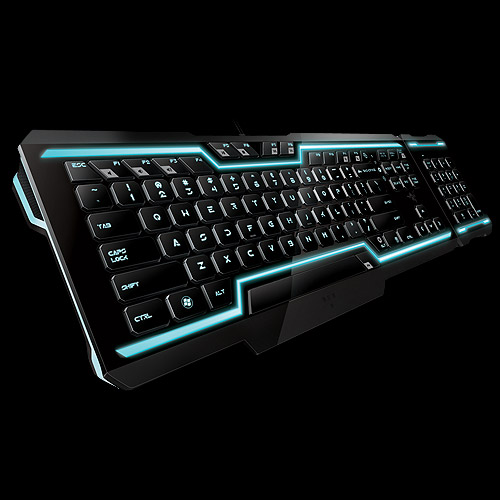 I'd take a picture but I don't feel like it, so there.

I have a Deck Legend, so there's really no way to upgrade for me, lol.

The Pure is sexy but mine has more functionality, so...

Can I take a pic at a keyboard @my workspace? : p

Oh sweet.  Looks like you have an IR device on your leg.  Some kind of Microsoft Kinect for the PC.  What games do you play with it?

WTF keyboard is that?

I'm entering this keyboard contest.  All my keyboards are shit anyways...I don't even like keyboards. It was easier than taking a picture, lol.

Its Virtual reality, I get to play FPS games around my apartment. And once I leave the door ( The Combat Area) I get slayed

I think there's something wrong with your hands.

I have this but I want this:

Are you into strange russian meats? LOLOL