In my upcoming Ryzen build (which I am finishing laying out waterjet tooling for) I have need of a riser cable for the first time ever for me...I need a cable at least 350-400mm

Shielded cables of course seem to be the way to go but the only shielded cable I can find with halfway decent reviews is the 3M 8KC3-0726-0500, which is an $88 cable on DigiKey, cheapest place I found for it.

So, question is, are PCI-e cables shielded between wires or just that surface foil? Would it be possible to get one of the many unshielded cables of good build quality (for 1/8th the price) and carefully foil shield it myself to save a hefty sum? OR should I just suck it up and pay the $88 for a single 3M cable?

Edit if you are curious why such a long cable, current mock up looks like this: 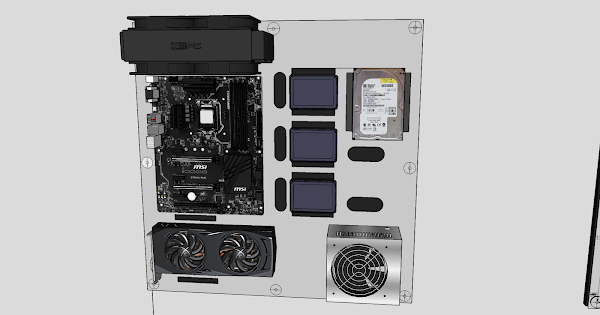 The riser needs to be able to make it down to snake under the GPU and come up below it to keep the fans facing out. (Also just pretend that is a Taichi board and an RX480 lol)

why not get actual riser card, instead of cable?

(you may find cheaper ones, and even supporting plates for gpu mounting. (quite useful in server 1-2u builds)

*if you decide with cards, be sure its not pci-e x24 riser card, some servers have it, and then split to couple pci-e ports.
(like the one below)

I have 3 16x PCI-E riser cables of ~30cm length. 2 of which are the black Thermaltake cables intended for one of their cases. Both have proven to be unreliable when running a GPU 24/7 for mining in my setup. The 3rd which was recommended as it has a supplementary 12V at the GPU end I never got round to try. It's not pretty so it wouldn't suit your build. I switched to the more common 1X to 16X USB 3.0 riser cards off Ebay and they've been totally reliable.

So if you are going to use a cable I would seriously considering the 3M cable as it does seem to that much better quality from what I've read.

I mean, from a pure functionality perspective yes, cards are definitely a better choice, but I'd prolly just mount the card in slot before I would use a riser card aesthetically in this build. I would like to leave the motherboard exposed as much as possible.

The Thermaltake ones in particular did seem to have some very nasty reviews. I'm not opposed to gray cables because I think (I'm not sure but I think) that I could carefully use some plastidip to make them blend in a little better if I do it right. 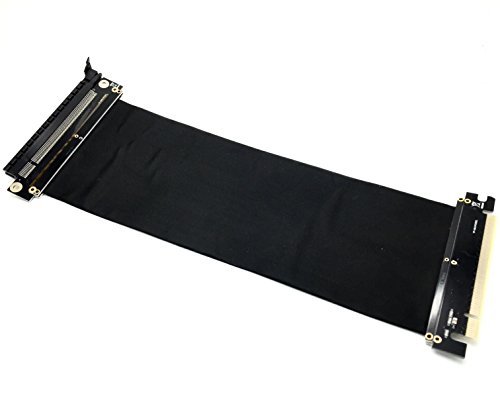 EZDIY's PCI-e extender has really good reviews, unlike, Thermaltake's. It's probably why it's sold out, I would imagine boutique builders buy them by the armful. 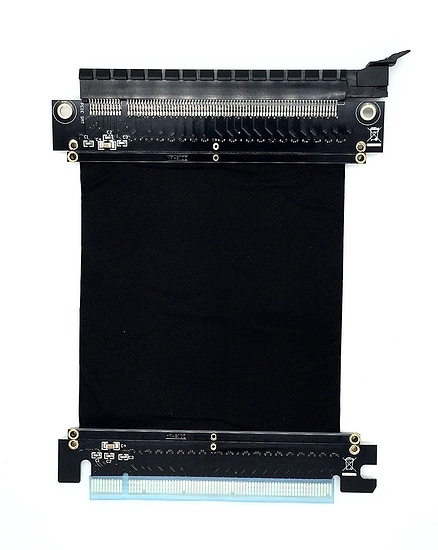 Another one by EZDIY, it's a riser + extender combo. Again, all black, and this one is available. If you design isn't final, your can design your build around this one instead.

I had to go grab one of the TT riser cables as they are essentially the same until you hold one up to the screen and notice the subtle differences such as different screen printing and a slide lock rather than the tilt lock on the EZDIY cable.

As I mention in a 24/7 situation under a constant but not necessarily high load the TT cables kept loosing the GPU until a cold boot brought it back.

That sucks, look if you can find the guy that built this PC...

...Maybe he can hook you up on his fancy PCI-e extender. It's actually a famous build since it was mentioned by Elric of TechofTomorrow.

edit:
So, it's by Show4Pro, you need to holla at this person to see where they got that ridiculously long extender for their two HD7970.

he likely used 2-3 pci-e extender cables, as he hasn't mention them at all.

actually he did.
"3M risers installed. These were longer than the 3x daisy chain I had and
was able reach the first slot and get both cards to run at x16 mode."

Looks like it's just regular grey flat cables but he modded it to match his build.

well they did apply shielding to it. If you grab some efi shielding paint or something alike and coat the cable with it; you'll have same thing. (you can get efi rfi shield tape.) 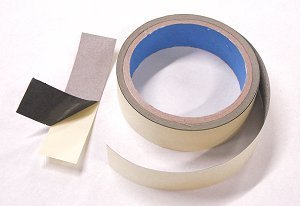 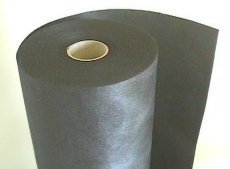 This is Microwave absorbing material with plastic coating (both sides) for easier handling. Using non-woven nearly-pure carbon fibers, to achieve both good microwave shielding and high absorption this ... 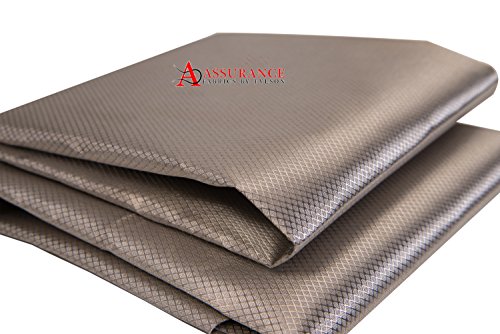 This is a highly effective product to protect from possible negative effects of cell phone, tablet, or any smart device that transmits a signal. Can be machine washed on cold or warm with a neutral de ...

@Giulianno_D It looks like he used the 3M one which I am starting to feel like I should just suck it up and save myself headaches by paying for that one lol.

I did see those EZDIY ones and one of them would be the perfect length for my build. But it's not in stock so I don't even know if it's cheaper than the 3M one since none of the sites I found it at had a price listed anymore. Sadly I can't seem to tell if they even still make the one length I would want.

@anon5205053 That's what I was kinda curious about, the 3M cable is separated and a little weird (looks very thick?) so I don't know if there's additional shielding laid out in that cable for a specific purpose, or if a careful application of RF shielding tape would net me the same benefit on a cheaper (much cheaper ~$15-20) unshielded cable with good reviews and be able to save myself 50% or more.

I do wanna get it figured out before I finalize my waterjet tooling for the stainless steel plate this is all going on lol.

i had this setup, and i didn't have any issues. (without shielding.)
(at most i had 3 cards in this old setup, 2 of them were using non-shielded pci-e raisers.)
(this one has 2 gpu's) 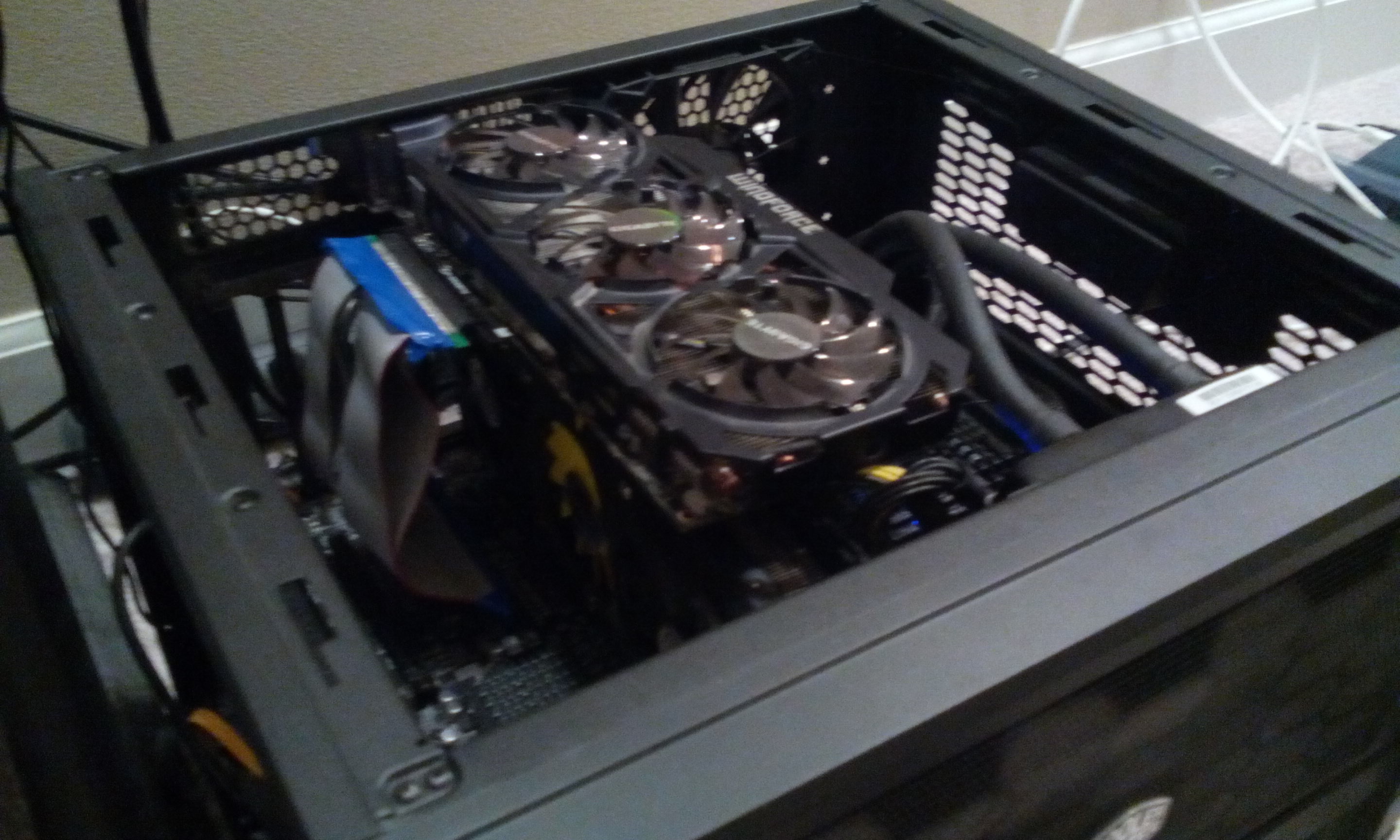 i didn't have any issues with interference.

There shouldn't be any emi issues, these are the same extenders/risers used in 24/7 workload PCs (bitcoin miners/servers).

NOTE: before you go any farther into this thread DO NOT ask why I built this please read the entire OP, I will aim to answer all questions before they are asked TL;DR: none for you, read the whole thread yah lazy bahstard BEGIN So one fine day at work my supervisor came up to me asking me if I wanted this [image] A case originally meant to haul around a projector and all its gear, he came by it because the person it belongs to no longer works where I do. And stuff like this just collects in my lab. SO MY IMMEDIATE FIRST THOUGHT Let's put a PC in it END PROLOGUE Just trying with some parts on how to go about this [image] Obviously I wanted this thing to close so a tower cooler and vertical GPU were NOT HAPPENING ALTERNATIVE BUT EQUALLY FAILED POSITION [image] Finally I settled on where to put the guts [image] hot-knifed hole for the PSU [image] [image] hole for I/O (yes this pic was taken after the PC was built, deal with it) [image] I am currently in the process of making a locking, protective cover for this now to put the GPU somewhere... Since I am so fortunate to work in a prototyping lab, I naturally have access to 3D printers So I used Onshape (free online CAD) to adapt a bitcoin mining test bench I found on thingiverse [image] [image] My printer is capable of embedding fiber some I threw some fiberglass in there (that off white stuff) the rest is proprietary Nylon 6 which is the only "filament" this printer can use THINGIVERSE LINK TO UPDATED MODEL OF BRACKET

Word of warning when manually adding shielding: this adds parasitic capacitance. This might or might not be a problem.

@kewldude007 So...another vote for the expensive 3M cable :P (also managed to remind me I forgot to put a spot for a critical component! My power button!)

I can confirm the EZDIY NEW PCI Express 16x High Speed Riser Card-25cm from amazon which is sold out works wonderfully. I have a Thermaltake Core P3 case and has never had an issue with this riser cable. If you can find one get it.

i think the only problems exist when you push sound card through a riser cable.