Just like it says in the title. Run the benchmark, screenshot it and post it up! The more tabs displayed the better, but if you just want to show the score that's fine.

I'll start it off: 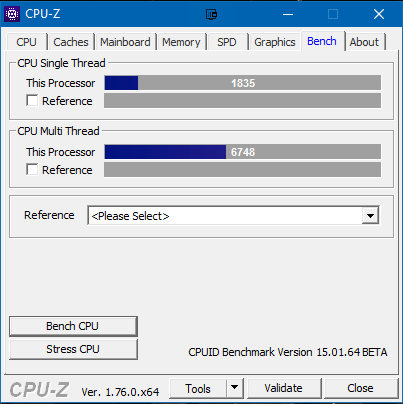 @KuramaKitsune this thread is about the cpuz benchmark lol

That isn't the CPU-Z benchmark though, that's Cinebench. :P

There's already a thread for that. https://forum.teksyndicate.com/t/cinebench-r15-cpu-overclocking-score/60715

that is fascinating how you're CPU beat mine in multi thread...

cranked my cpu back up to 4.8ghz 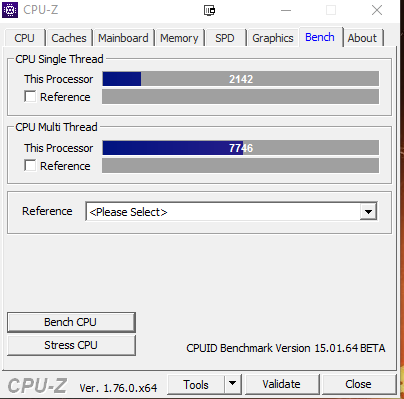 Probably an integer math based benchmark, which would leverage the 8 integer units in an FX chip. 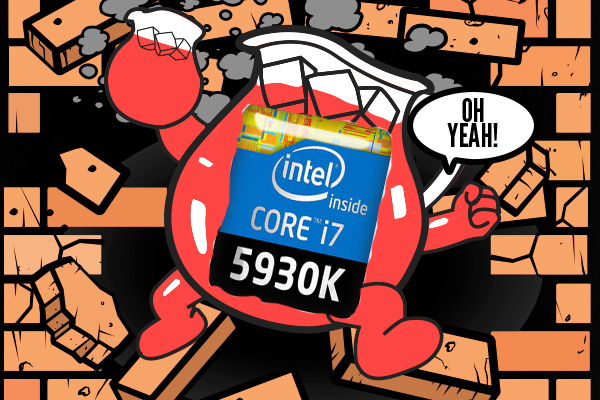 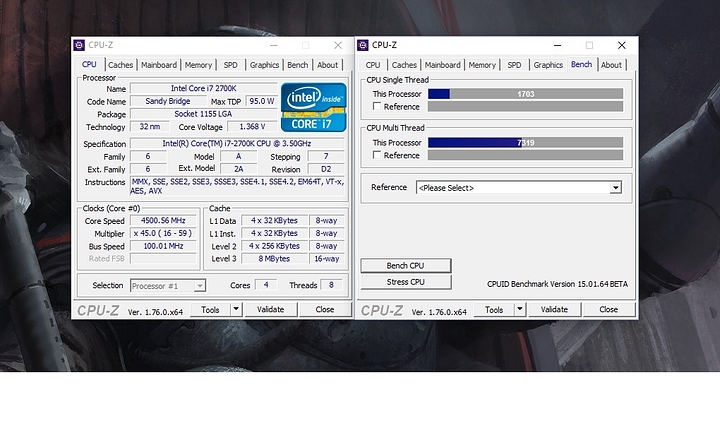 This is using a CG8565 Motherboard. Motherboard is from an ASUS ROG Desktop with a non-manual configurable BIOS. So I am 100% sure the Voltage could be lowered for this 4.5 OC.

I find it hilarious how respectable 2nd generation Core series processors are. Puts their new stuff to shame. 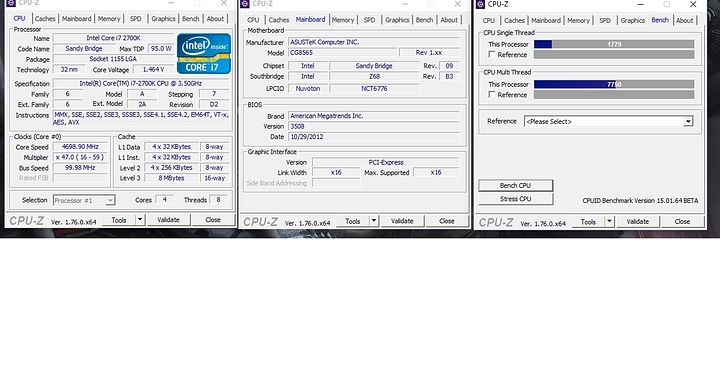 Just as a follow up, this is 4.7Ghz with stupid voltage because of the board again lol

I tried to sign up on their site and no go. Not sure what the deal is. Anyway my CPU-Z Benchmark Scores would not be very interesting considering I am running everything at stock on this pc right now so you are not missing anything by me not showing them. LOL!

Hey, you should post them anyway @DeViLzzz. I work at a computer repair store and I will for sure be posting a lot fo CPUZ Screenshots over the coming few weeks of systems that come in for repair. lol!

I'm sure it's because you're clocked in at 5Ghz where im sitting at 4.7.
So your clock speed is giving you the edge in SC vs MC.
My MC beats your MC just because of the extra threads.
You can even see your i5 dominates the FX cpu in SC performance. lol!

Not in this case. CPU-Z benchmark doesn't seem to take advantage of HT all that much and just seems to test the many Execution units it has.

For instance my 5930K has 6 physical cores. But since It's hyper threaded I have 12 logical ones. 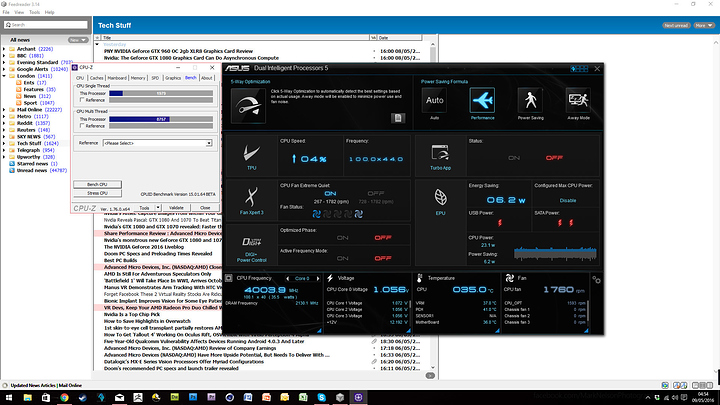