Revised Post:
The Ryzen 3000 series is great and you get better value for money vs the Intel counterparts in the price brackets. Though I think you could get more value out of this launch of CPU more bang for your buck and I think you would find that value in the last generation ryzen 2000 series CPU’s the 2700 and 2600 CPU to be more precise.

Now to be clear I am not saying the 3000 series is terrible value, its great especially as you compare it to its Intel counter parts. I am also not saying Intel is terrible the whole point of this is show you that you could be a little smarter with your money now if you don’t care and just want the latest and greatest and willing to buy that day 1 no cares given this post isn’t for you friend but if your interested in getting more value for your money carry on reading.

Now I am someone who builds PC’s as a side gig in my brothers business my brother highers me as I know the markets better than he does when it comes to this sort of thing so when he gets customers who are looking for more than an I3 8gb 256gb system they get sent my way. I always try to build that customer a machine that will work great for 3-5 years and has amazing value for money we offer free support to on those systems. 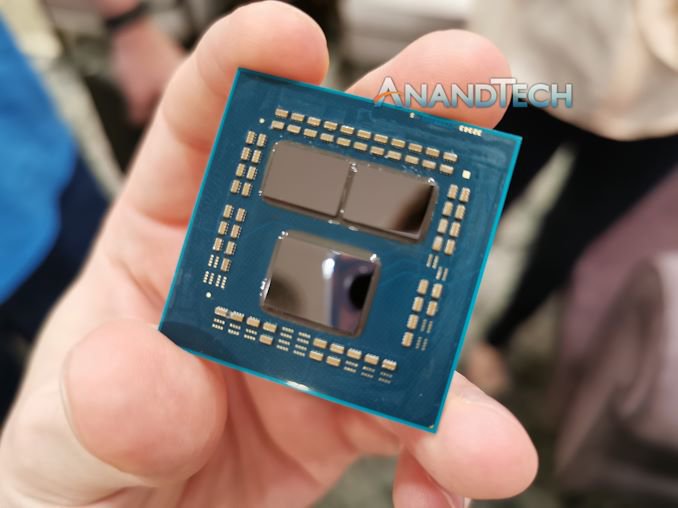 ^That’s a link to a reddit post with the average perf difference of newer cpu’s compared to the last gen and rivals.

Ryzen 3000 looks absolutely great and AMD have done a really good job kinda if you excuse this somewhat messy release though I am sure performance a month from now after many fixes will be better but even with a lot of the issues were seeing its still a great product stack.

Now on the point of this post the 2700… What a CPU that is right now currently around $200 in the UK smack an aftermarket cooler on that or not will only add another $30 is damn good value for money possible the best value CPU we have seen in a long time and its all because of the new release of CPU’s. I could buy 2 x 2700 and a 2600 for the price of 9900k at the moment plus the x470 MOBO prices are great you grab one of them and 2700, just swap the CPU out for 4th gen Ryzen when 5th gen comes out your going to get years of value out of these CPU’s of course hoping that Ryzen 4000 will use AM4.

Original post was misunderstood people got angry and confused I still kinda dont understand why as the original post isnt bashing or negative to the new CPU’s but I am going to redo it so its more friendly I guess and more clear. This will take me some time as I will being be doing a spreadsheet plus as of writing this I have other things to do so give me a day or to amend this.

Final note - I think posted this too early should of left it a week or 2 to post I think this would of gotten a more positive response and conversation. You guys better get those x470 boards before there all gone!

Im pretty impressed with the Zen 2 cpus and as a 1700 owner and part time gamer. Id like one.

However I am still a ragging nerd and this promised 3950X is binned higher clocks. Threadripper could just go insane to 32+ cores.

If TR can hit good clocks like Zen2 ryzen. I will prolly just by that.Because reasons.

I have a good system and Intel has to respond to this outside 5Ghz gaming its always ruled. It’s a good time to shop later this year.

When a 3900x can walk up to the equivelant intel chip and shake the lunchmoney out of its pockets like its already doing, I’m impressed enough with that.

I am very impressed too dude would like to see the value of it in years time. My whole point is 2700’s (2600’s) value for money just destroys every other CPU on the market right now.

Definitely AMD will certainly see a sales surges November this year when the 3000 CPUs drop in price.

I would likely wait till somewhere september when the rumored 16 core chip,
might get released.
Then the prices on the Ryzen 7 sku’s might slightly drop again.
And maybe also the price of the 12 core Ryzen 9.

The 2700X will also not be a bad chip either as well.
But if you are in the market for a new system anyways,
then i would personally jump on the newest stuff.

Yeah the 3600 is a great CPU costs a little more currently and performs similar to a 2700 but when programs starting utilizing 8 cores mores the 2700 will shine brighter there than the 3600. I personally buy a new CPU/MOBO/RAM every 3-5 years. IMO I see the 2700 being better value for longer than 3600 but time will tell. I7 2700k still performs great and better than i5 3570k.

but when programs starting utilizing 8 cores mores the 2700 will shine brighter there than the 3600.

The 3600 has a higher base clock, slightly higher boost clock, higher IPC, PCIe4 and can utilize way faster memory. In a couple years the 2700 won’t shine anymore, it will just look way older than the 3600.

AMD is for poor people… confirmed?

This is AMD strength and weakness.

They cant beat intel in games because 5Ghz is king on even 2 cores. As soon as the workload is well threaded AMD races the performance up the CPU line past Ryzen 3000 to last years TR 2950X and 2990X. Because scaling rocks when coded for.

The new chips clock a little higher so even when cores are close. There doing well…However the cache on the bigger parts.

Intel is going to deal with it and it will not be easy.

I really don’t think prices will drop by September that is wishful thinking AMD really has no competition for the price brackets there in now if intel dropped the 9900k to 3800x prices then well this would be a very interesting year but that’s my wishful thinking. AMD knows what they got we will see price drops come November December though. 3700x is better value compared to the 9900k but the 2700’s value outshines both currently.

Jumping on the newest stuff all leaves you with headaches I find its fun but damn the issues new products have is annoying nothing beats product maturity.

I don’t really think so going off past processors, PCIe4 will be short lived as PCIe5 is very similar spec so won’t be hard to move to like 3 to 4 plus on top of all this even as enthusiast my self who builds pc’s for a job most people wouldn’t even unitize PCIe 2 really. I have full confidence the 2700 will be like Intel’s 2700 best value for years to come.

Do they really need to though, 5ghz is just marketing only people who really care are overclockers who will push there CPU’s like crazy when you get to the point where your over 120 fps in games I think it doesnt really matter what CPU your using and if you can achieve that 120fps+ at a lower price and power then you have pretty much won. Cache is the next big battle IMO and I am looking forward to it ryzen 4000 wont have core changes it will have cache changes

PCIe4 will be short lived as PCIe5 is very similar spec

Know one was talking about pci3.0 being a problem until AMD released 4.0 as in buy it now at a shop,

No, not at all. AMD is just pricing themselves fairly and competitively in a free market. You could make an argument for, look capitalism is working with AMD as an example and on the flip of that argument you could say that capitalism is failing using Intel as example. There is no poor mans choice as over half of the worlds population can’t afford AMD’s CPU but 75%(give or take a few) can’t afford Intels. So again no.

Erm what do you mean?

Erm what do you mean?

Go write the answer down on paper and report back ?

Marten your making no sense dude, no one is telling me to wait for PCie5, I was saying PCIe4 will short lived as 4 and 5 share a very similar spec in contrast to 3-4 which didnt 3 - 4 changed a lot and 4 - 5 changed little so we should see 5 before 2022 I imagine with the ryzen 5000 series on AM5 so its all 5s since AMD like doing that

To add Phison is working on there PCIe 5 controllers right now.