OK. I know since my last post here I was trying to decide between 2 3rd-party GPUs. At least I managed to make up my mind regarding that matter now knowing that 3rd-party cards CAN perform better all-in-all. But now I have an even bigger headache-inducing decision to make concerning my build project: Do I go with an RTX 2070 SUPER, an RTX 2080 or RTX 2080 SUPER for my GPU?

As far as overall performance goes with my build, I want a card that is really great or just outstanding for 1440p gaming. It’s just trying to decide on a GPU ever since Nvidia launched their SUPER lineup that has made things a little confusing. Plus, you’ve got to remember that the reviews you’re seeing on Youtube or online aren’t the best or the most accurate since people have different rigs for testing/benchmarking & not everyone does the same sort of benchmarks/tests.

But back to the matter at hand, I would appreciate it if someone could help me decide here! If anyone needs to view my build, I’ll provide a link to that. If you need any further details or just have any other questions for me on this, hit me up & I will do my absolute best to respond given my knowledge.

Thanks to anyone who can help!
Kyle

I found a 1080 Ti for around 300€ yesterday maybe thats an alternative?

Thanks for the suggestion, but I prefer to go with an RTX card for the ray tracing. Besides, you know Nvidia will at 1 point no longer support the 10 series cards, but that will be like a few years down the road.

Oh, okay, if you want to go with RTX maybe wait for Black Friday Sales for a deal or a combo or something.

Or check out r/buildapcsales for price drops. Unfortunately a lot of the time they post micro center deals tho. 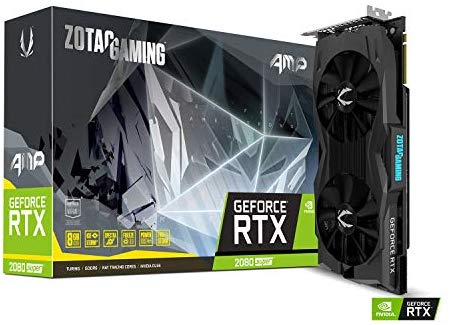 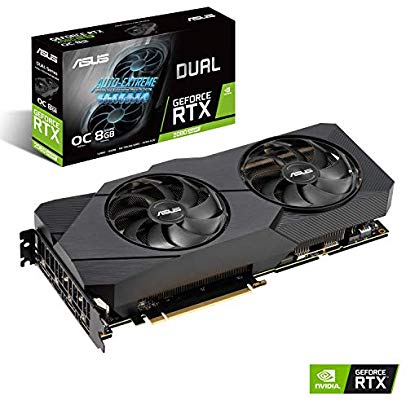 Personally I would change some aspects of that build but you do you boo.

I think the A designation officially went away in may so any of those would be old stock. Might be able to get a deal on those.

They’re still floating around but not at good prices.

If you shifted where you’re spending money on some of those parts you could get a 2080ti and not lose performance.

One thing I would change is the RAM. That RAM is super meh for the price. It’s got bling factor, but that’s the lowest of the lowest chip SKU used for the DDR4-3000 Trident-Z modules, OC on them is unexciting from my experience.

And that case is mega overpriced for what it is.
Also at 2k high refresh, you’re totally GPU bound so the 3700x with its extra threads is cheaper and faster. could stick with box cooler then too.
Also could raid0 2 1tb 970 evos for cheaper and faster without sacrificing storage.

I dont wanna crap on the guys build though. Its pretty solid for what it is. Everyones got an opinion.

Also could raid0 2 1tb 970 evos for cheaper and faster without sacrificing storage.

Oh god no. Please don’t ever recommend raid-0 to anyone asking for build advice

I’m at 2k 144hz on a regular old 1070 and I cant complain. Its not always maxing out the refresh on max settings but works great for most everything I play.

don’t ever recommend raid-0 to anyone

I dont see a problem with it. You should have backups anyway. I did it for years before nvme came along.

dont have to raid 0 either. one could be boot and the other game storage.

Well, from what I’m seeing so far, I will say I appreciate some of your suggestions. However, I’m not about to switch to Ryzen 3rd Gen if I’ll JUST be gaming. Besides, Intel is technically still king when it comes to gaming & I’m not really someone who edits photos, videos or anything like that. But as far as my original topic, I would like to see some more recommendations, suggestions, tips/advice on the GPU matter!

don’t ever recommend raid-0 to anyone

I dont see a problem with it. You should have backups anyway. I did it for years before nvme came along.

dont have to raid 0 either. one could be boot and the other game storage.

to anyone asking for build advice

It’s a safe bet that @jennings92 is not the type of expert user to go for a raid setup. Any cheapo NVMe disk with a large spinning rust backing storage is better. KISS principles.

A list of games you want to play would be more helpful to give you better recommendations.

CPU wise since you’re anyhow choosing a 9700K there’s not much in it between AMD & Intel systems anyhow. Especially at your chosen resolution you’re GPU bound as is, and by the time you’ll likely upgrade to a new CPU ^& GPU later, the platform (Z390) is out already.

Yes Intel is extremely likely to be doing that again for their 10nm desktop chips.