I haven't built a machine for a long time. I'm just starting to plan this one. After watching the Tek Syndicate Dual Xeon Workstation build videos I would like to ask your advice.

Notes: No gaming. No 3D. No co-processor requirements. No plans for overclocking. Expect workloads to be a mixture of CPU-bound/memory-bound/IO-bound. Pretty-much decided on air cooling. OS will be Windows 10, maybe Linux and other OS under VMWare. Might upgrade CPUs or graphics later. Location: Australia.

I've listed the parts that I'm considering below, along with some questions. I'm really interested in suggestions for alternate components that might better suit my needs.

Chosen to give more flexibility with RAM upgrades than the 8 DIMM models. Also considered ASUS Z10PA-D8 WS (ATX), ASUS Z10PE-D8 WS(EEB). Should I consider anything else?

These are relatively cheap second-hand compared to higher clocked, lower core-count models. The 2675 is cheapest, that's good, given that my goal is high core count.

I'm wondering whether memory bandwidth will be a problem with so many cores. In particular for Visual Studio parallel builds. What do you think?

4GB DIMMs chosen to use all 4 RAM channels for both CPUs.

I am wondering whether I'll have issues with RAM physical clearance and CPU coolers.

Seems like the main quiet and cool option. Are there others that will fit on a two-socket motherboard? (Noctua NH-L12? Noctua NH-D15?)

Has been used successfully by others with Z10PE-D16 WS and has received positive quietness reviews. Fractal Design define R4 was recommended by 2013 video. I'm open to other suggestions. Highest priority will be quietness and ease of build. Obviously I need something big enough for the dual processor setup (and maybe the EEB motherboard).

Chosen for quietness and SeaSonic manufacture.

Fanless. Will upgrade later if I need to. Will need to research driver DPC latency for audio applications. I'm open to suggestions.

I'd love to hear your comments and advice.

Alright well you have fun with that.

I don't know if there's other older Xeon 16 core options, but you could save like 1.5k going with a 4 16 core opteron build for the same amount of cores/threads, but naturally there wouldn't be as much CPU performance.

There's also the cluster option if you're into that, you could go with a bunch of 8320e machines and have way more cores overall

Are you sure you don't want a GPU with a lot of display ports for many monitors?

I hadn't considered PCI-e SSD, but that seems like a good idea for use as a working drive, if not for boot. Can you recommend anything? I started looking into Samsung 950 PRO M.2, but the Z10PE-D16 WS motherboard seems to only have PCIe x2 on the M.2 slot, so I'd need to use an adapter into a PCI slot -- I guess that could work. My current plan is to boot from SATA SSD (Samsung 850 PRO). The NVMe boot story for that motherboard seems a bit sketchy. No official Windows 10 support either. [EDIT: latest ASUS drivers apparently support Windows 10 and NVMe boot.]

After further research I'm tending towards Seasonic PSU for quietness and quality. $30 extra for the 1050W is an easy choice, but I feel like 860W is already overkill given the current spec.

It's possible that I'll add a GPU later. For now I'm happy with my single monitor setup. And I'm reluctant to buy something with a fan on it.

Probably the intel 750 stuff maybe, nvme drives seem to need fairly substantial heatsinks, M.2 might not be the best move

I think most of corsair's stuff just rebranded seasonic stuff

oh right, Australia. go for that then ya.

Yes, it looks like M.2 950 Pro can get hot in heavy benchmark workloads. Not sure what real-world performance is like. A heat sink adapter exists, which supposedly resolves the heat issue. It's not cheap: Angelbird Wings PX1 ($110)

All of the options are beyond what I was going to spend on SSD, but I will consider them.

You could just like buy a small heatsink and slap it on with a thermal pad, and I don't know how well the cheap adapter would work out, best to do things directly if at all possible 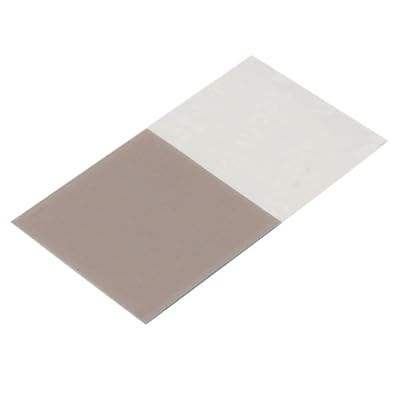 Some kind of M.2 to PCIe x4 adapter is required because the M.2 socket on that motherboard only has PCIe x2.

Well I dunno about AUS, but here's a decent adapter that's x4

and I guess the Intel NVME drives have better random read/write compared to the 950 drives, might be worth going intel just for simplicity's sake, you're already spending a metric shit ton on the PC itself, why worry about $100 on the drives?

Why dual xeons? If you're willing to kick out as much cash as needed, theres newer xeons that do 4 times, probably, as much work as the 2 older ones. There are boards for it but I am curious as to why.

Mostly for flexibility. The 2 socket thing is an experiment. I'm looking to scale some algorithms that I'm developing. Being able to evaluate these algorithms on multi-socket setups is helpful. It will give me first-hand knowledge that is valuable for my product and my work. The conclusion may be that multi-socket isn't worth it (for my algorithms and/or for my users.) I'm balancing that risk with the hope that I can scale my Visual Studio parallel builds over both sockets.

I'm over my budget now. If the budget really was unbounded, and I planned to build another complete system in 1-3 years, then a single-socket X99 solution with a faster CPU may well give better raw performance. But it would be near the top of the "upgrade window." I like the idea of having an upgrade path. I figure that if the E5-2675 v3 setup isn't optimal, in a year or two I can swap in faster, maybe lower core count CPUs -- and they'll be cheaper on the second hand market than they are right now. Worst case I could even switch to a single CPU -- the Z10PE-D16 has enough DIMM sockets to reuse all my RAM on a single CPU.

I can see what you're talking about. I've never really had the high end before when it was actually high end. I'm using a phenom x4 and plan to get an x6 and a 380 and an am3+ board for later upgrades then to am4. I like the idea of a build and upgrade path too I've just never used multi-cpu setups XD

theres newer xeons that do 4 times, probably, as much work as the 2 older ones.

Aremis, I forgot to ask you something. My CPU choice is:

Is there really a single CPU that would do 4 times as much work as this?

Really just a guess but probably not. As I said, and I didn't know your situation, never used a dual CPU setup and they've kinda gotten kicked aside nowadays. For dev work you're definately good. Might do better with newer chips but the question of finding a board is one to be answered. Let me know how it comes out though!

Thanks. That board supports Broadwell-EP. Support was added in a firmware update in late 2015.

AM4 is coming next month apparently, might as well jump on then if it's priced decently, the desktop carrizo chips will be out on it.

I thought that stuff was slotted for Q4?

That's zen CPUs, the motherboards themselves are supposed to be out in march

For reference, here are my known options for M.2. PCIe adapter with heatsink:

These guys recommend a heatsink with the PRO 950, as it thermal throttles during sustained file copying: 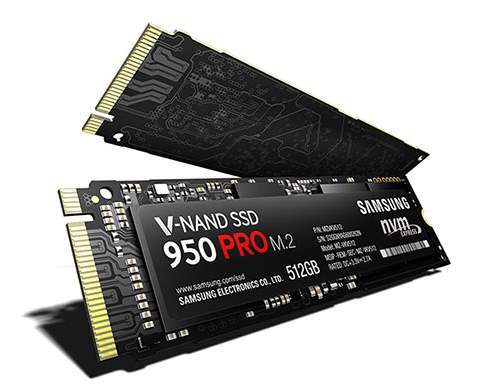 The Samsung 950 Pro is the successor to the Samsung SM951 and their first retail M.2 drive. While this drive does run cooler than previous M.2 drives from Samsung, it still has some throttling issues due to high temperatures. Even with that, this driv...

Going to want the x4 adapter naturally, and ya heatsink's good, but I guess it depends on weather you want general read/write speed or random speed vs the 750 SSDs.

If system stability isn't a major focus though you could always just RAID 0 sata SSDs to get 1GB per second basically. just have a back up of everything that's regularly updated.