I want to install some old games such as Heroes V and NFS Most Wanted on my Ubuntu 19.04.

I don’t want to use Lutris, I’ve tried it, it’s somewhat usable but doesn’t really properly function as soon as you mention mods.

I would like to use a non-steam installation such as the GoG version I have too and run it again via ProtonDB, but without using Steam at all.

Is such thing even possible?
Does someone know how to build ProtonDB for usage with Non-Steam games?

p.s. I am in the process of trying to figure it out myself, but if someone already knows the way please put it down in the comments below.

You could try this. Just make a copy of proton from Steam and you can use that to launch none Steam games.

Putting this here incase anybody wants to experiment with non steam games and proton Make a copy of the default prefix somewhere ( ~/.proton in this case ) cp -r /home/dje4321/.steam/root/steamapps/common/Proton\ 3.7/dist/share/default_pfx ~/.proton This prefix is where all of your specific changes to proton should be made for stuff like winetricks, etc. This will preserve the game specific prefixs or generic wine prefixs. STEAM_COMPAT_DATA_PATH=/home/dje4321/.proton/ /home/dje4321/.steam/root/steamapps/common/Proton\ 3.7/proton waitforexitandrun ./game.exe STEAM_COMPAT_DATA_PATH needs to be a absolute path to whereever you copied the prefix too. replace ./game.exe with the path to your executable and it should launch it like normal. Some games might fail any steam specific DRM checks since it cant connect back to steam properly.

You can also use Lutris as it autodetects installed proton environments from steam. Or just use tkg-protonified runners.

The source code is provided to enable advanced users the ability to alter Proton. For example, some users may wish to use a different version of Wine with a particular title. 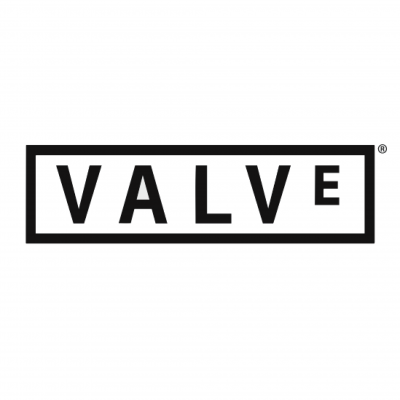 I haven’t used it myself but I believe that is a starting point. FYI ProtonDB is the database for games working (or not working) with Proton on Steam, so you may want to leave the DB part out when doing searches. I’d imagine places where people mess with Wine and PlayOnLinux might have more info. Although as mentioned above, some people will purposely install a non-Steam version of a game on Steam to make use of Proton, but again I’m not well versed with the specifics of it. The Linux Game Cast guys are always messing around with this type of stuff so maybe you can ask on their forums.

I’m also looking into doing this.

Was the OP able to compile the source code and achieve functionality?

If you are using Lutris, You can choose what ProtonDB version to use. Lutris detects it. I’ve used it to play Star Wars Battlefront II and Battlefield 4. Go into the runners options and change it to what you need.

note: EA games don’t properly work anymore. I have not been able to play online with Battlefield 4 since November and cant play Star Wars Battlefront II since December without the game crashing once I try to go online. I still try occasionally… 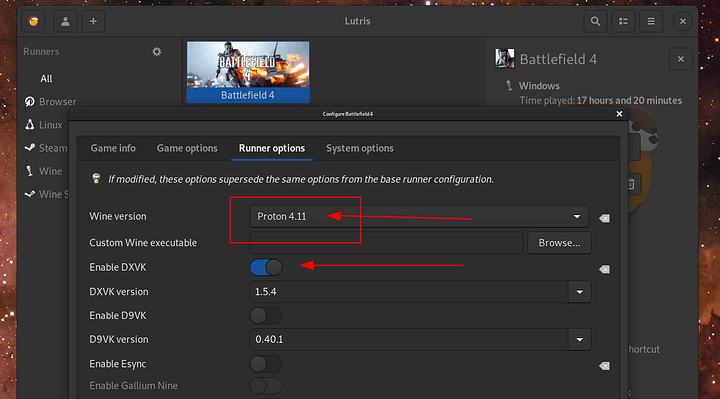