Microsoft presented a proof of concept for storing data in glass.
They managed to put a movie onto a 75 x 75 x 2 millimeters thick piece of glass.

Why are they doing it?

How does it work?

Project Silica’s infrared lasers encode data in “voxels,” the three-dimensional equivalent of the pixels that make up a flat image. Unlike other optical storage media that write data on the surface of something, Project Silica stores data within the glass itself. A 2-mm-thick piece of glass, for instance, can contain more than 100 layers of voxels.

To read the data back, machine learning algorithms decode the patterns created when polarized light shines through the glass. Unlike tape storage – which takes time to spool to get to the place you want to read back – the algorithms can quickly zero in on any point within the glass square, potentially reducing lag time to retrieve information.

I am curious how fast will glass supersede tape for long-term storage. What do you think?

Time-stamped for your convenience

I think it’ll take some hefty processing power to decode and play it… But that might be some kind of Blu-Ray sucessor I guess (?)

They managed to put a movie onto a 75 x 75 x 2 millimeters thick piece of glass.

Also, I would assume that that Superman Movie he is talking about is in its RAW uncompressed form. So if we had compression on there we could store more movies.

A single movie at that physical size is actually pretty terrible compared to flash memory, but as a new technology it can only get smaller from here.

It should also be interesting to see how it ages. Current storage mediums can all wear out eventually, but glass is (physically) pretty stable and shouldn’t require anything other than a beam of light to function.

Which is surprisingly close in size to the pad of sticky notes on my desk.

Lol. Thanks for the right maths. I done something other then multiply the two numbers.

Glass is a liquid. What effect will that have on long term storage?

There’s been a bunch of “encoding data on X material” in the last decade or so. None of it’s seen primetime. I’m not sure what would differentiate this.

Wow this is cool. So is spinning glass instead of rust gonna be a thing in the future

I’m curious about performance though.

In theory it could be similar to that of LiFi concepts

A flash chip is like .04 cubic inches FYI. Much smaller.

Maybe we’ll get some actresses interested in this then.

Thinking about it, is this just a more fragile, more expensive BluRay?

Woah. People were looking at glass storage for a while now. 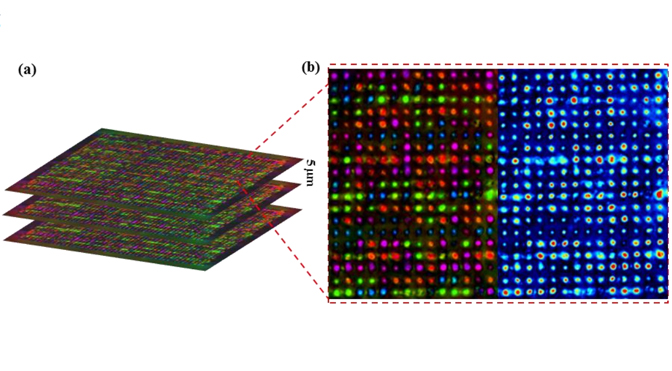 Scientists at the University of Southampton in the UK have succeeded in creating five-dimensional (5D), ultra-high-density storage on standard silica glass discs that, unlike DVDs or Blu-rays, seem to be capable of storing data for an unlimited...

Thanks for the link, this piece was written miles better than the MS news article

Maybe finally MS are confident enough in the technology to seek adoption. I can only imagine how cool it must be to be the scientists behind new technologies that get commercialized.

Which is surprisingly close in size to the pad of sticky notes on my desk.