You probably have MBR on your hard drive, right? This is a file system that supports only upto 4 primary partitions. You'll need to create an extended one and more partitions "under" it. You might want to just merge your partitions instead.
On which step of the installation does it show?

You mean when you want to load the image? Please give me models, partition table type and number of partitions on your drives, your mobo model and what you have the iso on.

Just give me a screenshot of your partitions. It could be worth it to try with old good DVDs.

umm how do i find my partitions?

umm how do i find my partitions?

In "My Computer". Are you sure that you want to install Linux? I think it might be not the best idea if you don't have knowledge about such things as partitions. Well, unless you want everything to be wiped from your hard drive. 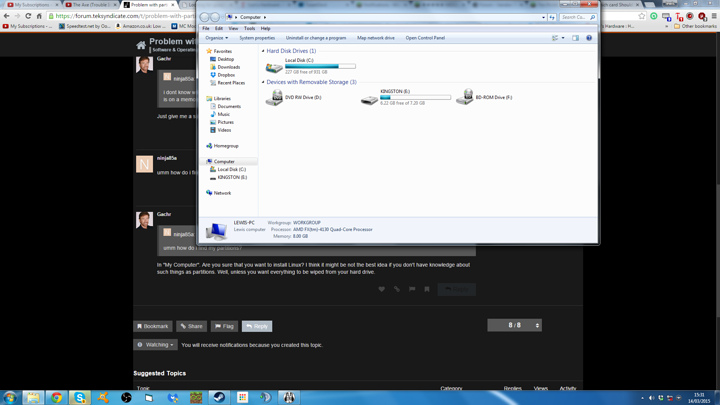 Looks fine, it must be something with the memory stick. Try formatting it and writing the iso again, maybe with another software. If it won't work, try changing boot settings in bios. If that fails too, you'll need to use old good optical mediums.

Do you want to dual boot Windows and Linux, completely wipe the drive or maybe something else?

i want to dual boot them to see if i have more fps in games then in windows so what should i format my memory stick to?

Type "partition" into the start menu. It should show something like "manage partitions". A partition is a " part" of a drive. Your screenshot shows drives, so one level above what you need.

That performance boost is only in certain games. Are you installing Ubuntu? 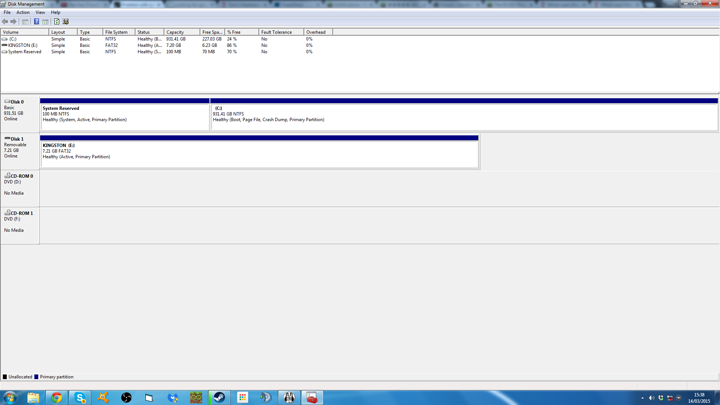 i want to dual boot them to see if i have more fps in games then in windows so what should i format my memory stick to?

FAT32. I think that you will need to free a bit of the HDD space. Then remember - when you are installing it, choose the option that says "Install Ubuntu Alongside Windows 7", then choose your C partition and take at least 50GB from it.

There was a huge boost for me in Metro: Last Light when I had a good GPU and an old dual core. 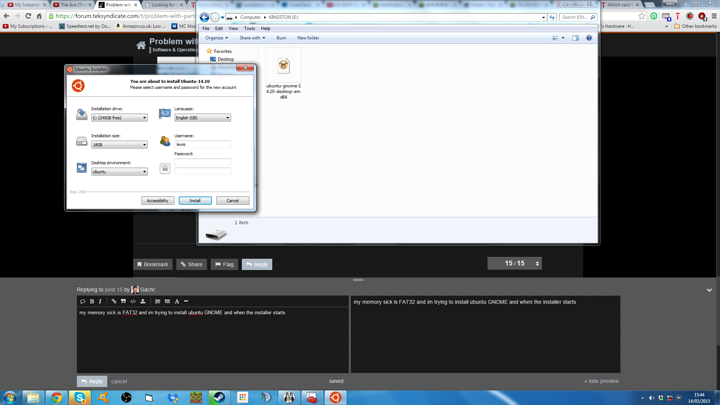 Ohh no man, that's not the way you do it. I think you should really watch some YT videos about it. What you need to do is restart your computer and in boot priority in your BIOS make the stick boot before the drive.

I know this feeling... you can also try another software to burn the iso onto the stick.

wait i have to burn it to the usb? or can i just copy it on it?